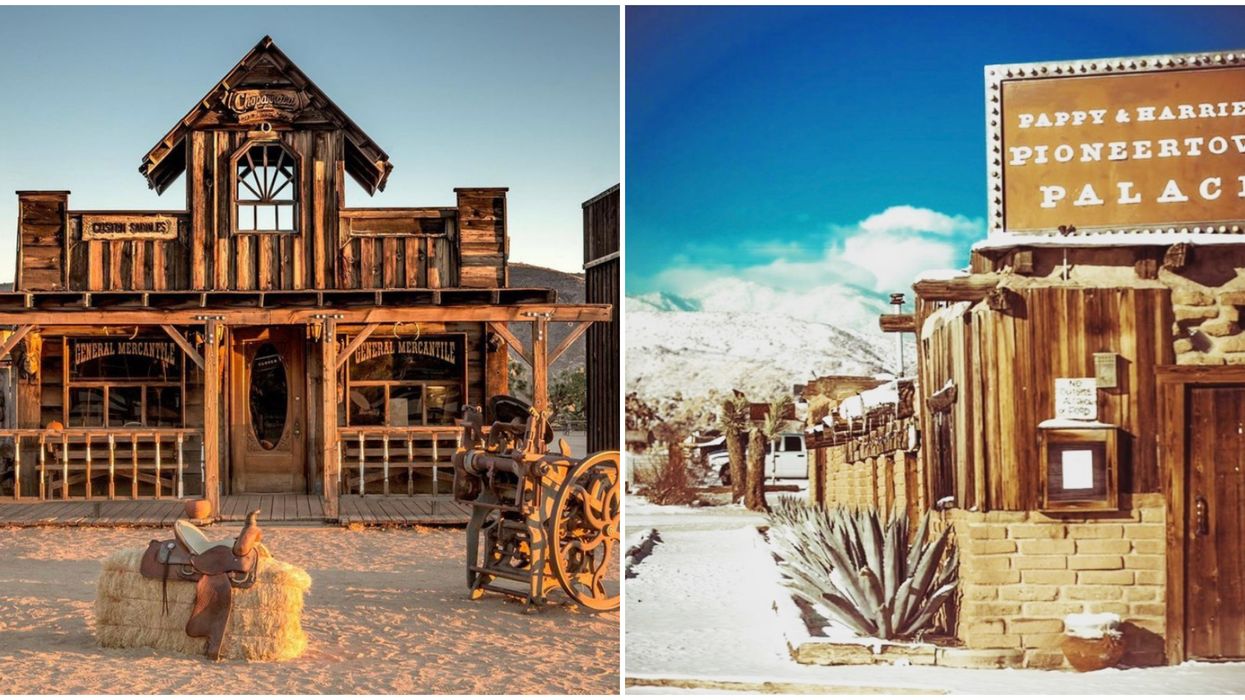 In the middle of the Mohave desert in Southern California, just above Palm Springs and close to Joshua Tree, is a real Wild West town come to life just waiting for you to step onto its dusty roads and transport yourself into the past.

This is Pioneertown, a town that was built as a film set in the 1940s, but unlike other film sets in California, this one was meant to double as a real town, and it's still around today as just that.

The biggest pull of the town, which is pretty small and kind of a tourist attraction in and of itself, is a four-block-long main street playfully called "Mane Street."

Editor's Choice: 7 Magical Small Towns In Western USA That Look Straight Out Of A Christmas Movie

On Mane Street, you'll find a few shops and a restaurant.

The ever-popular Pappy + Harriet's is also located in Pioneertown and is a haven for BBQ, live music, and nightlife, Wild West style.

It's a toss-up as to what's better, their patio ambiance or their BBQ, and the answer is both of them.

There's an old-timey saloon called The Red Dog, which has been around since the town's creation in 1946.

There is one motel in Pioneertown, and only one: The iconic and ultra photogenic Pioneertown Motel, which features 19 guestrooms, a common "Canteen" room, event space, and more.

However, you're sure to find some Airbnbs nearby if they're all booked up.

Travel United States of America
Discover Narcity
Get the latest and greatest stories every day in your inbox.

This Ontario historic home for sale is nothing short of spectacular, and it's surprisingly affordable.

Located in the quaint town of Plattsville, the four-bedroom Victorian home is on the market for $749,999.

Elon Musk & SpaceX Want To Create Their Own Texas Town

The name is quite fitting. 🚀
Hutchinsphoto | Dreamstime SpaceX | Youtube

Elon Musk made the move to the Lone Star State in late 2020, putting him closer to current projects in the works at SpaceX and Tesla.

Now he is looking to officially incorporate the small town of Boca Chica Village, where SpaceX is currently test-launching rockets, and give it a more fitting name.

It is one hour from Toronto.
Netflix

Fans of the show might recognize the picturesque town of Cobourg.

A group of Toronto tenants took their complaints about evictions and building conditions straight to their property management company.

On Monday, February 15, members of the Crescent Town Tenants Union brought cockroaches they allegedly caught in their buildings and dropped them on the front porch of Robin Bookbinder, the VP of Finance at their building's management company.