The thieves sped off with the man clinging to the vehicle. 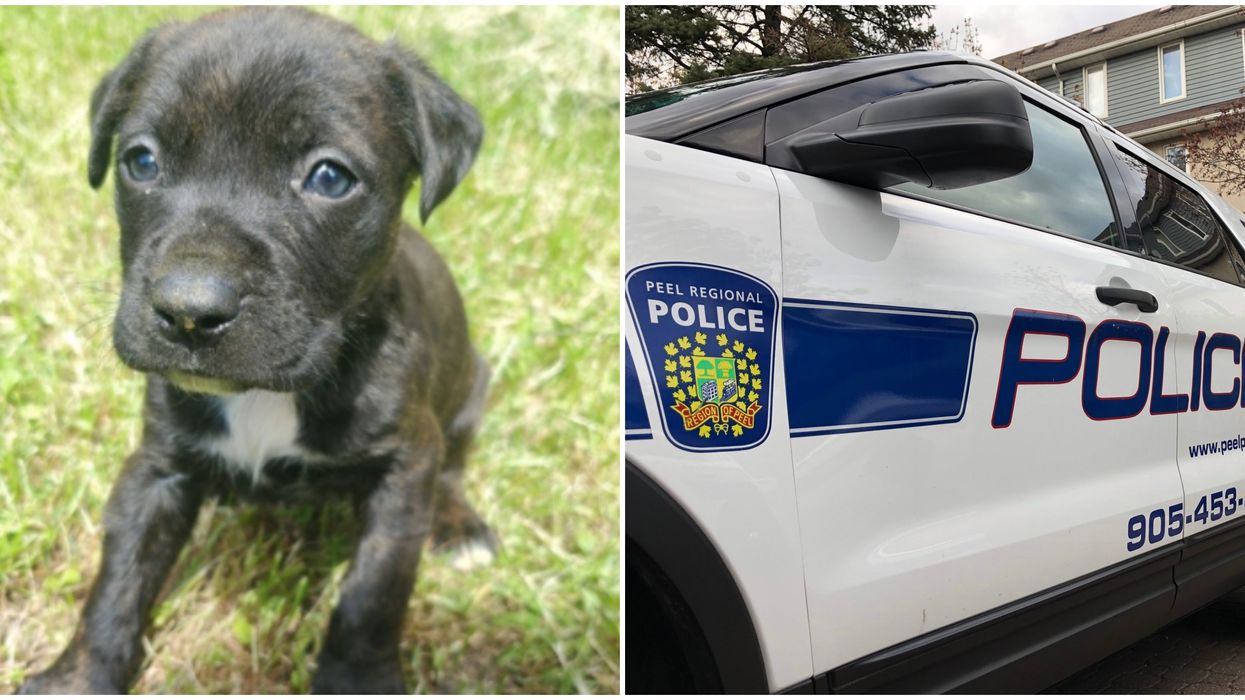 This is the sort of tail you don't hear every day. One man risked his life to try to prevent a Brampton puppy theft on June 1. Thieves sped off with the two little dogs despite the man's attempt to cling onto their vehicle, and police are warning they may be trying to sell the pups in the Toronto area.

According to Peel Regional Police, investigators are looking for three men who are accused of stealing the dogs on the evening of June 1.

At about 7:15 p.m. on Monday, officers say a man selling two bulldog puppies was set to meet three other men in the area of Bovaird Drive and Conestoga Drive in Brampton.

While the deal was being made, the seller soon realized that the men were actually trying to steal the poor pups so he quickly tried to retrieve them.

In his efforts to prevent the theft, the man was assaulted. The group managed to flee the scene in a white 2017 Hyundai with the license plate CDWP 974.

However, the attempted seller was able to follow the thieves and while they are stopped at a traffic light, he made a dramatic attempt to recover the puppies once again.

After realizing what was going on, though, the suspects put the pedal to the metal and sped off, even dragging the victim for "a short while," according to police.

Peel officers say they have reason to believe the suspects might actually be trying to sell these puppies in the Toronto region.

So, if you're on the hunt for an adorable puppy, police are asking you to make sure you "question the source" to ensure you're making the right transaction.

Pet stealing seems to be a lot more common in Ontario than you'd think.

Back in December, an outrageously bold theft saw a woman in Toronto have her dog stolen from her while she suffered from sleep apnea at a TTC station

Another instance saw a man steal a dog after asking if he could pet it.

We've all seen a puppy that's so cute you want to smuggle it back home with you, but this is something else.