Massive 'Defund The Police' Protests To Be Held In Toronto Tomorrow

Cities all across the country will be taking part. 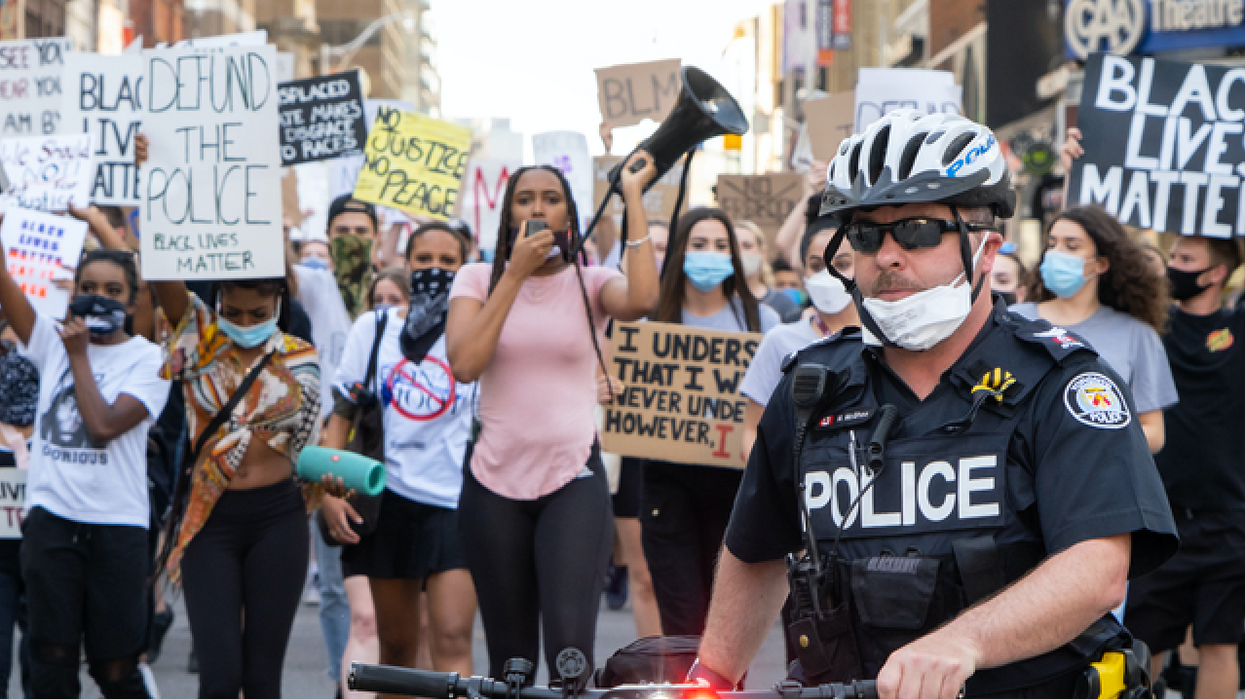 Toronto will join other cities across the country in a protest demanding officials defund police. The day-long demonstration consists of two marches, one at Downsview Park and one at Christie Pits Park.

“We demand our basic human right to live peacefully with the equitable opportunity to live our best lives, take care of our families and support our communities,” states a release from the organizing group.

The nationwide demonstrations have been organized by the Coalition for Black, Indigenous and People of Colour (BIPOC) Liberation and are expected to include at least seven cities.

Some of the demands made by CBIPL include reparations for BIPOC communities, to remove the RCMP off Indigenous land, the decriminalization of sex work and drugs, and to remove law enforcement officers from schools.

Organizers are asking all three levels of government to reallocate police funds and to take real action in solving systemic racism.

Protests have been ongoing across the coutry throughout the summer.

Last month, organizing groups Not Another Black Life and No Pride In Policing Coalition held a demonstration outside the Toronto Police Headquarters.

New action organized by @notanotherblk and @BLM_TO who gathered in front of the Toronto Police Services headquarter… https://t.co/aowkOftxc4
— Robin (@Robin)1594917905.0

The Toronto movement has been fuelled in part by the death of Regis Korchinski-Paquet.

Korchinski-Paquet fell from her balcony in May after Toronto police were called to her apartment in High Park.

Initially, the responding officers were implicated in her death.

On Wednesday, the SIU determined Toronto Police were not at fault, causing outrage from advocates and the public.

Organizers are asking anyone who is planning to attend the August 29 day of action to wear masks and maintain social distancing.