Trudeau and Ford are miles apart on their COVID-19 response plans. 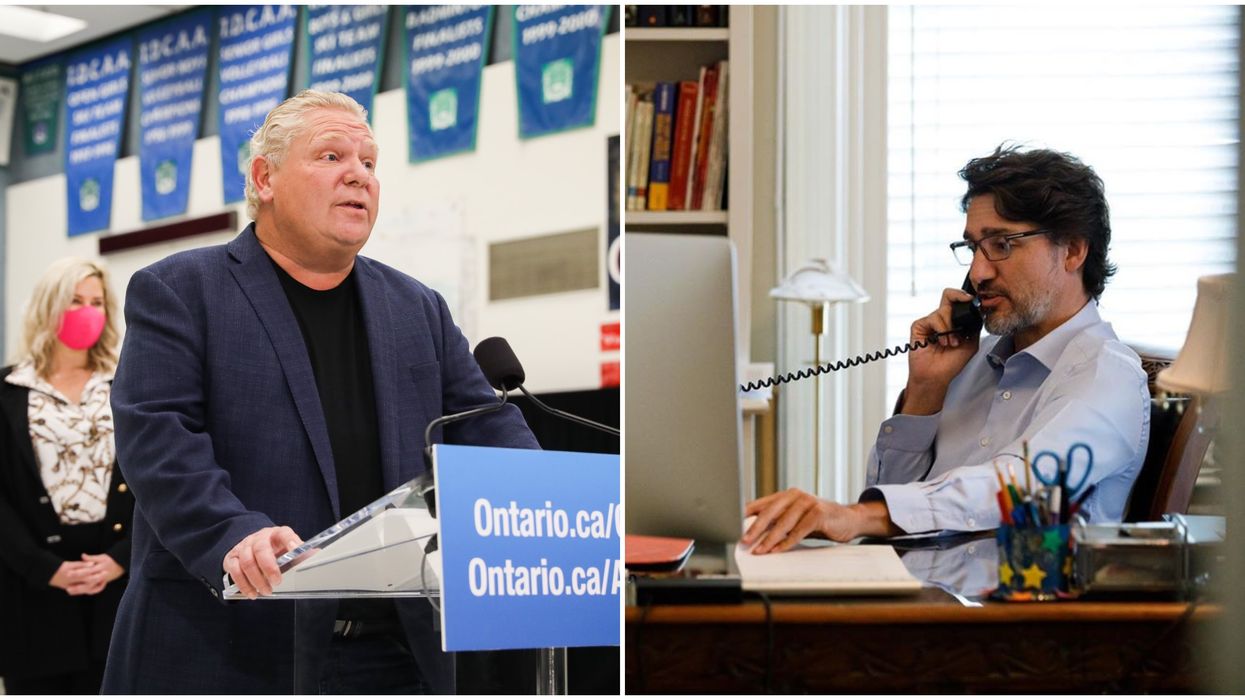 In a press conference on November 10, Trudeau told reporters that he thought provinces needed to "do the right thing" and enforce tighter restrictions in order to cut down on rising COVID-19 cases across the country.

This warning comes just a day after Ford said in a press conference that he wanted to get rid of Ontario's mandatory 14-day quarantine for international travellers and just use rapid testing instead, whether or not the federal government approved.

Editor's Choice: Trudeau Says Provinces Shutting Down Is Better Than Hoping The Virus Goes Away On Its Own

I'm imploring the premiers and our mayors to please do the right thing. Act now to protect public health. Justin Trudeau

Justin Trudeau didn't specifically mention Ford, but he reminded Canada's premiers and mayors that they need to continue working with the federal government.

"If you think something is missing in the support we're offering for your citizens, tell us," Trudeau said.

Doug Ford responded to Trudeau at a press conference later that day, saying the only support he needed was financial.

"I want to thank him for his ongoing support, but we need more support for businesses. That’s what we need," Ford said. "Financial support. I’d be more than happy to sit down and talk to the PM about that support.”