Staff filled 15 bags of trash cleaning up after the visitors on Saturday. 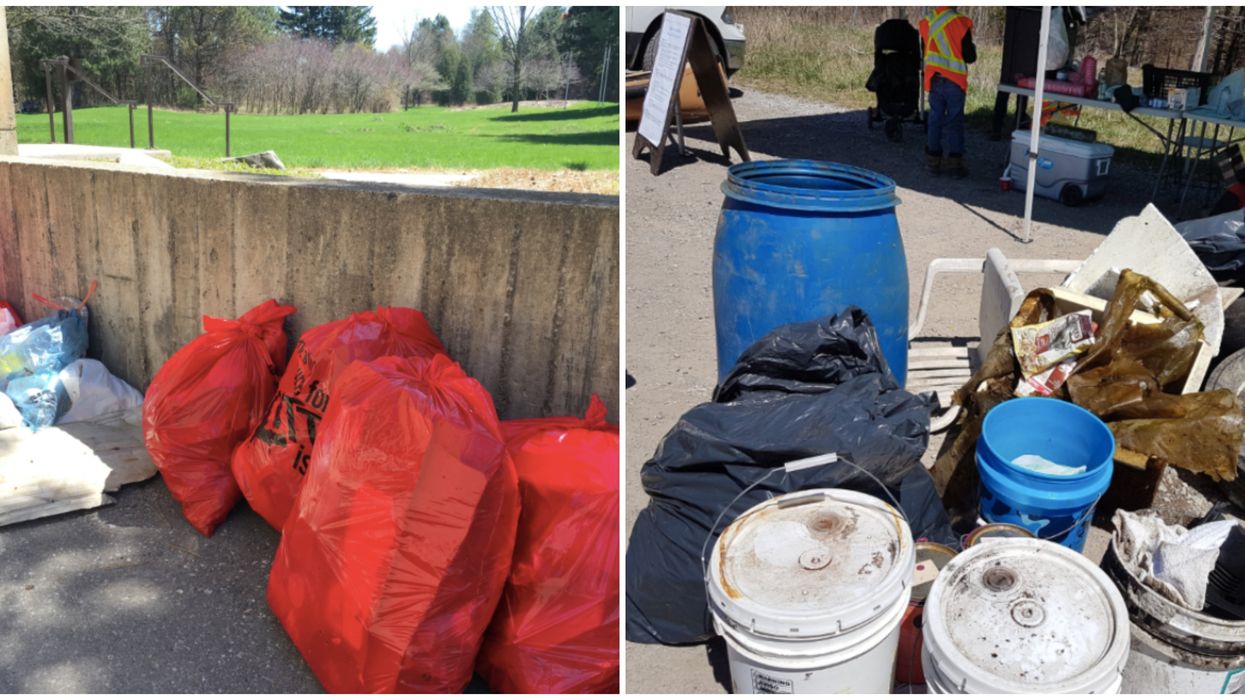 Some of Ontario's provincial parks are taking a step back after recently reopening to the public. The Grand River Conservation Authority (GRCA) has announced that they will be temporarily closing four of their nature sites after people were seen overcrowding and littering. They will be reopening again on June 15.

In a news release, the GRCA stated that Belwood Lake, Elora Gorge, Guelph Lake and Rockwood conservation areas would be the ones taking a break from visitors.

Their statement says that people have been leaving behind "a considerable amount" of trash and congregating in large groups.

Since provincial parks reopened in May, people have been eager to get out and enjoy them.

However, the enthusiasm has led to severe overcrowding issues, with large groups showing up together and not following physical distancing rules, according to the organization.

Furthermore, some have been caught accessing the green spaces and beaches without paying entrance fees.

Now, the GRCA is finding that due to the bad behaviour of the visitors, the sites will now be closed for the weekend.

“Given the limited staff that the GRCA currently has in place, and the work we need to complete in order to prepare our conservation areas for additional activities, we are temporarily closing the parks where we’ve had the most significant challenges,” says Pam Walther-Mabee, Manager of Conservation Areas.

“We are taking this action so that our staff can focus on completing this work, rather than managing capacity and enforcement issues.”

In a tweet on June 6, the company warned residents of their plans to block access to the parks if the disregard of rules continued.

I have been so excited to have my daily walks back at Puslinch tract since @grandriverca @grandriverparks however m… https://t.co/n4cUR0HJmf
— Rachael (@Rachael)1590670969.0

According to CTV News, park staff were forced to clean up after visitors, and they filled 15 garbage bags of trash.

Employees of GRCA even had to delay the opening of the nature areas on Sunday because of the immense cleaning up that they had to do after Saturday.

GRCA will be allowing access to some bathrooms on the sites starting June 15, and more beaches will also be accessible.

They are asking people to please respect safety measures in the early stages of reopening.

“As the GRCA reopens, the health and safety of staff and the community remain our highest priority," says their statement.