You can actually shop at the convenience store! 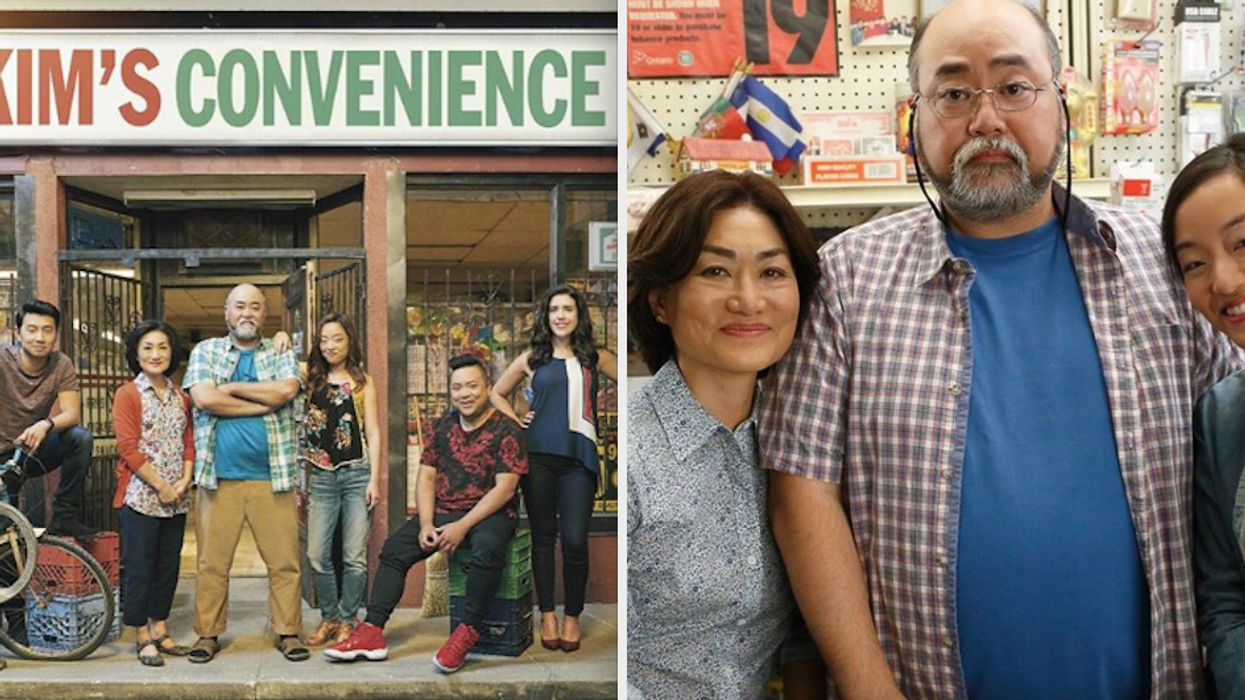 It’s been airing on CBC since 2016 and is currently in its fourth season. Filmed in the heart of Toronto, these Kim's Convenience filming locations are places you should totally check out on your next downtown adventure.

The comedy series stars Simu Liu, Paul Sun-Hyung Lee, Jean Yoon, Andrea Bang, and Andrew Phung who are part of a Korean family living in Toronto that runs their own convenience store.

Liu was born in China but raised in Mississauga since he was five-years-old according to IMDb. He stars as Jung and was recently cast as Marvel's first Asian superhero, but rest assured he will be returning back to his Toronto home to film a fifth season of the series.

Thankfully, we'll be getting more comedy from the family you know and love. You might just feel like you're on set if you visit some of these eight production locations.

Located at 252 Queen St. E, the convenience store has officially changed its name to Kim's Convenience after becoming part of the show. The Star claims that owners Yong and Kyung Chung had no issue renaming the store since Mimi wasn't an actual person.

CBC only uses the store for outside shots, but inside is still open as a regular store for customers to browse through. It even has a 4.8 rating on Google reviews.

The Christian church located at 3194 Weston Rd. in North York has been used in a few episodes according to Movie Maps. That includes episodes 8, 9, and 13 from season one and episode 7 from season two.

The Toronto movie studio located at 915 Lake Shore Blvd E. is used as "the interior of the store" which "is shot on a soundstage" according to The Canadian Encyclopedia.

Downtown Toronto's Grange Park was used in an episode back in season one. It's location is between Beverley St. and McCaul St. near the Art Gallery of Ontario and features fountains, picnic tables, and a jungle gym.

In episode two of season two, Alexandra Park was used where Jung and Kimchee "spot a sketchy guy with Shannon's bike" according to Movie Maps. The neighbourhood in the downtown area is between the corners of Dundas St. W., Spadina Ave., Queen St. W, and Bathurst St.

One of Toronto's most popular markets was used in the first episode of season two. When you go, there are dozens of stores you can browse through while feeling like you're in the show. Right next to Alexandra Park, the neighbourhood is surrounded by Dundas St. W., Bathurst St., Spadina Ave., and College St.

The cultural hub located at 585 Dundas St. E. in Regent Park was used to stand in for OCAD University in two episodes of season one.

This Mexican restaurant on 884 Queen St E. in Leslieville was used in one episode where Appa and Mr. Mehta were seen sitting outside of it while talking and smoking. Their extensive menu features nachos, Elote, and 3 for $20 tacos.

You can catch the first three seasons on Netflix Canada now when you're in need of a giggle from a feel-good show.