'This is the problem we're trying to solve,' said Dr. Michael Warner. 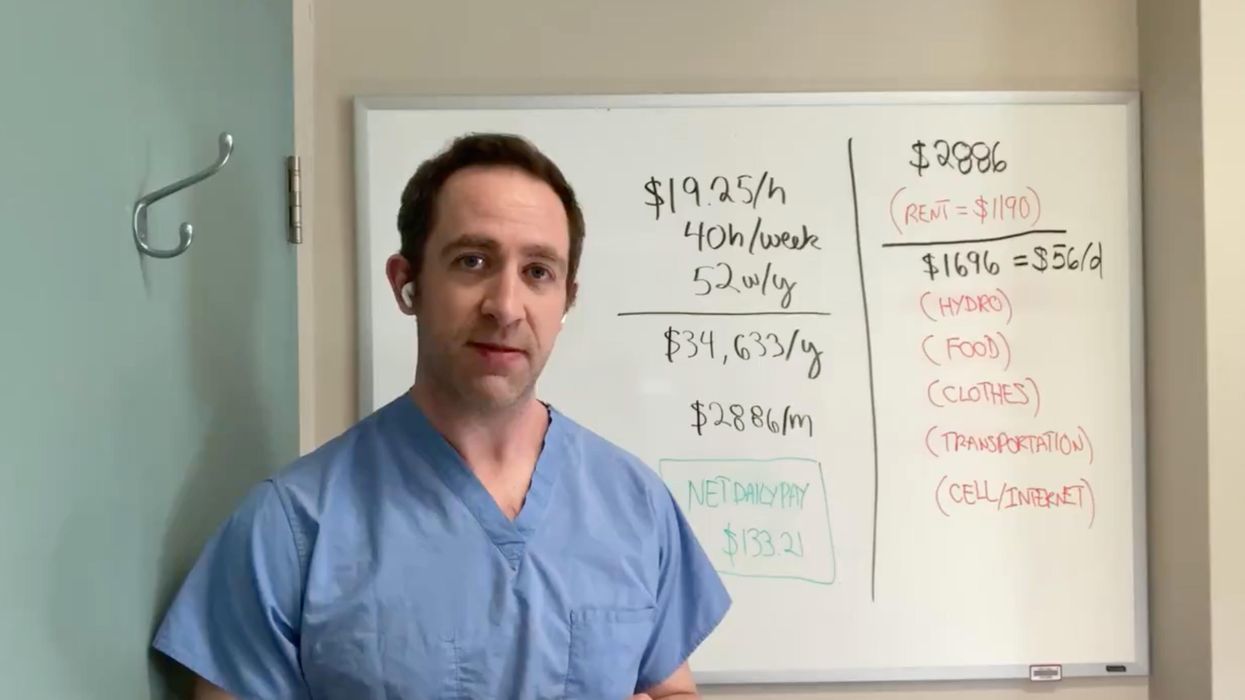 An ICU physician at a Toronto hospital is explaining the need for an Ontario sick leave program with a heartbreaking real-world example.

In a video posted to Twitter on Tuesday, Dr. Michael Warner, the medical director of critical care at the Michael Garron Hospital, says a provincial sick leave program would've helped his patients, including a woman in her 40s who contracted COVID-19 from her essential worker husband.

The federal government started the Canada Recovery Sickness Benefit (CRSB) in 2020 to help people who can't work due to COVID-19 sickness. However, Warner points out in the video that the CRSB only kicks in after time off has been taken and can only be claimed if more than 50% of the workweek is missed.

"You can see that if [this essential worker] has to miss a day of work to get a test, to get a vaccine, or because he feels unwell, he misses out on $133.21, which could be the difference between him meeting rent and missing rent," Warner says in the video.

Premier Ford announced last week that he had a new plan for sick leave that would be the best of its kind in North America, but so far the province has only offered the federal government more money for the CRSB. Prime Minister Trudeau told reporters on Tuesday that Canada and Ontario needed to "work together," but that provincial sick leave needs to come through employers — "which the federal government can't do," he said.