The Premier says "no idea is a ridiculous idea." 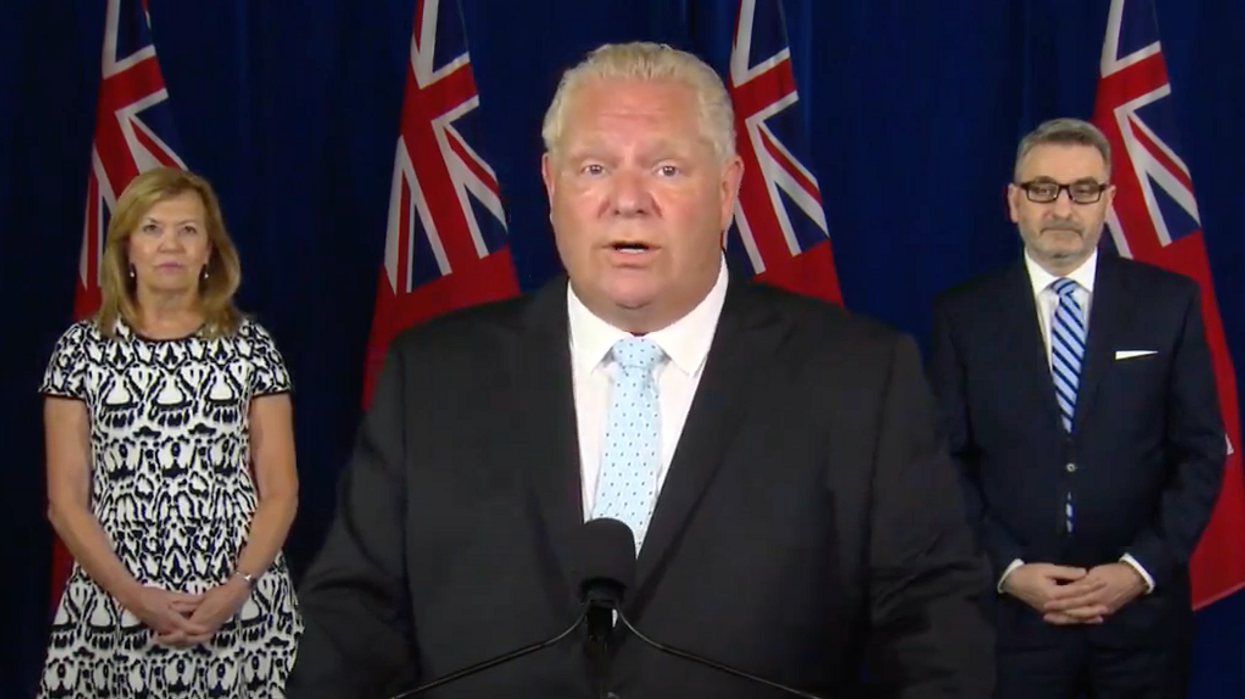 Premier Doug Ford said on July 22 that "no idea is a ridiculous idea" when it comes to students returning to class in the fall, including outdoor school classes in Ontario.

Ford told reporters on Wednesday that schools, and the province as a whole, are going to have to "get creative" when it comes to the new school year.

Editor's Choice: An Ontario Same-Sex Couple Say They Were Refused Wedding Photos Due To Their Sexuality

At least in September, weather permitting, the kids can go outside as much as possible and learn outside.

"I was talking to a teacher the other day... and I just sort of said off the cuff that the big highlight when I was going to school was that the teacher would say we are going to have class outside under a tree. I said 'Is that a ridiculous question?' and they said 'no, that is what we are pushing for at our board,'" added Ford.

Ontario had previously announced three options for the return to class and noted that no student or parent will be forced to return in-person. Those options included at-home learning, in-class learning, or a mix of the two.

Last week, the Toronto District School Board announced its own plan for returning to class in elementary schools, including killing the cafeteria and designated handwashing breaks.