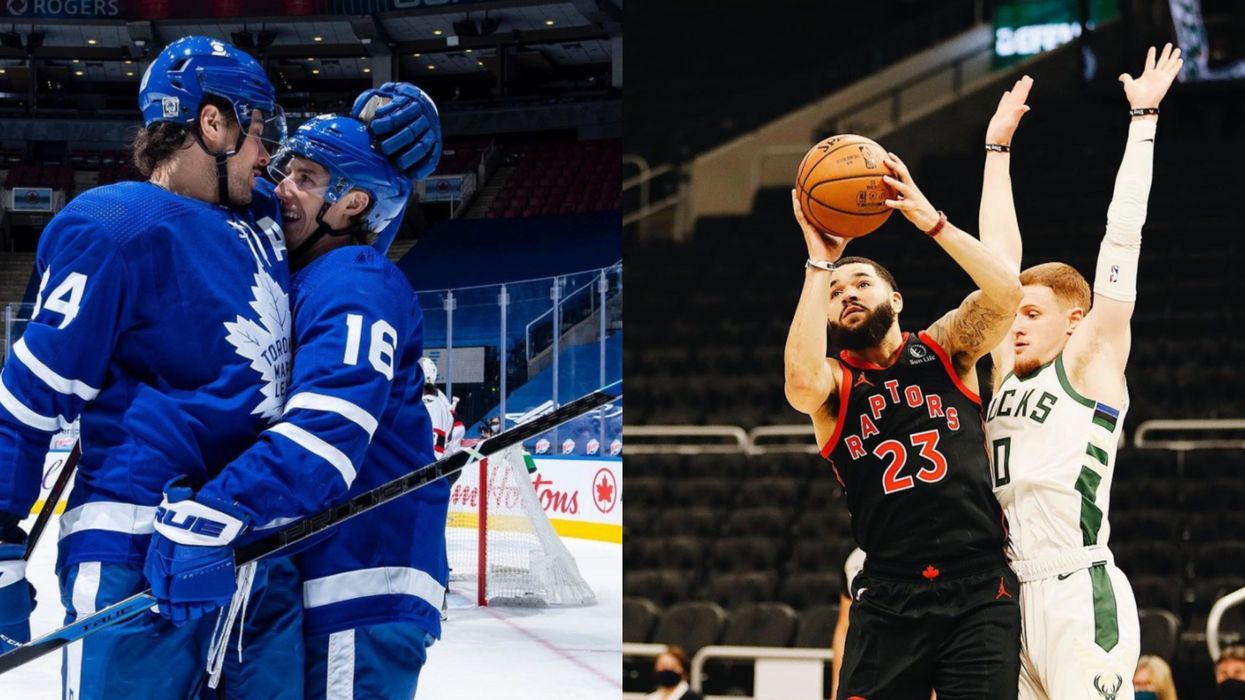 Toronto fans were treated to an exciting night of victories for both the Raptors and Leafs on Thursday.

The Raptors beat their Eastern Conference foe the Milwaukee Bucks in two back-to-back games and the Leafs took the win in last night's battle of Ontario, defeating the Ottawa Senators 7-3.

The Leafs' top line got a combined 11 points between Auston Matthews, Mitch Marner and Joe Thornton, who became the oldest player in the team's history to get three points in one night.

Thornton has made an impact since joining the team and Matthews says "it's a blast" to play with him, according to Sportsnet. Thornton even spent Christmas with his new teammates.

The Raptors were led by Norman Powell and Pascal Siakam on Thursday night, who scored 29 and 27 points, respectively.

Malachi Flynn was called up from the NBA's G League at the last minute to meet the Raptors in Milwaukee, and he says it all happened so fast that he didn't even have a chance to eat.

"I had about thirty minutes to pack my bags and get on a jet and came right here," he said. "Crazy, just non-stop. Didn't even get a real meal."

Toronto fans are showing their teams love all over social media, including loyal Leafs fan Justin Bieber who has been sharing his pride on Instagram.

Raptors supporters have taken to Twitter to poke fun at Giannis Antetokounmpo, after rumours that he might join Toronto in the fall never came to fruition.

It seems like the "curse" of the Raptors and Leafs never being able to win on the same day is finally being broken.