They are making them easier to find too. 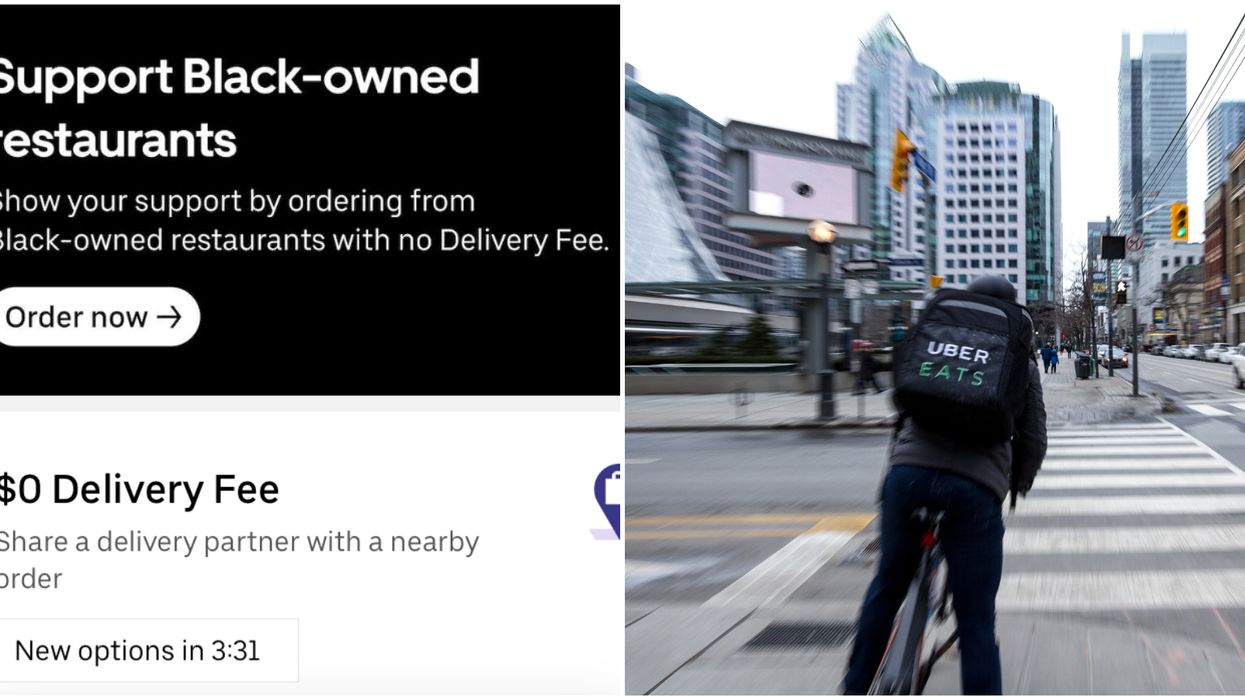 Supporting black-owned businesses has become a vital way to support the community during this time. Uber Eats Canada has now introduced a feature to help Canadians do that through food. The app now identifies black-owned restaurants in your area and provides free delivery.

The company made the announcement in a June 4 email sent to its customers, which was also shared on Twitter.

It stated that the app would promote businesses with black owners, and would waive all delivery fees on orders from them for the rest of the year.

Upon opening the app, users will see a large banner at the top promoting black-owned restaurants. Tapping it takes you to a page of options in your area.

"You asked for an easy way to order from black-owned restaurants - we listened," a message at the top of the screen reads.

Uber also reported that it would be offering discounted rides to black-owned small businesses during this time.

The company also took the opportunity to announce that it had made a $1 million donation to the Equal Justice Initiative and the Center For Policing Equity.

It will also be tying senior executive pay to measurable success on Uber meeting its diversity goals.

"We know this isn't enough. It won't be until we see true racial justice," Uber CEO Dara Khosrowshahi wrote in the email, "but we plan to work day in and day out to improve, learn, and grow as a company."

Canadians who are looking to support more black-owned businesses in their area can also find them in the online directory at afrobiz.ca.

Canada has already seen a number of protests and marches take place in cities like Toronto, Montreal, and Ottawa in the wake of widespread protests against racist police brutality in the United States.