You Can Explore BC's Spookiest Abandoned Hospital This Fall

It'll get you in the mood for Halloween. 👻 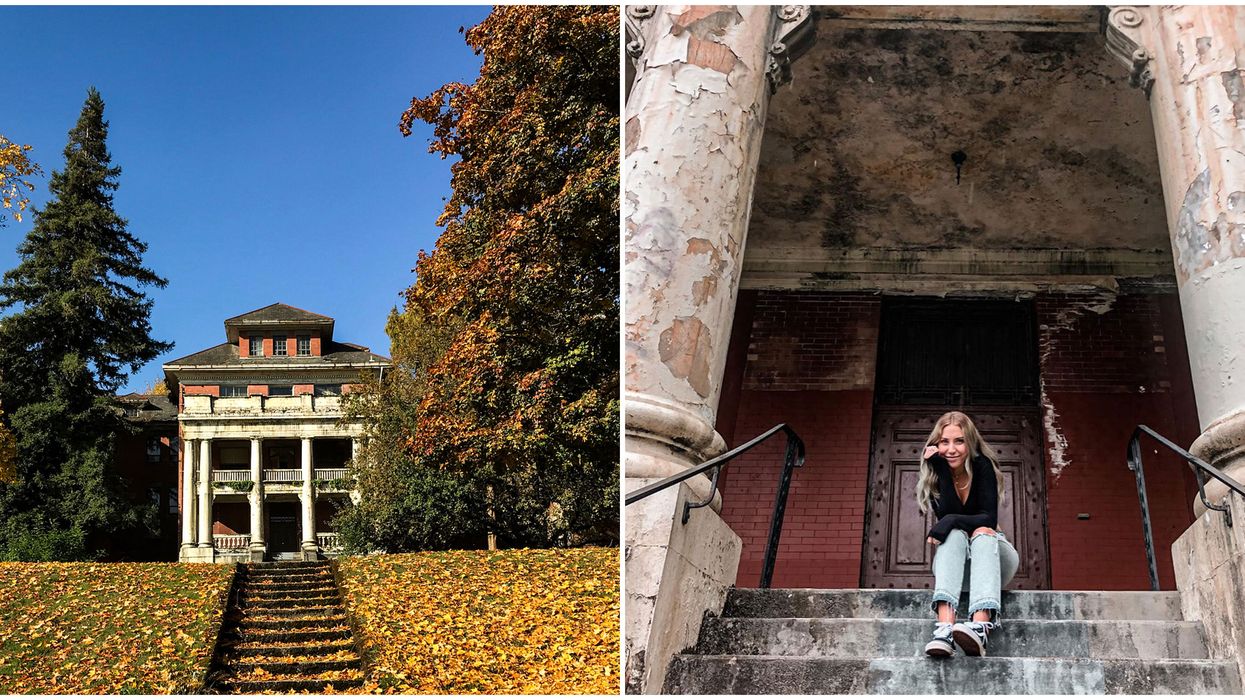 Did you know that one of the spookiest places in the province is also where a ton of movies and shows are filmed? Just be warned that when you visit this area in Metro Vancouver, you might the goosebumps. BC's Riverview Hospital is famously strange and unusual and perfect for checking out this fall.

BC Housing, who manages the property, told Narcity that it is one of the most filmed sites in the entire country.

Originally built in 1913, Coquitlam's former psychiatric hospital consists of 74 buildings and is rumoured to be haunted.

Today, some of the structures are used for film and television production.

Some of the most popular locations are the Centre Lawn, East Lawn, the Crease Clinic, North Lawn and the Industrial Building that all share a matching architectural design.

IMDB lists it as the filming location for Riverdale, Supernatural, Deadpool 2, Watchmen, and The X Files.

But it doesn't take too much sleuthing to figure out some of the sites.

Rewatching Riverdale season one, when Betty and Jughead head to the Sisters of Quiet Mercy, you'll notice it is the terra-cotta coloured Crease Building.

Then in season two, the hospital reappears as a graffiti-covered "Southside High School".

Or in Deadpool 2, starring Ryan Reynolds, the Essex House for Mutant Rehabilitation is actually the East Lawn. It is the largest building on the Riverview Lands and was built back in 1929.

You can see it between the non-stop action when the superheroes fight Juggernaut.

But it isn't just locals who find the buildings to resemble a haunted house, as IMDB also reports the area to be used to film Grave Encounters, Halloween: Resurrection, See No Evil 2, The Entrance and Killer Bash.

Unlike a movie studio, at this local gem, you are welcome to visit. So go ahead and go on a self-guided walking tour to all the scenes from your favourite shows.

But before you go, it is a good idea to review the regulations before going. Some of the rules include, you can't enter the buildings, fly drones, or visit an active film set.

You are welcome to visit the exterior of the buildings, any day of the week for free.

When: Seven days a week during daylight hours between 6 a.m. and 9 p.m

Why You Need To Go: You can pretend to be a celebrity and visit this popular film set when it isn't in use.