The five month old cub seemed to love it! 🐼❄️ 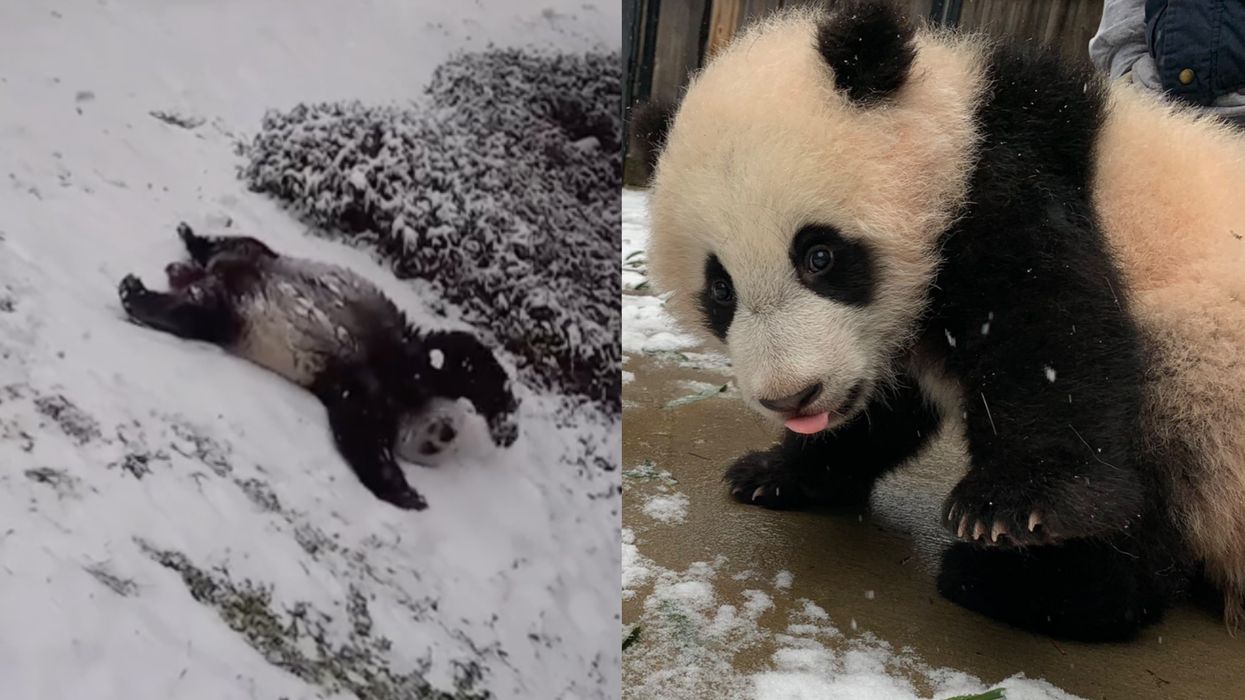 A video showing a giant panda family in the snow has gone viral, after the furry bears were spotted rolling, sliding and tumbling at the Smithsonian's National Zoo in Washington D.C.

In a video shared on Sunday, January 31, the zoo’s giant pandas Mei Xiang and Tian Tian, and their five-month-old cub Xiao Qi Ji, can be seen truly making the most of the winter season.

Editor's Choice: The Top Skills You Need To Land Jobs In 2021 Include Cleaning & Customer Service

The clip shows each of the three pandas exploring the snowy wonderland, making snow-slides and practicing their roly-poly skills.

Many parts of Washington D.C. saw between two and three inches of snow over the weekend, which is the most significant snowfall seen in the region in around two years.

In another post showing the animals embracing the weather, the zoo explained that it was a “significant milestone” for their youngest giant panda cub as it was his first-ever encounter with the white slush.

"Keepers say although he seemed nervous at first, eventually he worked up the courage to take a little nip at the fresh powder,” the zoo's notice explained.

In addition to Xiao Qi Ji, more photos from the weekend show animals like elephants, red pandas, bobcats, tigers and even a kangaroo embracing the weather!

If that wasn’t enough giant panda action for you, the zoo has an ongoing live stream of the furry family on their website. Pretty cute, eh?!

In preparation for the holiday, Mrs. Biden put out 11 pink, red, and white hearts that look like the classic V-day sweetheart candies with printed messages.

QAnon followers still believe Donald Trump will be sworn in for his second term of office nearly three weeks after his time as president ended and Joe Biden took over.

They are confident the day is coming in early March, which is why the Trump hotel in DC decided to raise the price of room rentals, with some rooms costing nearly triple the normal amount.

It seems new President Joe Biden was pretty busy on his first day in the White House!

In addition to cancelling the Keystone XL pipeline and rejoining the Paris Climate Agreement, he also added some personal touches to the Oval Office decor.

The Lineup For Biden's Inauguration Just Dropped & Here's Who's Performing

Americans Are Pleading With Joe Biden To Have A Virtual Inauguration

Trump Just Issued An Emergency Declaration Ahead Of Biden's Inauguration