The home owner was outraged. 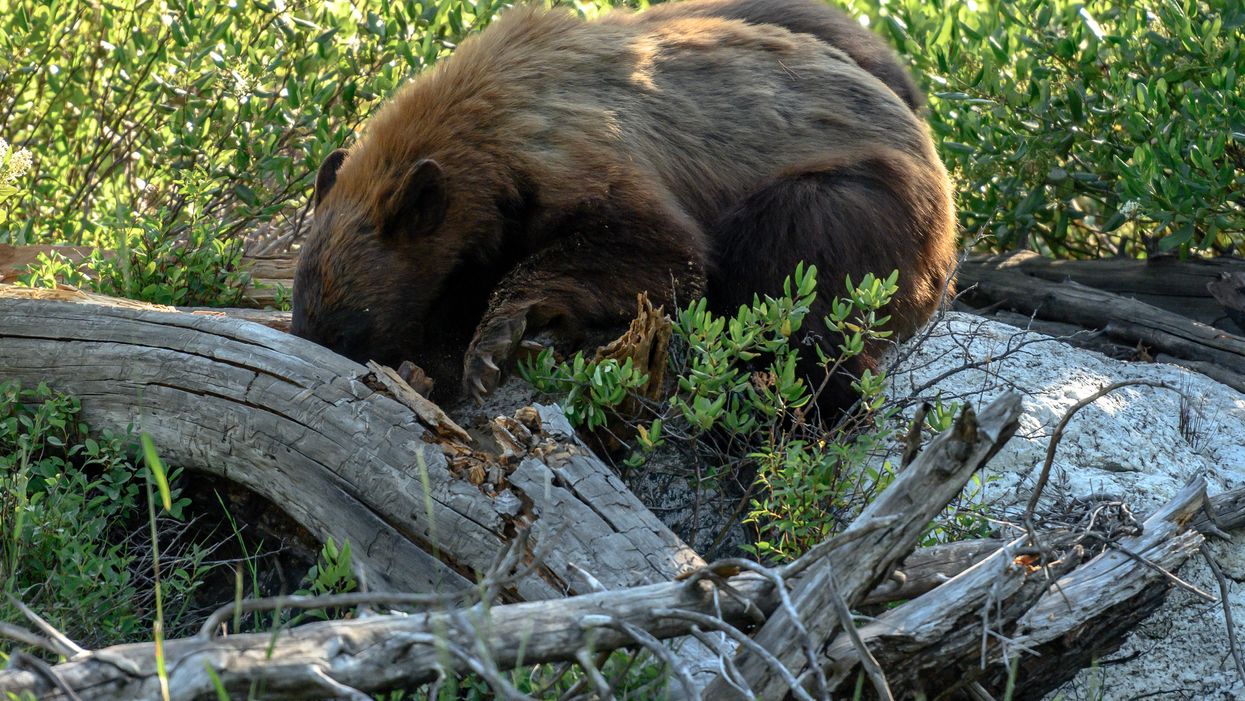 An Alberta woman found quite the surprise outside her house. On Sunday, May 31, Alberta Fish and Wildlife received calls about a dead black bear found in a ditch near Lloydminster, Alberta. Authorities tracked down the shooter of the dead Alberta bear and slapped them with a littering fine.

Angie Atkinson posted a set of two photos on Facebook, depicting the body of the bear as it was found near her property.

She wrote, "1st they poach this majestic guy and then they bring and dump him basically to someone else’s “doorstep” to deal with. 1/4 mile from my yard."

Atkinson went on to say that this isn't the way to "handle the situation if he was being a nuisance."

She ended the post by identifying the location of the incident: "North of Lloydminster, Alcurve/Sandy Beach area."

Angie Atkinson spoke to CBC News and told them that her great-niece was the one who spotted the bear near their property.

Atkinson said that a blanket was likely used to get the bear out of the car and some other garbage was dropped as well. She found it disrespectful that someone would dump the bear near someone's house just like that, she told CBC.

Narcity received a statement from Ina Lucila of Alberta Fish and Wildlife, who told us how the officers dealt with the situation.

She said, "Upon investigation, officers determined that the bear had been lawfully shot on private land, but the individual involved did not dispose of the carcass properly."

As a result, "the individual has been given a ticket for littering," reads the statement.

The statement also talked about the laws related to the hunting and shooting of bears in the province.

In Alberta, hunting seasons are used to manage black bears in order to provide recreational hunting opportunities for the public and to help reduce conflicts, according to Lucila.

"Owners or occupants of privately owned land or any person authorized to keep livestock on public land may, without a licence, hunt (but not trap) black bear on such lands, at all times of the year," read the statement.

All hunters should take steps to properly dispose of carcasses, according to Fish and Wildlife.

They should be put in a waste management facility or "on land that the person has right of access to," the statement read.

You've always been taught littering trash is bad. But it seems like littering a bear near someone's home is even a bigger no-no.

The article's cover photo was used for illustrative purposes only.