Nobody knows where quite yet, but it doesn't look like it'll be Canada. 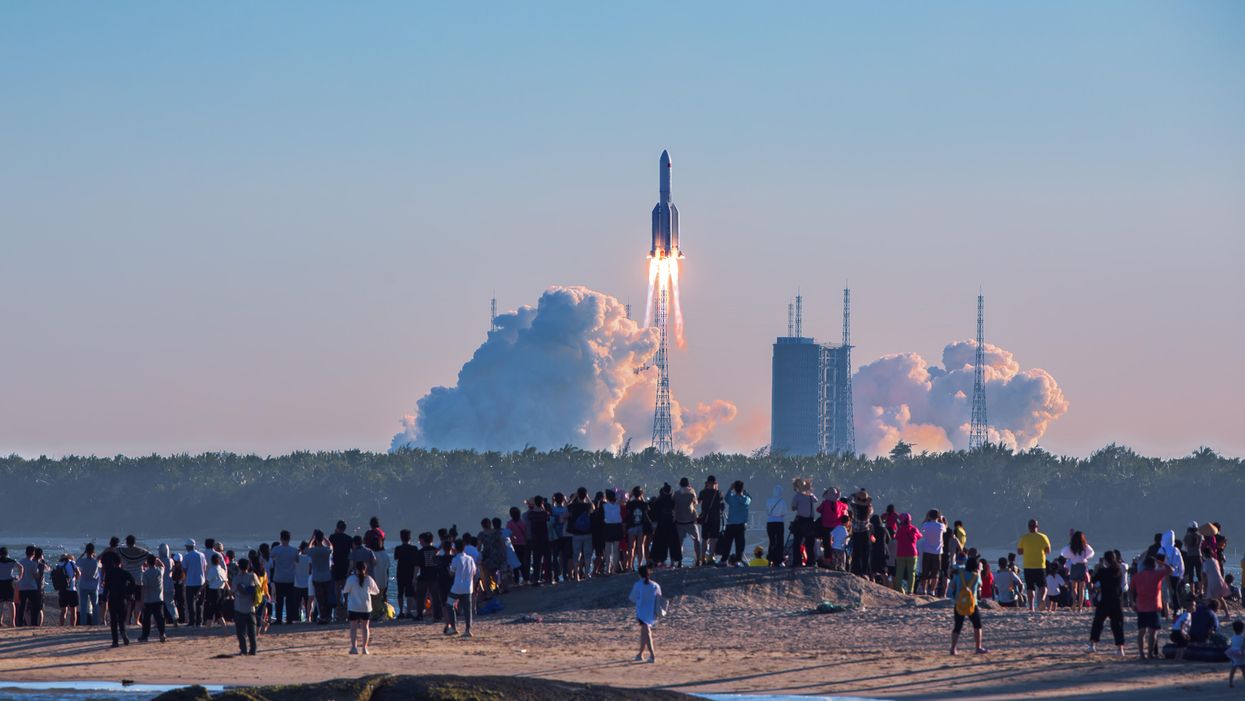 A part of a massive rocket launched from China is heading back towards Earth, but nobody is sure exactly when or where it's expected to land.

The Guardian reported that Wenchang, China launched their first unmanned core module – Tianhe, or "Heavenly Harmony" in English – on a Long March 5B rocket on Thursday, April 29. It was apparently part of Beijing's plan towards establishing a permanent human presence all the way up in space.

I tell CNN that people shouldn't lose sleep over the possibility that the CZ-5B rocket might hit them. Although it… https://t.co/3CzKvypb3V
— Jonathan McDowell (@Jonathan McDowell)1620169126.0

Astronomer Jonathan McDowell from Harvard University's Astrophysics Center told CBC News that this isn't the first rocket launch of its kind. "The first one was a year ago, and it re-entered as well and caused some damage to villages in the Ivory Coast. It strew pieces of metal over about 100 miles worth of land," he said.

The Aerospace Corporation is one of a few organizations tracking the rocket's movements, and it's estimating that the rocket will land on Earth at about 10:34 ET on Saturday, May 8.

CBC News reports that since the rocket is out of control, its expected arrival time is hard to pinpoint. They added that Canadians have nothing to worry about, as the rocket's orbit is nowhere near a trajectory that could hit the Great White North.

McDowell told CBC News there are pretty slim chances of actually getting hit by something falling from the sky, but that space agencies and the like should plan for "how we handle this" and "how we recommend that the larger objects really not be allowed to re-enter in this way."