His response to raising a Pride flag left one resident "horrified." 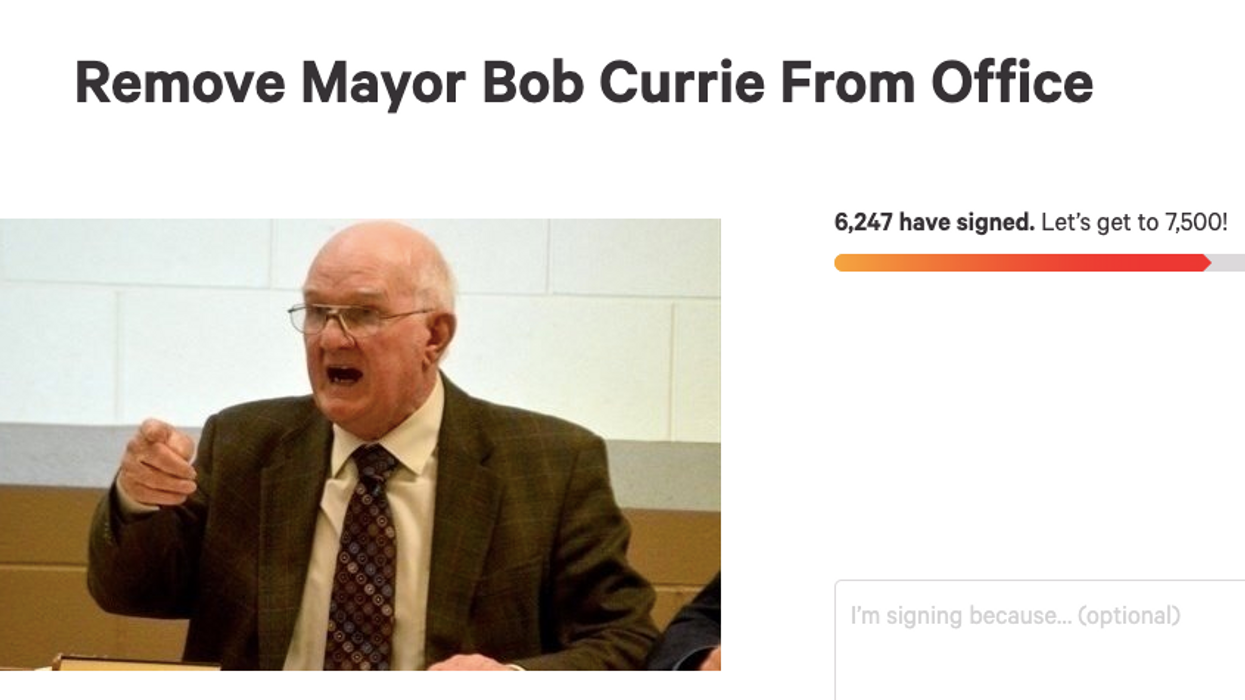 Rainbow flags are waving across the province right now for Pride Month, except for in one Ontario township. Amaranth Mayor Bob Currie is refusing to fly the flag due to his anti-LGBTQ+ beliefs. A petition to remove Currie as Mayor is now gaining significant traction.

"If I hurt somebody, that's their problem, not mine," Currie said to CTV News Barrie, after receiving backlash over his stance on the flag.

According to CTV, a resident had initially sent in a letter asking why the township hadn't raised a Pride flag this month. The resident later told the outlet that she was "horrified" by his reaction.

In a town council Zoom meeting on June 17, the mayor defended his decision.

"If everybody was either lesbian or homosexual, this would be the last generation on Earth," said Currie in the password-protected Zoom meeting.

"So, why would I want to support something when this would be the last generation on Earth? I'm not going to go there," he added.

At the time of writing, the petition to remove Currie from office has 6,079 signatures.

"Everyone has a right to their beliefs, however a belief like this one should not be allowed to lead a community. It is outdated and offensive," reads part of the statement on the petition.

Despite the retaliation from residents, Currie has refused to back down and apologize.

“I don’t support that lifestyle. It is not my belief. That’s how I am,” said Currie in an interview with Newstalk 1010 on June 24.

"You can call me whatever you want. I’m not changing. As the old saying goes, my mind is made up."

According to CTV News, resident Stacey Whittington had written the letter about the Pride Month flag.

"Just horrified that in 2020, in this township with a large LGBTQ community, that our mayor is saying these things and having them inform his choices as our mayor," said Whittington via CTV News.

Meanwhile, other cities have been hard at work planning the lineup of online Pride Month events, including a digital parade, this June.