Forget About Swans, This Loon Pool Float Is Exactly What You Need For Canada Day 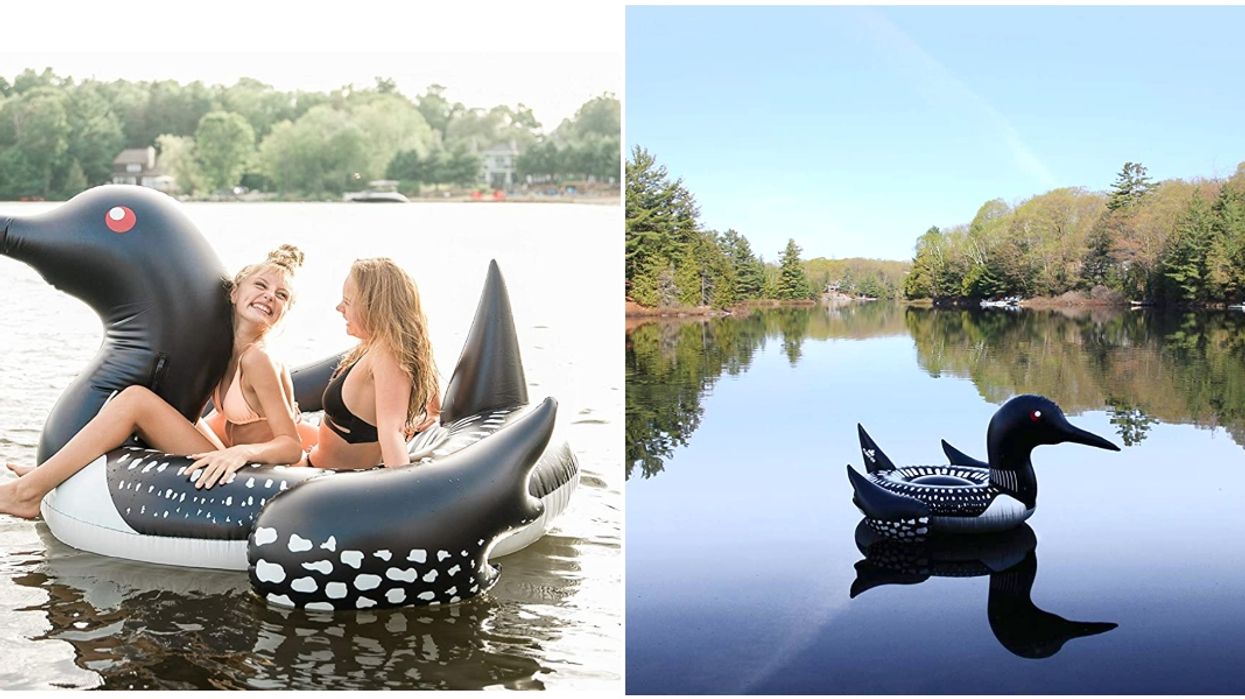 Alright, I know that if you look at Instagram right now, you're probably going to see plenty of pictures of people lounging poolside on giant swan and flamingo pool floats. It is summer, after all! But it's also almost Canada Day. And I know if I'm going to be lounging on anything come July 1, then it's going to be this amazing (and kind of hilarious) loon pool float.

It's a huge 7x6 FT loon-shaped float, which means there's easily enough space for one person to really spread out and relax. Or for two people if you get a little cozier.

Now, getting to float on it (ideally with a cold drink in hand) is obviously enough reason to buy it on its own. But I'd be lying if I said half the fun of this thing isn't getting to see the looks on people's faces when you whip out a massive loon for your pool, or for the lake if you're up at your cottage.

And just in case you do use it at the cottage, the float's got a little loop attachment so you can tie yourself to the dock in case you're worried about it drifting away down the lake.

It's selling on Amazon Canada for $80, which is pretty on par with other large pool floats.

People who've bought it seem to be really loving the product overall — it has a 4.4-star rating on Amazon. Almost all of the reviews mention how great the quality is, and that the fact that it's a Canadian twist on the regular pool float made them love it even more.

Not surprisingly, it's a Canadian company, called Float-Eh, that designs these, so you can feel extra good about supporting a Canadian business.

They've also got a super cute maple leaf floatie, just in case one Canada-themed inflatable wasn't enough for your July 1 needs. It's a little cheaper too, going for $65.

The Deets: A loon-shaped pool float that's perfect for your Canada Day festivities.