Get ready for the workout of your life. 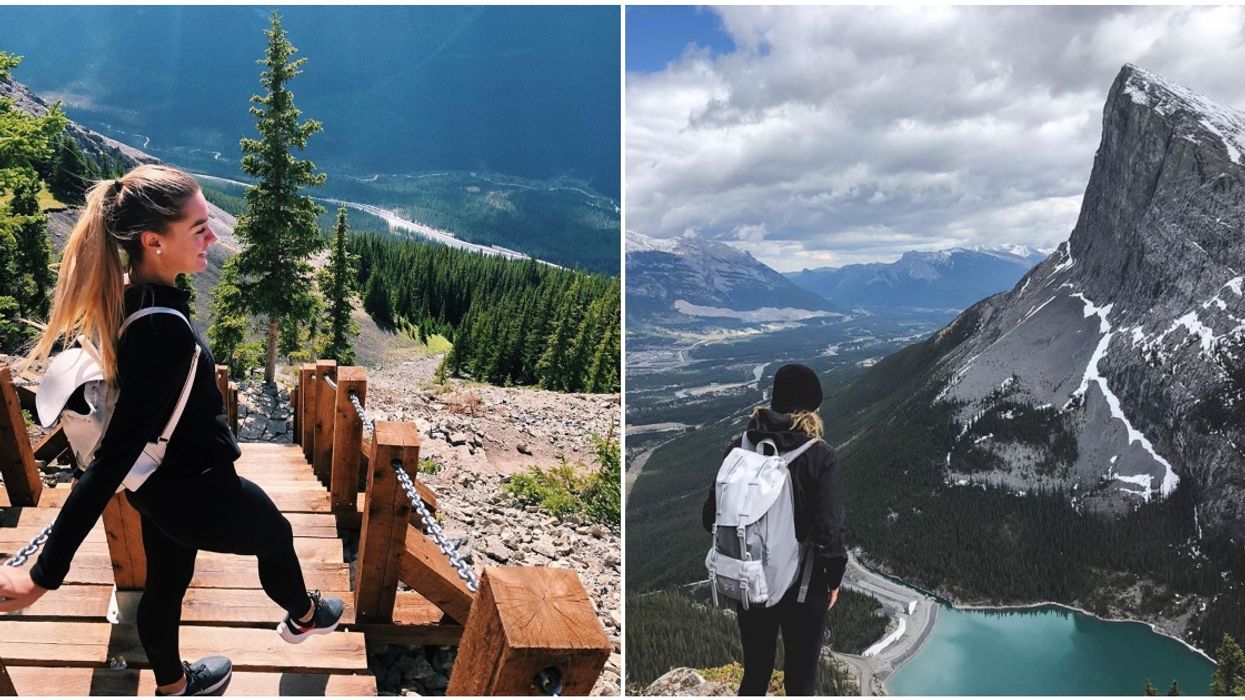 For those of you that don’t know, one of Alberta's most popular hikes has reopened and is ready for you to start climbing. Ha Ling Peak Trail is an eight-kilometre journey that takes you on a wicked staircase to see some once-in-a-lifetime mountaintop views. It may be a difficult hike but it's worth it in the end.

After a year-long closure, the trail opened back up in August 2019; it underwent a facelift during its break.

Since it was used so frequently, the path needed to be stabilized and now it's back and better than ever.

CBC News has reported that the stabilizing not only made the trail safer, but also refreshed the slope to make it more scenic.

By clearing some trees and placing benches around the area, there are now several viewpoints on the route.

The hike itself is just eight kilometres of path located near Canmore. It's considered to be difficult so be sure to wear the appropriate clothes and pack water.

The best part is the summit. It’s about a 7.9-kilometre walk to the top and it’s totally worth it.

It’s a great workout so you’ll definitely be getting your steps in.

There’s even a massive set of stairs that you will be walking up so get ready to work those thighs.

Altogether, it’ll take around two hours to get to the top. Take your time and stop along the way at the numerous lookouts. Many people say the trail is tougher than they expected — and they're not wrong, there are some serious stair-stepper vibes.

Depending on the time of year you go, there could be snow. This is why it’s best to have a good set of hiking boots.

The peak will give you the best views so this is where you can afford to take a break and take it all in.

The water down below is piercingly blue to the point where it doesn’t even look real.

You will feel incredibly small as you stand completely surrounded by staggering mountaintops and all the nature you could possibly handle.

Why You Need To Go: Get your workout in and see some amazing views while doing it.