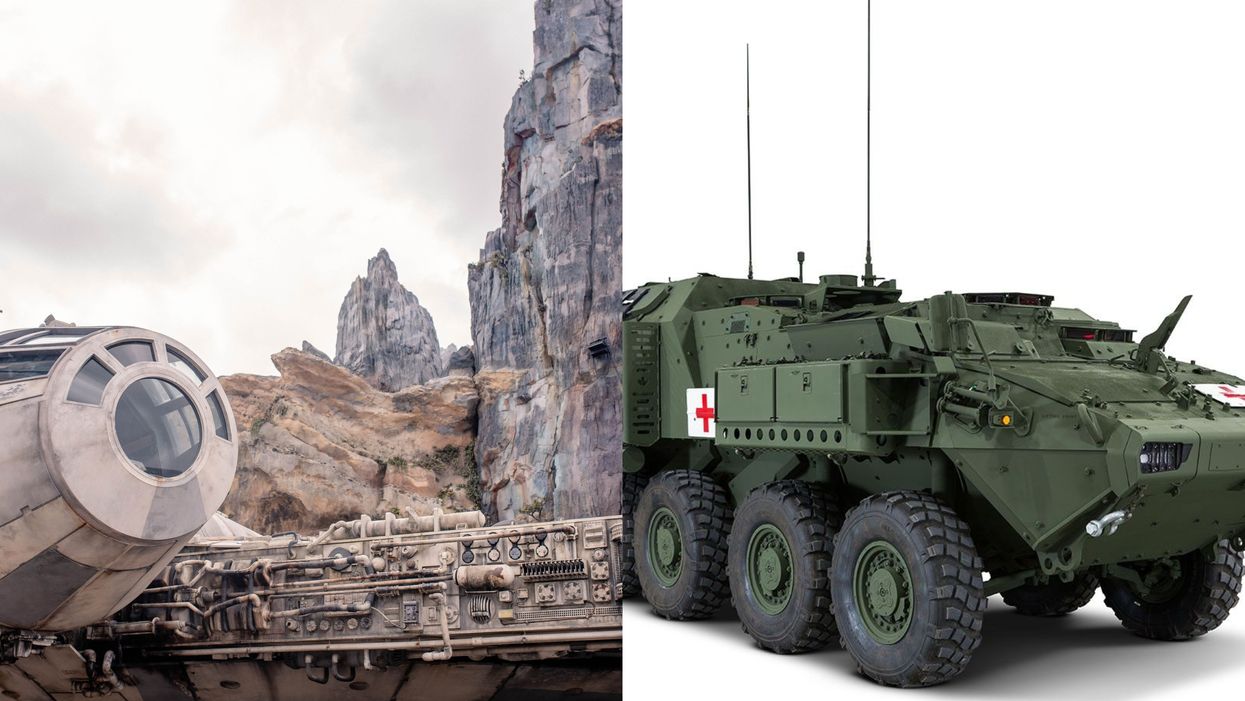 Many would classify Canada as a nice nation, but looking at the country's first-ever Canada-made armoured combat support vehicle might give you a different idea. Thankfully, they can actually be used to do a lot of good too.

The new intense-looking machinery seems like it belongs in a classic action film but according to Canada's defence minister, it has some peaceful purposes too.

Editor's Choice: Here's Everything You Need To Know About Ontario's New Stay-At-Home Order

The vehicle was made in London, Ontario, and began production at the General Dynamics Land Systems-Canada manufacturing facilities in early August of last year, according to Canadian National Defence.

Minister of National Defence Harjit Sajjan said it can be used in disaster relief and peace missions.

The contracts of this vehicle and others like it represent more than $137 million in investments "to more than 30 Canadian businesses from coast to coast to coast, creating and sustaining over 400 jobs across the country."

Also, per the government website, the vehicle will need testing and training before it can be distributed to Canadian Armed Forces bases in 2022.

The passenger had to take control of the car on the highway. 😱
rcmpmb | Twitter

Manitoba RCMP is urging drivers to clear ice and snow off their vehicles before hitting the road after a chunk of ice left one man unconscious in his car on the highway.

In a tweet on April 20, when some parts of the country experienced snow, officials shared a pretty shocking photo of a smashed-up vehicle.

As the third wave of the pandemic continues, Canada’s COVID-19 benefits are still available to those who need them.

In a tweet on Monday, April 19, Employment and Social Development Canada reminded everybody that some benefits have recently been extended so that Canadians can get paid for even longer.

They were fleeing from Rangers when they "ran into a herd of elephants."
Wirestock | Dreamstime

A suspected poacher has died after being “badly trampled” by a herd of elephants in South Africa’s Kruger National Park.

A news release from South African National Parks (SANParks) explained that on Saturday, April 17, Field Rangers were on a routine patrol when they detected a group of suspected poachers.