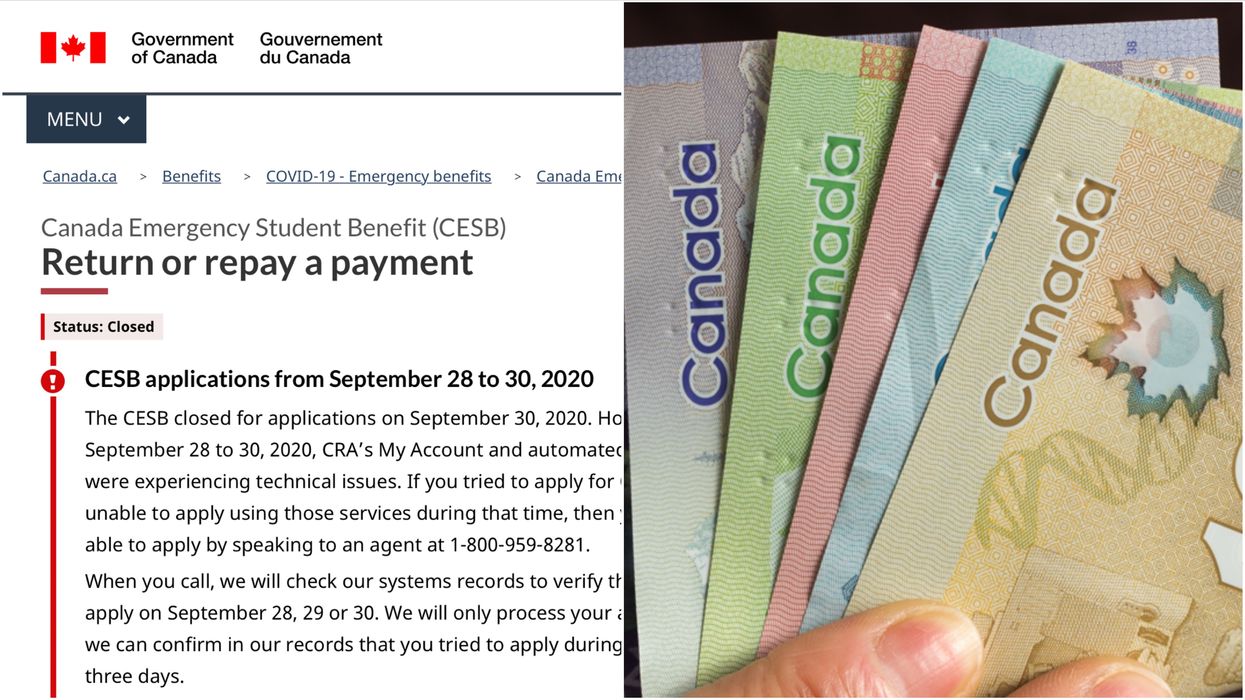 With 2021 on the horizon, some Canadians may have been contacted about Canada Emergency Student Benefit (CESB) repayments.

Like the Canada Emergency Response Benefit (CERB), some people may need to return money to the Canada Revenue Agency (CRA), ideally before the end of this year.

There’s several reasons why the CRA says you may need to repay, including if you received double payments at any time or if you later found out that you were ineligible for the support.

Those who may have ended up earning more than $1,000 (pre-tax) during an eligibility period may also be required to return the benefit.

Those who need to send the benefit back can do so via the Government of Canada's website or via mail.

While the CRA is not enforcing repayments before 2021, they’re advising people to return the money before December 31, so it doesn’t affect an applicant's taxes next year.

The same applies to anybody who may have claimed the CERB incorrectly, as both benefits are taxable.

Speaking during a press conference this week, Green Party leader Annamie Paul called on the federal government to scrap the calls for repayments.

She said asking Canadians to return money this year would be “heartless, unreasonable and unfair.”

While the data shows that one-in-three Canadians believe that "Canada is a racist country," some people seem to think that the exaggeration of racism is a problem.