Hundreds of thousands of Canadians have been asked to repay.💰 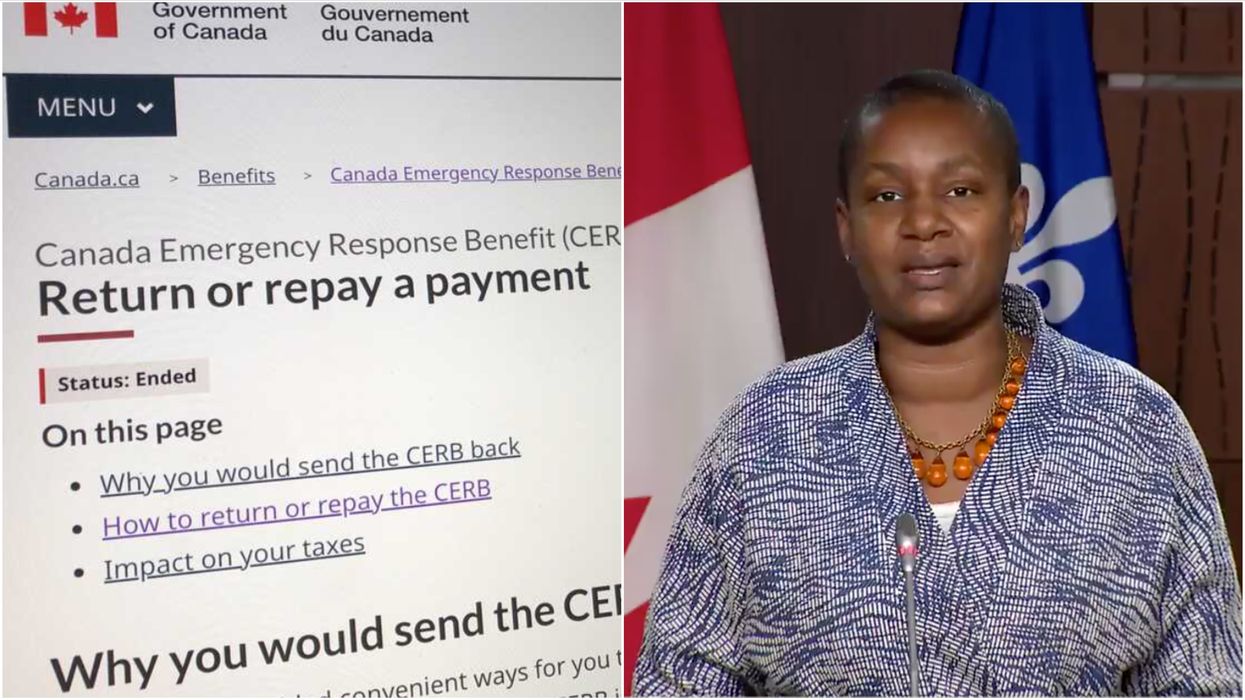 With CERB repayments just around the corner for many Canadians, the leader of the Green Party has called on the federal government to scrap the process.

Speaking during a press conference on Tuesday, December 8, Annamie Paul said the situation was a “no-brainer.”

She explained that many people who applied for the benefit did so in “good faith” and therefore shouldn’t be asked to return the money before December 31.

“We already know that the language was confusing in terms of the application,” added Paul, likely in reference to the miscommunication about net and gross income for self-employed individuals.

Instead, she urged the CRA to suspend repayments until the agency “takes another look at the rules” and takes into account that many applications believed they were eligible for the money.

During her statement, Paul drew attention to the fact that over 200,000 Canadians had been contacted by CRA about repaying the benefit.

Those asked to return money may have inadvertently claimed the money twice through both the CRA and Service Canada or may have misunderstood the original application.

She said asking Canadians to repay during the second wave of COVID-19 would be “heartless, unreasonable and unfair.”

In a tweet about the same issue, the Green Party leader added, “We are entering the holiday season and many Canadians are still struggling to stay above water.”

“Now isn’t the time to ask them to repay a good faith mistake,” she said.

While the CRA isn’t enforcing CERB repayments before the end of the year, they’re advising people to return the money so it doesn’t affect their taxes next year.