It probably won't take you very long to win. 😂 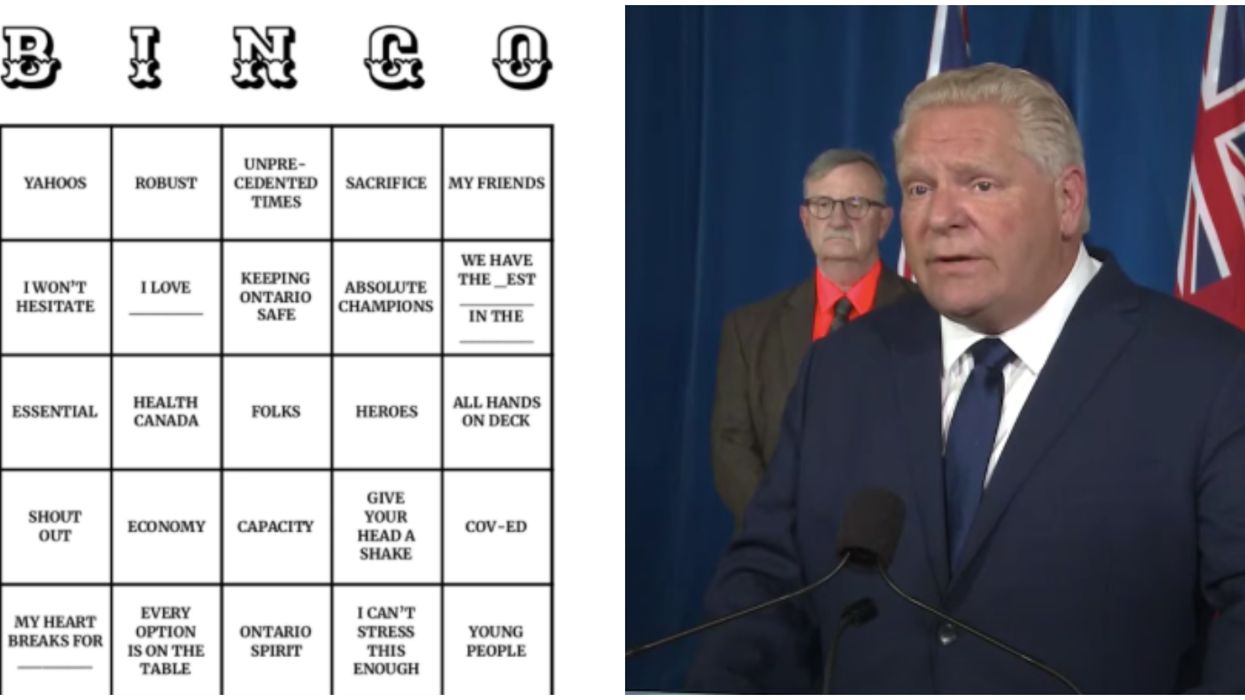 Ontarians have gotten well acquainted with their premier and his many favourite phrases over the last several months, and one resident decided to make a game out of it.

Hamilton local Oriana Bella created a Doug Ford bingo card for Ontarians to play along with during his daily announcements.

Editor's Choice: American's Tweet About 'Downtown Canada' Went Viral & The Girl Behind It Is Speaking Out

Some of the phrases include famous ones like "yahoos," Ford's go-to nickname for people who aren't following the province's new rules.

It became so well known in Ontario that someone even turned it into a song, called "Bunch of Yahoos," featuring Justin Trudeau's "speaking moistly" moment.

Bella says she created the game because it's "good to have a laugh during this chaos."

Earlier this year, an Ontario teacher made a similar bingo game out of Education Minister Stephen Lecce's favourite phrases.