"We all know what this means," says opposition. 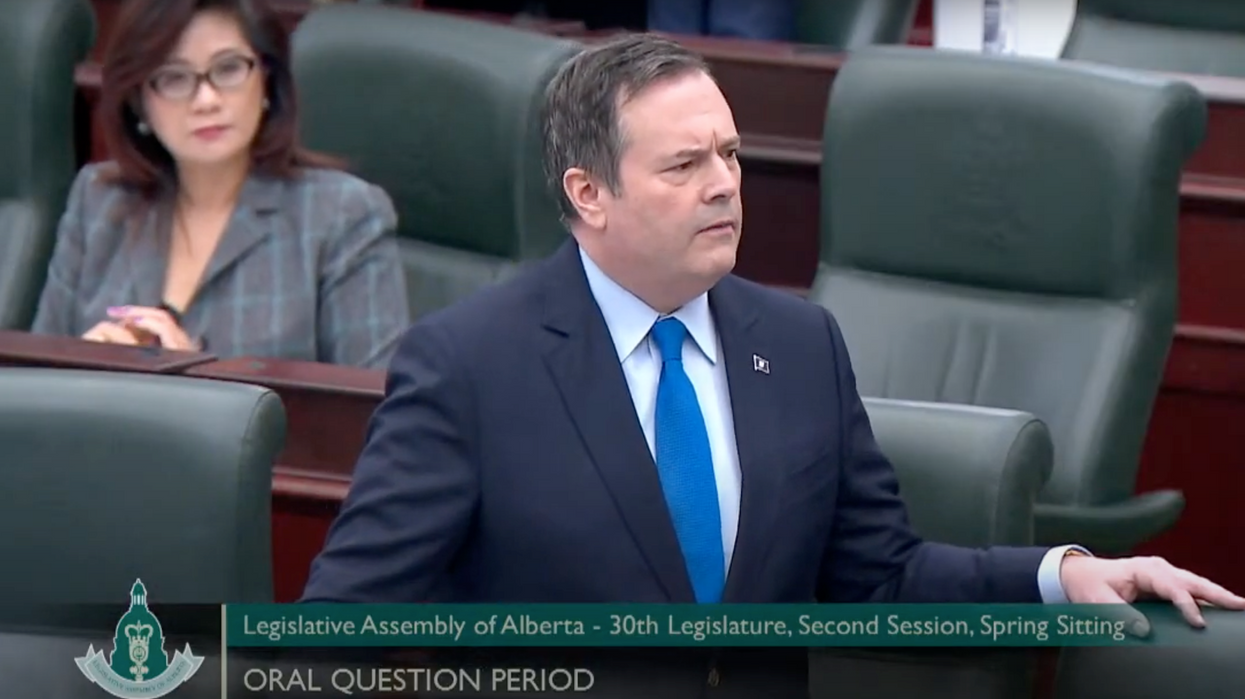 The feud between Alberta's premier, Jason Kenney and the NDP opposition leader, Rachel Notley is nothing new. At legislature on Wednesday, June 17, Notley asked Kenney if he could confirm that he wouldn't lower Alberta's minimum wage. The premier wouldn't confirm this, though he didn't hold back from throwing some shade.

The Legislative Assembly of Alberta on Wednesday brought some serious tension between Jason Kenney and Rachel Notley.

During the question period, Notley raised a number of questions about how Kenney will be supporting Albertans financially during the recovery from COVID-19.

During the heated back-and-forth, the two didn't hesitate to toss in some jabs about each other's leadership. Kenney made a comment about Notley losing the election after only one term, Notley said that Albertans don't trust Kenney with "anything to do with their retirement."

All and all, it was business as usual for these two politicians who have publically butted heads on countless occasions.

One key point of contention during their exchange was Alberta's minimum wage. Notley quoted what she said were a number of Kenney's campaign promises such as "no one is proposing to get rid of the minimum wage."

She read off a few more quotes of that nature, then, after reading his words, she asked the premier to "say them again post-election."

"Will you commit to keeping the minimum wage at $15 an hour, yes or no?" she asked around the 42-minute mark.

Jason Kenney responded by saying that what the NDP did was "kill tens of thousands of jobs" for Albertans. "Shame on them," he said. He then asked, "when will they finally apologize for what they did?"

The two continued to go back and forth, but the question remained unanswered.

Notley tweeted after the interaction, saying "we all know what this means. This is so wrong and cruel, especially when Albertans are already hurting."

While arguments between these two are common, they're especially engaging when the outcome may affect the wallets of Albertans.