One driver has died. 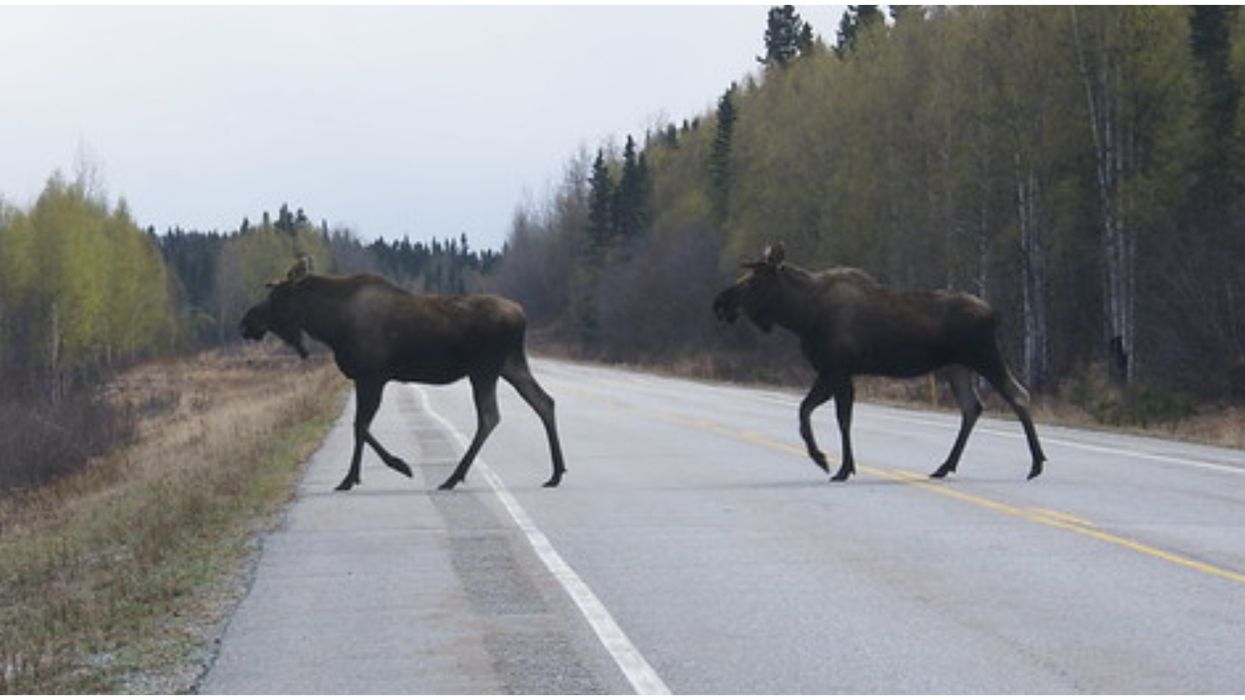 It's been a bad year for cars crashing into moose in Alberta, and on the weekend there was another sad incident where several people were injured and one was killed.

In a Wednesday, August 5 press release shared with Narcity, RCMP said that two vehicles crashed into a moose on Highway 63 on Monday, August 3.

The 41-year-old female driver of the car from Sturgeon County, Alta., was pronounced deceased at the scene.

Along with the car, a truck carrying four men also collided with the moose, giving all of them minor injuries.

A child riding with the woman in the car suffered minor injuries and was sent to the hospital.

RCMP are currently investigating, but they don't anticipate any future updates to the story.