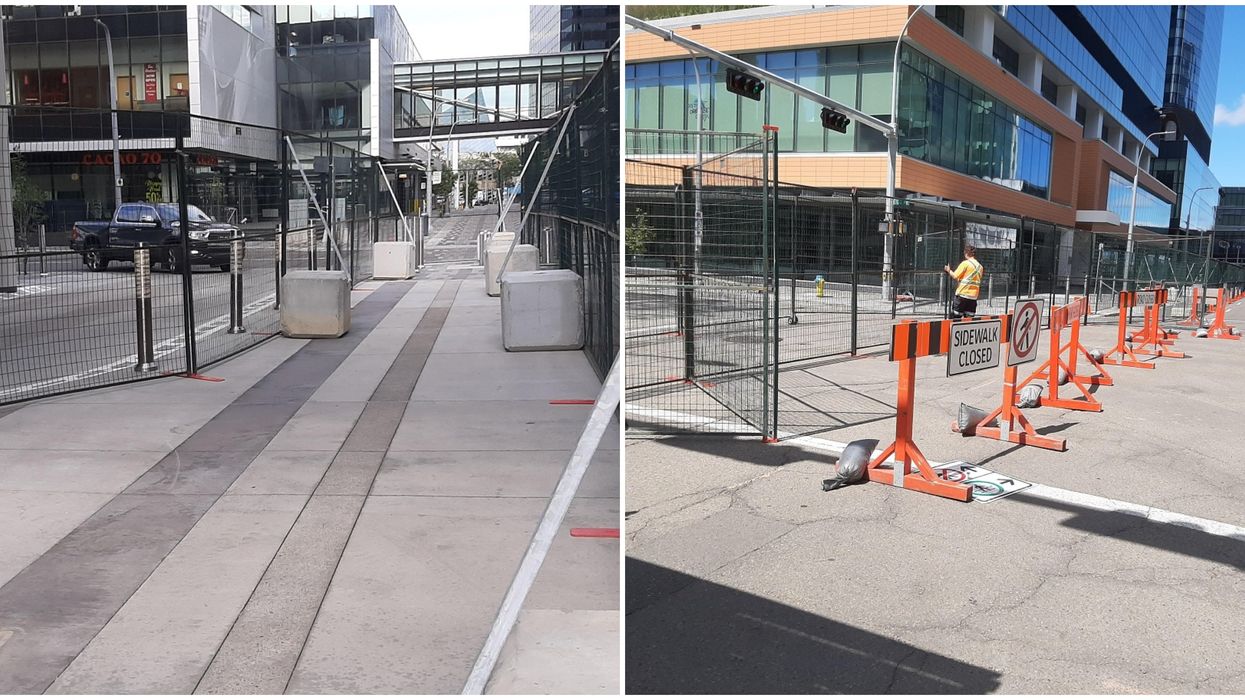 The NHL has come to town. On Monday, July 20, one of Edmonton's most popular downtown neighbourhoods, the Ice District, announced many streets in the core would be fenced off. They explained this would allow the city to create an NHL "bubble" for hockey players and staff.

Edmonton has been chosen as one of two hub cities for the 2020 NHL Playoffs along with Toronto. This means twelve hockey teams will be setting up shop in the city for the summer.

Editor's Choice: Canada Just Had Its Highest Daily COVID-19 Cases In Over A Month (VIDEO)

Premier Jason Kenney had mentioned in his initial proposal that the city's downtown core would act as a self-isolation zone for NHL teams and staff.

His reasoning was that a wide network of pedways in the core allows the top hotels to remain connected to each other and to Rogers Place, the main hockey arena.

Therefore, the bubble created around these hotels and Rogers Place enables the players and staff to avoid going to other parts of the city and as a result, control the risk of COVID-19 exposure.

In addition, locals don't have to be in close contact with the influx of players coming into town for the playoffs.

Ice District's tweet on Monday told the public about the initial number of streets that are going to be fenced off.

"Please be advised that a fenced pedestrian walkway has been installed across 103 Ave on the east side of 102 St, closing access to both pedestrians & vehicles in order to comply with @NHL & Alberta Health directives to create a bubble for players & staff during the 2020 Playoffs," read the tweet.

In the following tweet, the district said that the Central Parkade, the City Centre's north and west parking entrances are only accessible from 103 Avenue. The mall's east parkade entrance will be closed until further notice.

Photos of the fences placed around the city's downtown have emerged on social media.

One of the companies that put up the fencing downtown explained what they've been up to in a tweet.

"Our #Calgary crews have been busy setting up fence for the NHL Playoffs in #Edmonton. Not even flooding can bring us down...our fence withstood a severe thunderstorm that hit the hub city last week!" said Modu-Loc Fence Rentals.

Meanwhile, some locals brought up concerns over their commutes following the road closures.

"How has the NHL hub city improved your life? So far it means I need to change my commute by six blocks to pick up my groceries..." their tweet read.

Love to find out that my one safe bike route to work is blocked off with no signage until the closure itself, becau… https://t.co/KmDjBCORS7
— Max Amerongen (@Max Amerongen)1595255248.0

"Love to find out that my one safe bike route to work is blocked off with no signage until the closure itself, because of the NHL bubble," said another.

Edmontonians can expect to see some changes around the city as the players begin to roll into town this month.