RCMP have taken over the search. 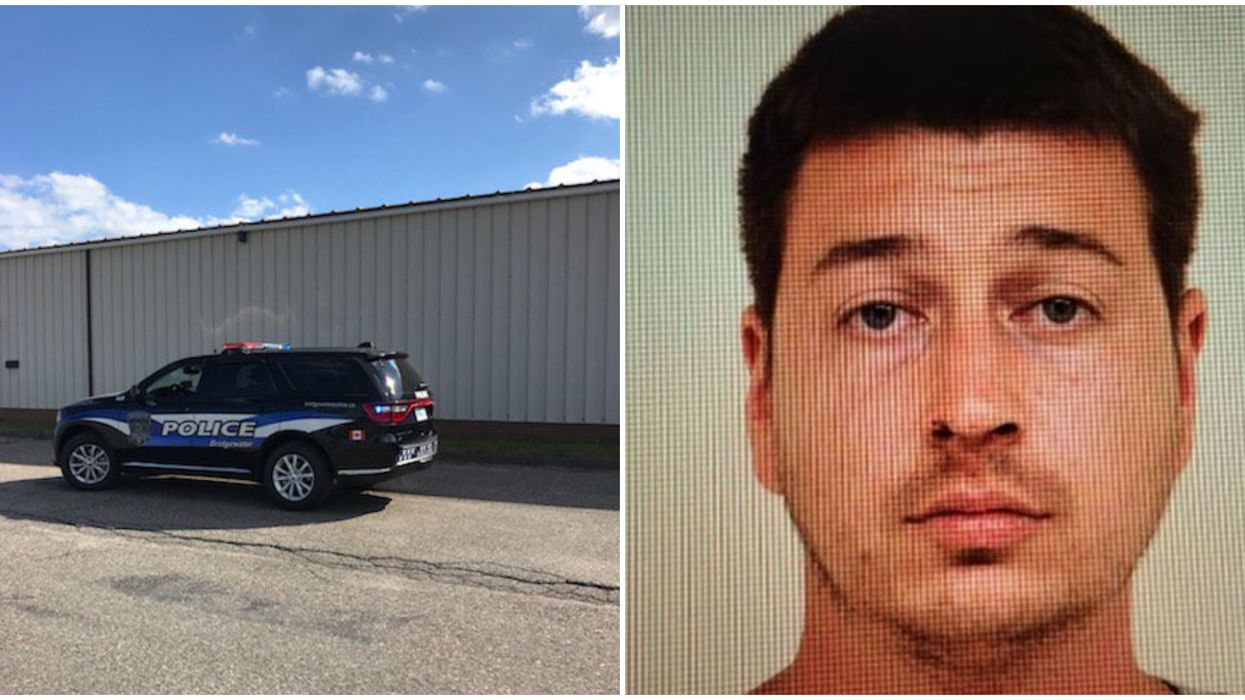 People are being asked to stay inside and keep their doors locked. The Bridgewater manhunt is still going on for the man who stabbed a cop and a police dog in Nova Scotia. RCMP have taken over the search.

For more than 24 hours now, a man has evaded police after fleeing the scene where he allegedly stabbed an officer during a domestic violence call in Bridgewater, Nova Scotia.

He has been identified as Tobias Doucette.

Along with being accused of stabbing a cop, he has also allegedly stabbed a police dog.

That apparently happened in the afternoon on July 21 when police tried to apprehend him as he fled on foot in the woods off of a highway in Conquerall Bank, just southeast of Bridgewater.

RCMP said on Twitter that the K9 is being treated and they hope he'll be okay.

The police force has taken over the search for Doucette and said that he might be armed with a knife.

He was last seen on the evening of July 21 wearing black shorts and no shirt or shoes.

Some residents in the area have been evacuated and others are being told to stay at home and keep their doors locked unless an RCMP or Bridgwater Police officer comes to their door.

RCMPNS: No more updates for tonight. Stay safe everyone and please remain inside with your doors locked. We will se… https://t.co/ImMcI8gZnx
— RCMP, Nova Scotia (@RCMP, Nova Scotia)1595378597.0

In a Facebook post on July 22, Bridgewater Police said that the attempt to apprehend Doucette the day before wasn't successful.

They have been actively searching for him since he evaded capture.

RCMP has taken over the search because the last incident with Doucette and his last known location was in Conquerall Bank and not Bridgewater.

An emergency alert was sent out in Lunenburg County, where all of this is happening, on July 21 to warn residents about the situation.

At around 11:00 p.m. the night before that, officers responded to a domestic violence complaint where Doucette allegedly stabbed an officer in the neck.

The woman who was involved in the domestic violence incident was released from the hospital with minor injuries.

Sgt. Matthew Bennett, the officer who was stabbed, underwent surgery and is recovering in the hospital.