It's open to visitors on the weekends. 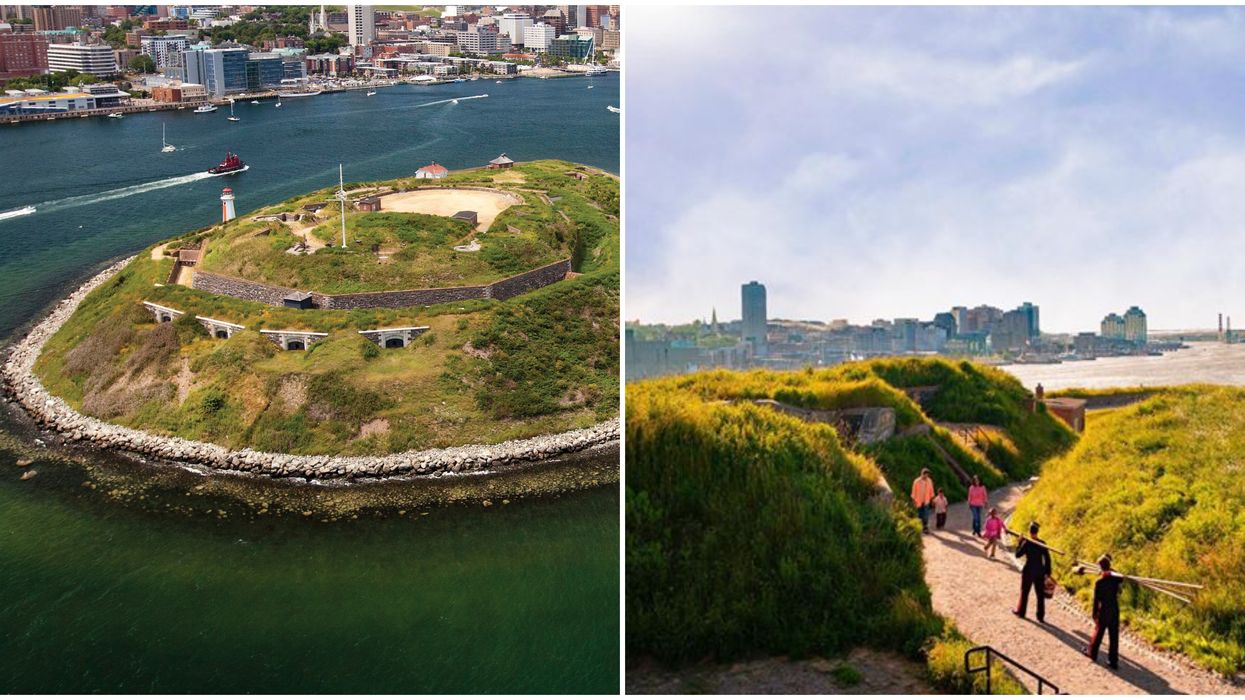 Here's something fun to do outdoors! With Georges Island in Halifax open to the public starting this month, you can explore the historic site's underground tunnels that used to store ammunition. Visitors can go to the island only on the weekends though.

Located in Halifax Harbour, Georges Island is a national historic site that was once used as a site for seaward defences in the 18th and 19th centuries.

It was just announced that for the first time in generations, the island will partially open for visitors to go and explore starting on August 8.

This happening because a new wharf was built that will act as a gateway to the island for Halifax residents and visitors alike.

Floating docks will be used to allow for safe access by recreational boats, tour boats and water taxis in the future.

For the month of August and the first weekend in September, you can get to Georges Island with boat tour company Ambassatours Gray Line.

Visitors and employees have to wear masks or face coverings and follow public health measures like physical distancing on the island.

Once you get there, you'll go up a sloped, gravelled path to Fort Charlotte where you'll be told the history of Georges Island.

From there you can explore all the different areas like the lighthouse, the parade square, the batteries and the tunnels.

The gun battery was part of the World War II defence on the island.

All the ammunition needed there back in the day was stored in a network of underground tunnels and it's recommended that you go through them with a staff member.

Parks Canada said that the underground passages and tunnels have made the island the subject of local folklore that goes back generations.

Georges Island was occupied by the British military in 1750 and was under the command of Prince Edward in 1794 when there were tensions between the U.K. and the U.S.

It's the site of one of the first fully automated lighthouses in Canada.

If you don't live in Nova Scotia, you can use this interactive map to figure out if you can travel to the province and if there are any restrictions like quarantine.

A dream side hustle for un-famous Instagrammers! 🍻

If you're looking to make a few extra dollars, a Nova Scotia-based brewery is offering locals the chance to become "micro-influencers" who are paid to drink craft beer and post about it.

Good Robot Brewing Company wants people to drink their brews, post about it on Instagram and tag them in it until November 14, 2021. The pay is $1 per post so while you probably shouldn't quit your day job, you could rake in some cash from now until the end date for this unique job.