Confederate Statues Are Being Removed In Jacksonville As Protests Continue (VIDEO)

They're all coming down 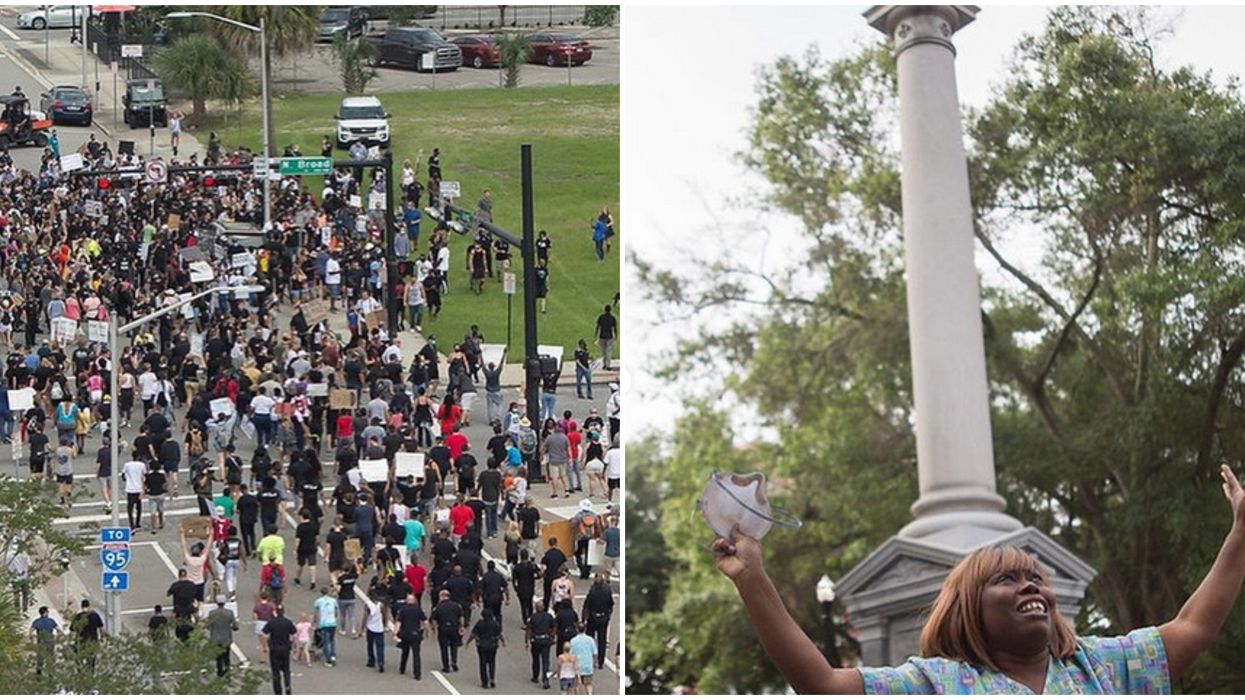 Florida's largest city is taking a stand against its past. On Tuesday, Mayor Lenny Curry announced that confederate memorials in Jacksonville are coming down throughout the city. The announcement comes after one monument was quietly hauled away Monday evening.

“If our history prevents us from reaching the full potential of our future, then we need to take action. Last night, I ordered the confederate statue in Hemming Park to be taken down as the start of a commitment to everyone in our City that we will find a way to respect each other and thrive," Mayor Curry said.

Officials removed the monument and the nameplate overnight from Hemming Park, the city's oldest park, established circa 1857. The move is one step in the city's commitment to remove all confederate monuments in public parks and on public property in Jacksonville.

Curry went on to mention how his staff will meet with historians to "ensure we acknowledge our past in a full and complete way; a way forward that leaves no person’s heritage or experience behind.”

The removal was followed by a march Tuesday morning led by some famous residents like Jacksonville Jaguars running back Leonard Fournette and rapper Lil Duval. They were joined outside of City Hall by Mayor Curry.

In the momentum of the protests, officials will also be bringing legislation that will unite local government officials like the mayor's office and the sheriff department with more "independent voices from the community that will help make and review important decisions.⁣"

The statue that stood in Hemming Park was built in 1898 and was one of the few that survived a fire that swept the city's downtown in 1901. Over the years, activists have sought to remove the statues in Jacksonville.

In 2018, Ben Frazier of the Northside Coalition of Jacksonville, and a number of other activists participated in a three-day, 40-mile march to St. Augustine to call for the monuments to be removed but was unsuccessful.

"It's not about the brick, the marble, the metal, or the stone. This has never been a fight about southern heritage," Frazier said on Monday. “For the city to move forward into the light of a brand new day it must divorce itself from a history of inequality and a legacy of racial injustice."