The Canadian recently paid a visit to West at his Wyoming ranch. 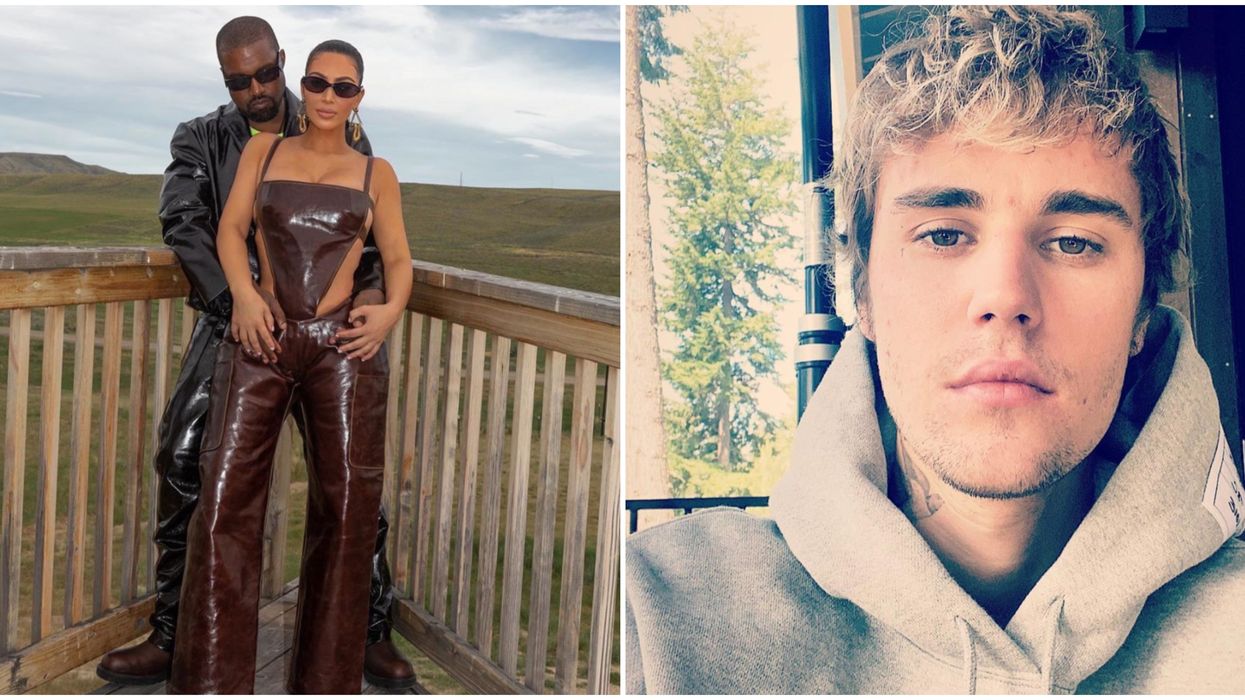 Mending relationships. Earlier this month, Kim Kardashian and Kanye West appeared to be having marriage trouble after the rapper revealed personal information about the couple at a rally. Recently, Justin Bieber paid a visit to West and encouraged him to patch things up with his wife.

On July 24, the father of four tweeted out a photo of the Canadian hanging out at his YZY Campus.

According to PEOPLE, Bieber and his wife Hailey made a stop in Cody, Wyoming, at West's private ranch while on their ongoing road trip.

The 43-year-old has been at the property apart from his wife and children for some time now, and in a since-deleted tweet, he revealed that he's been seeking a divorce from Kardashian since she met with rapper Meek Mill to discuss prison reform.

Just days after West's Twitter rant, the mother of four made a statement on Instagram about her husband's mental health and struggles with bipolar disorder.

On July 25, the "Stronger" singer issued a statement of his own, publically apologizing to Kardashian for his earlier comments.

"I would like to apologize to my wife Kim for going public with something that was a private matter. I did not cover her like she has covered me.To Kim I want to say I know I hurt you. Please forgive me. Thank you for always being there for me," he wrote.

Despite the public apology, PEOPLE reports that at the time of Bieber's visit, West had yet to privately reach out to his wife to talk.

"Kanye ghosted Kim," a source told the outlet. "She tried to reach him for days, but he wouldn't answer calls and he wouldn’t answer texts."

During his stay with his fellow musician, Bieber encouraged West to work out the ongoing situation with his wife, leading him to text her and then talk on the phone.

"Justin wants to be supportive," the source also said. "[He] knows that Kanye has been making new music and appreciates how much pressure it is to produce new music."

Just days after West took Bieber's advice, Kardashian flew out to the ranch to talk to her husband in person.

TMZ snapped photos of the couple having what seemed to be an intense conversation at the KKW Beauty mogul broke down in tears.

Neither party has commented on the current status of their relationship, but it seems that Bieber is the person to go to if you're in need of romantic advice!