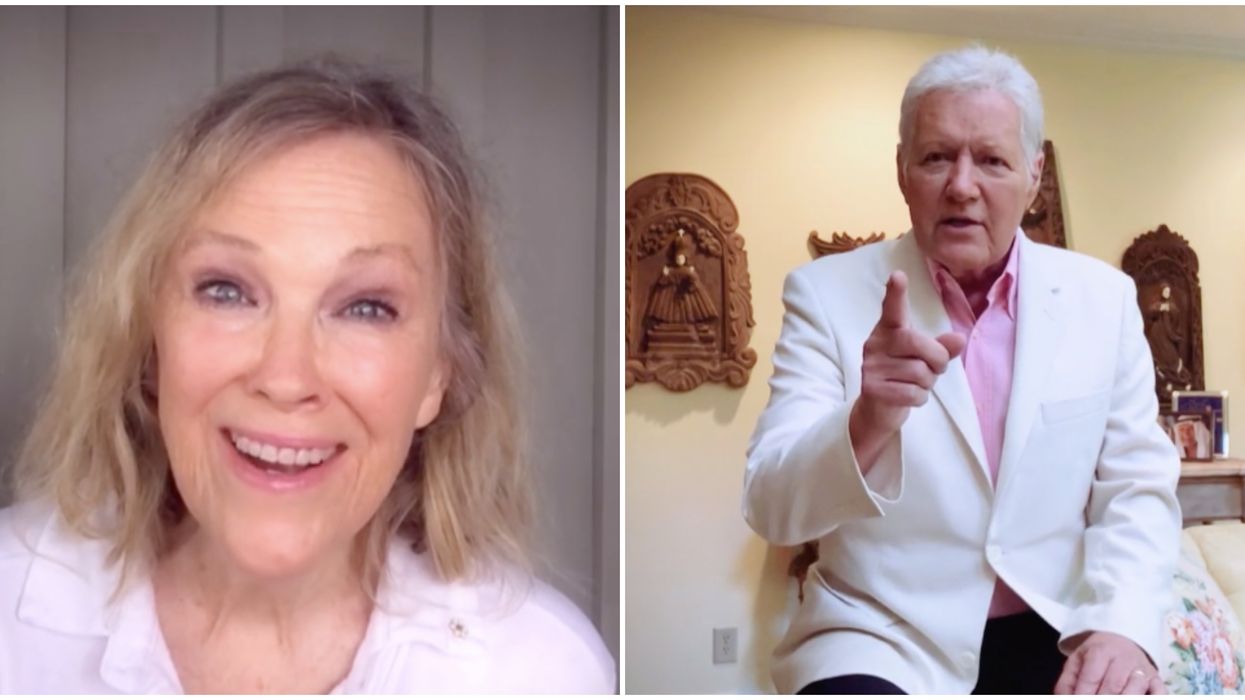 It's like the house hippos all over again. Thanks to the show Last Week Tonight's Conspiracy PSA we get a new lesson in false-information with yet another Canadian spin. This time it's courtesy of Moira Rose.

The Canadian starts with her classic humour before warning people that "not everything on the internet is true."

While Moira was never mentioned, Catherine O'Hara does give us a line that seems straight out of Schitt's Creek telling people that they are smart cookies and they have "the look of a scholar and the taste of a macaron."

She's not the only Canadian representation in the PSA series, which was made for John Oliver's Last Week Tonight.

Alex Trebek, host of Jeopardy! and now the author of his own new book, also got in on the action.

After a reference to his game show, he acknowledged that we are living in scary times and says it's important to keep asking questions.

"If nobody ever asked questions, Jeopardy! would be a very very weird show," he says. "It would be just me reading obscure facts into the faces of silent strangers for 30 uninterrupted minutes."

Trebek then cautioned about making sure the answers you get to those questions are real and from trusted sources.

Like Catherine O'Hara, he advised people to think critically before sharing information online and to stay safe.

The video series also includes PSA's from Paul Rudd talking about being not-dead, Billy Porter being fabulous as ever, and John Cena getting half-naked.