What to watch now that the series is over. 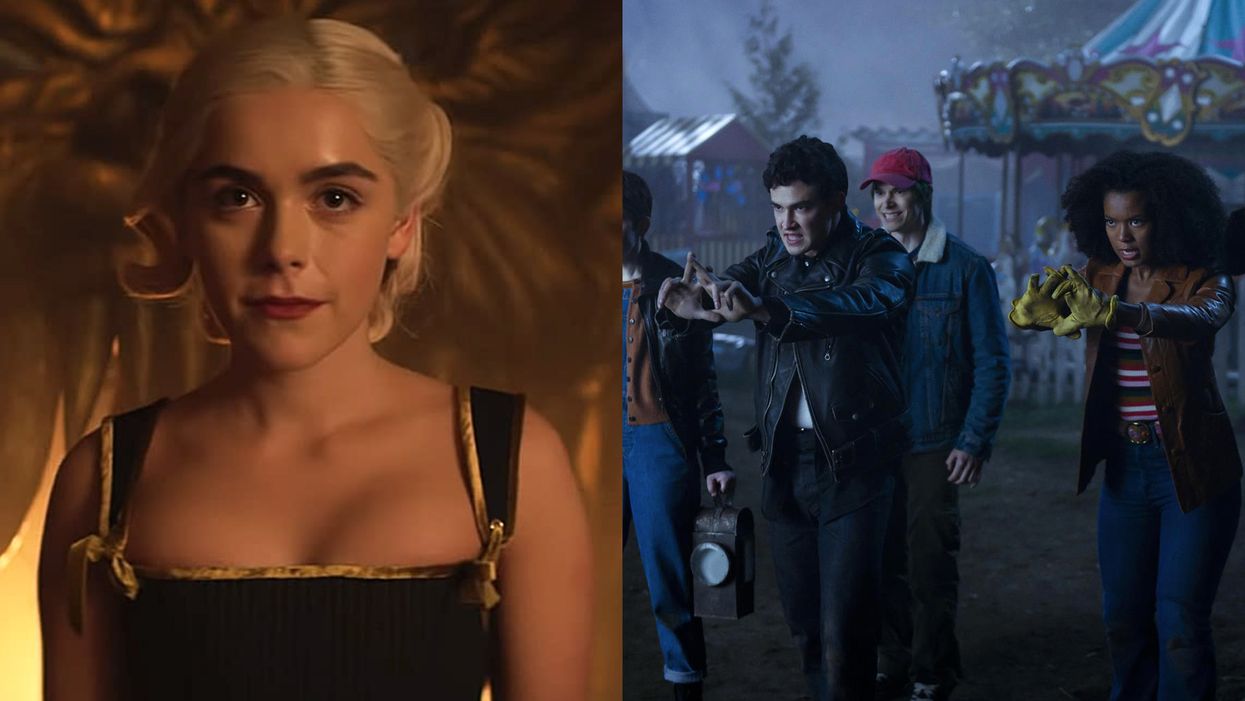 Have you already finished watching the last season with Sabrina Spellman and the Eldritch Terrors? If you are craving a magical series binge, you'll want to watch these shows like The Chilling Adventures Of Sabrina.

Below we listed eight top picks, some with witchcraft so powerful they would be right at home at the Academy Of Unseen Arts.

It is time to get cozy, as some have as many as 15 seasons for you to catch up on. One thing is for sure you won't run out of things to stream anytime soon.

Editor's Choice: Netflix’s ‘Chilling Adventures Of Sabrina’ Gets Cancelled & Will End With Part 4

Why You Need To Watch It: It is based on the novel The Magicians by Lev Grossman and follows a group of students enrolled in a secret school to learn magic. You can binge all four seasons on Amazon Prime Video.

Why You Need To Watch It: With all eight seasons available on Amazon Prime Video, you'll have plenty to binge. The teen supernatural drama is about a girl who discovers two vampires attend her high school. Over the many seasons, you'll get introduced to many other magical creatures, like witches and werewolves.

Why You Need To Watch It: Just like their father, brothers Dean and Sam attempt to rid the world of hellish creatures like ghouls, shapeshifters, wraiths. There are 15 seasons available for you to binge on Amazon Prime Video.

Why You Need To Watch It: Much like The Chilling Adventures Of Sabrina, it is loaded with action, supernatural creatures and magic. It is about a Clary who discovers she is a human-angel hybrid and is recruited to kill demons.

Why You Need To Watch It: In The Chilling Adventures Of Sabrina Riverdale, the neighbouring town, is mentioned several times. This series on Netflix won't disappoint, as it has the dark and mysterious drama you crave.

Why You Need To Watch It: It is a solid pick if you want more screentime about the devil, who Sabrina's coven worships at the start of the series. The addictive series Lucifer is about the ruler of hell, who gets bored and decides to help a detective punish criminals.

A Discovery of Witches

Why You Need To Watch It: It is about a historian who gets pulled back into the supernatural world and needs to work with a vampire to uncover the secrets within a manuscript.

Have you already binged all six seasons of Lucifer? If so, here are eight addictive shows on Netflix that are perfect for Luci-fans.

Get ready to watch something new. These shows offer playful banter, supernatural creatures and drama-filled stories. One of them even was mentioned as one of Mr. Morningstar's favourites.

Following a call with the prime minister over the weekend, premiers from across the country are responding to Doug Ford’s calls for COVID-19 resource support in Ontario.

According to Global News, the Ontario premier called for vaccines to be rerouted from Atlantic Canada, as the province continues to deal with rapidly rising cases of COVID-19.

You'll be on the edge of your seat while watching these. 📺
Super Channel Paramount + | Handout

If you're a fan of true crime documentaries, then these stories will give you goosebumps.

From tales of Canada's oldest cold case to notorious murderers, these documentaries all have horrifying ties to Ontario, and you won't want to watch them right before bed.