This Florida Beach Has Stunning Vistas And Hidden Sea Coves 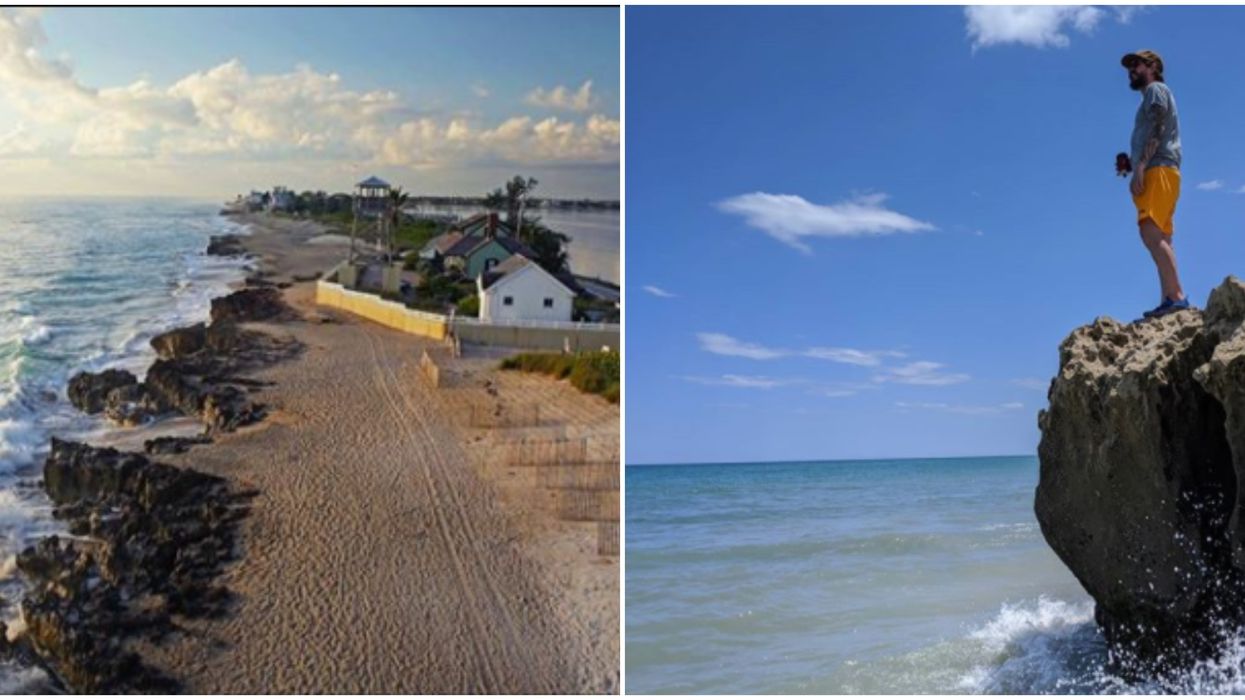 The Sunshine State is home to some of the country's most diverse coastlines. From sandy, flat beaches to moody oceanfronts, you will be amazed at what Florida's miles of beaches can offer. One Florida Beach Ross Witham Beach in South Florida is one of the most dramatic of them all.

Located in Martin County, Ross Witham Beach has a moody outcropping that has produced hidden sea coves and caves for you to explore.

The local story of the rocky coastline says that it's named after Ross Witham, who studied and protected sea turtles, earning the nickname "Turtle Man."

Editor's Choice: You Can Find Miles Of Sparkling & Spikey Shark Teeth At This Florida Beach

The coastline itself it an outcropping of the Anastasia formation, a stretch of limestone rocks known as coquinas.

The outcropping is what gives the beach a moody and dramatic look, with the waves of the Atlantic crashing into the rocks and creating numerous coves that, outside of high tide, you can actually explore.

There are also caves that have been carved out of the rocks, however, if you're venturing into the caves and the coves, be careful as the high tide can fill these areas.

Besides the outcroppings, another dominant feature of Ross Witham Beach is Gilbert's Bar House of Refuge.

This old building served as a life-saving station for sailors whose ships were wrecked.

Ross Witham Beach is free for visitors, though there is an $8 admission fee to enter and explore the museum. Put a spin on your regular beach day and explore this intriguing coastline.

Price: Free for the beach, $8 to explore Gilbert's Bar House of Refuge

Why You Need To Go: A dramatic Florida coastline with spectacular views and hidden sea coves.