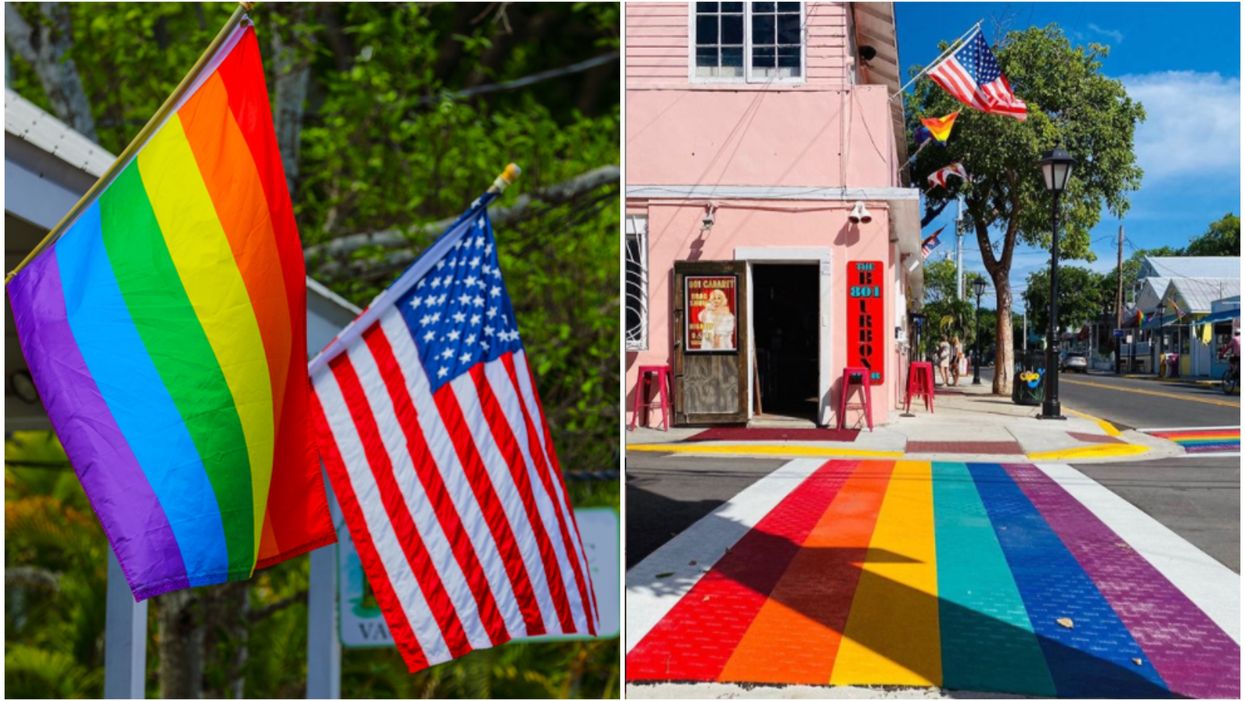 As Pride Month continues, one Florida city has taken a unique approach to show that they welcome everyone. Rainbow crosswalks in Key West will become a permanent feature on the city's main thoroughfare. The move was made as an act of solidarity and inclusiveness, especially for those in the LGBTQ community.

“The rainbow crosswalks, to us in the City of Key West, mean that everybody is welcome, everybody is equal, everybody is recognized and, once again, that we do really abide by the ‘One Human Family’ spirit,” Mayor Teri Johnston said to CBS Miami.

Located at the intersection of Duval and Petronia streets in the heart of the city's Historic District, the reveal on Monday, June 15, coincided with the Supreme Court's decision to protect LGBTQ people from workplace discrimination.

The idea isn't the first time the city has installed rainbow crosswalks to celebrate the LGBTQ community, though.

They were first introduced in 2015 and were a popular photo spot with the city's visitors. Over the years, the crosswalks faded, resulting in the repaving project and Monday's ribbon-cutting ceremony.

According to CBS Miami, the crosswalks were laid by city workers and were treated with propane torches that will permanently keep the colors vibrant.

The rainbow crosswalks are part of the city's "One Human Family" initiative, which has been Key West's official philosophy for 20 years.

Coined by local designer J.T. Thompson, the slogan has since been embraced by "the entire 125-mile-long Florida Keys island chain in early 2001" the City's site says.

Cities across the country have put rainbow crosswalks on their city's main thoroughfares and intersections during this month, but have received pushback in the past.

This won't be a problem for this city, where, the mayor says, “everybody is a part of Key West.”

A self-proclaimed "free-spirited" and laidback community, they have continually said that they support their LGBTQ visitors and want them to feel “free to be themselves wherever they go."