Poisonous Toads In Florida Are Officially Making A Comeback

They are extremely toxic to pets. 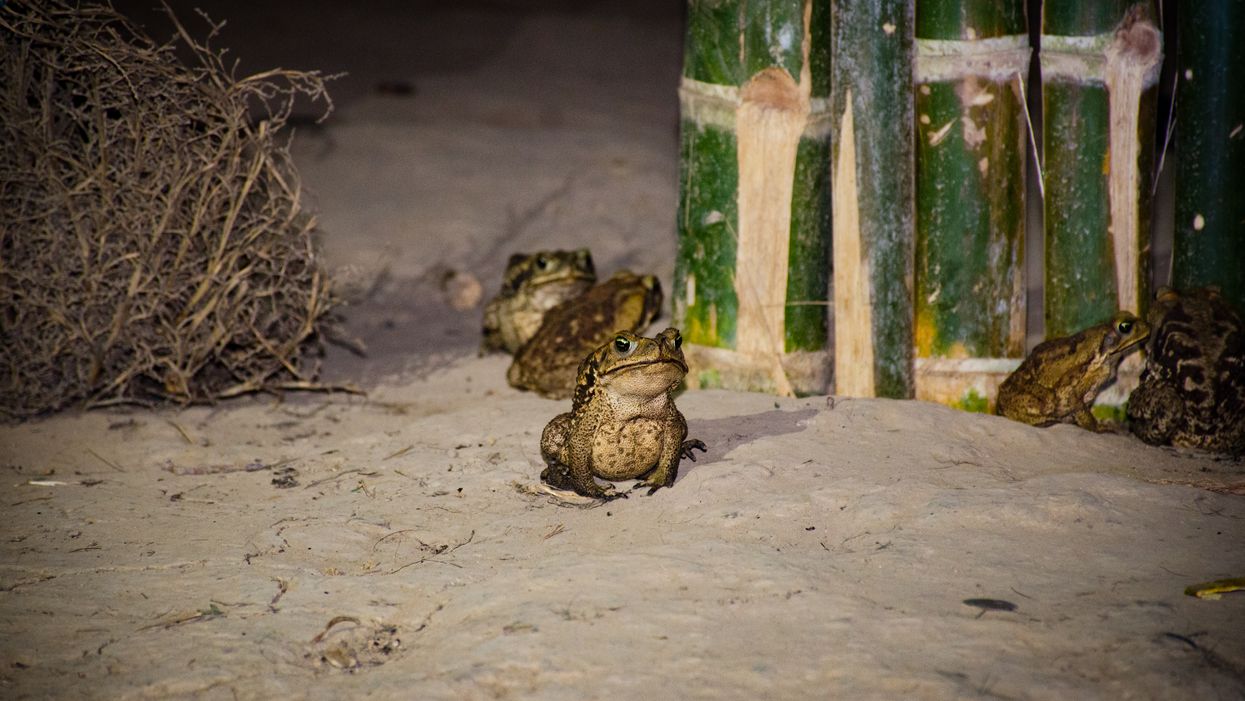 As the Sunshine State tackles COVID-19, police brutality, and a looming hurricane season, it seems residents are being dealt another bad hand. Toxic cane toads in Florida are making an appearance thanks to heavy rains, and they're extremely deadly to pets. Veterinarians across the state are warning owners of the dangers of these creatures.

"We are starting to see an increase of these toads, especially in yards or near lakes and ponds," Wags Animal Hospital in Miami said in a Facebook post. "Some signs that your pet may have come in contact with a Cane toad are pawing at its face, drooling, vomiting and disorientation."

With the hurricane season underway, vets advise pet owners to watch out for these toxic amphibians as they are known to cause death in less than 15 minutes.

Unlike the typical toad and frogs found in your yard, when these creatures are threatened, they emit a white venom as a defense mechanism against predators, which the Florida Fish and Wildlife Commission (FWC) says could pose a threat to pets, including cats and dogs.

While they are harmless to humans if your pet comes into contact with these pests, they recommend residents rinse their pet's mouth out with water and wipe any toxins from their faces, gums, and tongue, apart from taking your furry friend to the ER.

Also known as the bufo toad, they vary in size and are often mistaken with the native southern toad. However, these venomous creatures can grow massive, even doubling in size.

According to the FWC, while cane toads don't have ridges across the head, they are "reddish-brown to grayish-brown with a light-yellow or beige belly."

These invasive amphibians are back due to heavy rain as the weather is prime for breeding, according to Toad Busters, a poisonous toad removal company, said on their Facebook.

"We’re at the peak of breeding season, and all those little buggers need to lay a clutch of up to 30,000 eggs is... water. Any water," the company said.