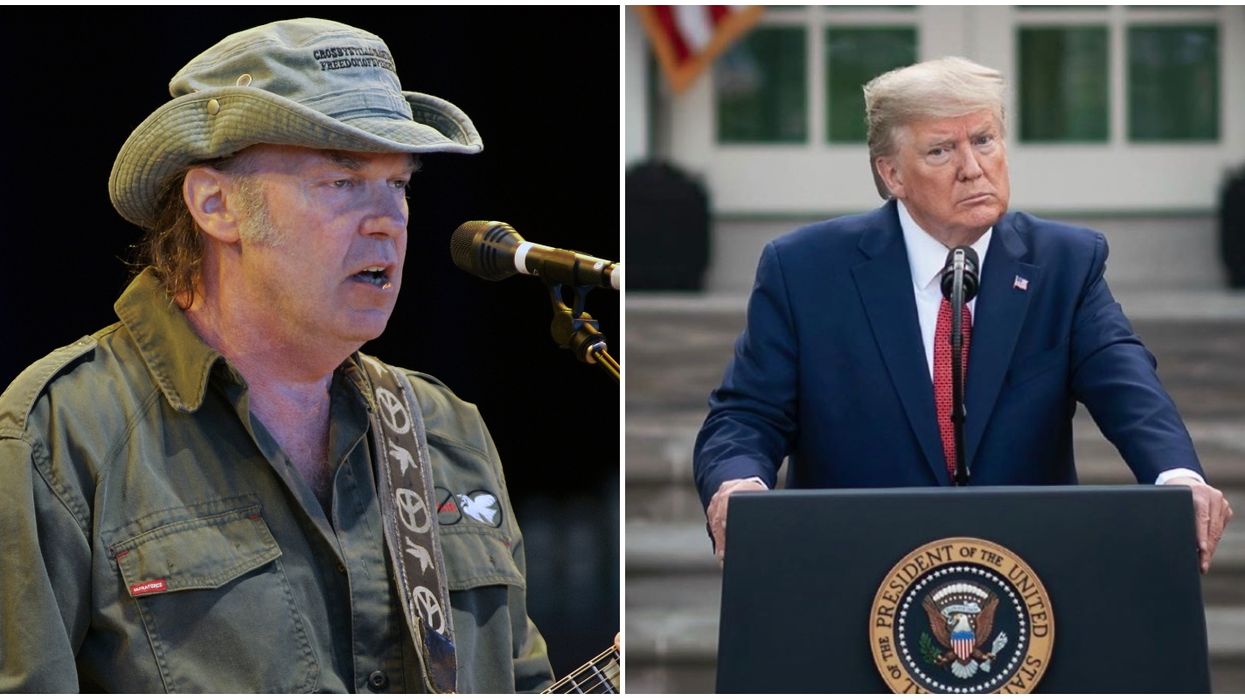 President Trump's speech for Independence Day included some Canadian content. Neil Young songs were played during the event, and the Canadian singer was not happy about it. He made his feelings publicly known.

During the July 3 event held at the base of Mount Rushmore in South Dakota, Neil Young tracks including "Like A Hurricane" and "Rockin' In The Free World" were played both before and during the event itself.

Morgan Matzen, a reporter for the Rapid City Journal, tweeted video clips of the moments when the songs were playing.

The official Neil Young Archives account on Twitter shared the video of "Rockin' In The Free World" playing at the event with the message, "This is NOT ok with me..."

Oddly enough, the lyrics to that song take a critical look at capitalism and life in the United States, even satirizing statements from past Republican presidents.

The clip of "Like A Hurricane" was also shared on the feed with a similar message, reading "I stand in solidarity with the Lakota Sioux & this is NOT ok with me."

Young is referring to the local Indigenous tribes that protested the President's appearance at Mount Rushmore, according to a report from The Hill.

The Canadian singer-songwriter has been vocal about his dislike for Trump in the past, even referring to past instances where one of his songs was used against his wishes.

In an open letter to the President posted on his website, Young wrote "Every time 'Keep on Rockin' in the Free World" or one of my songs is played at your rallies, I hope you hear my voice. Remember it is the voice of a tax-paying US citizen who does not support you. Me."

Young officially became a dual citizen of both Canada and the US in January.

This is the second time in the span of a month that President Trump has been criticized for using certain songs at his events.

After a June rally in Tulsa where Tom Petty's "I Won't Back Down" was played, the Petty family shared a message that criticized Trump for using the track and issued a cease and desist order to the campaign.