Who else is obsessed with The Queen's Gambit? 😍 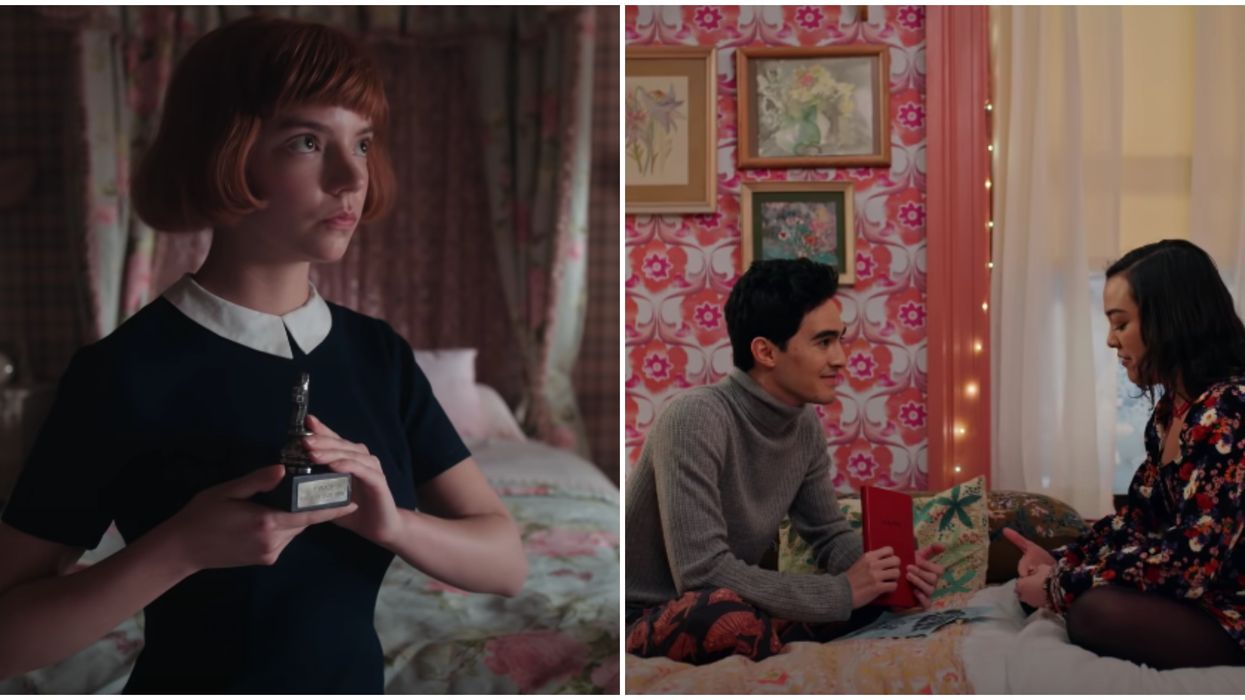 Who doesn't love a good movie night? This weekend, you can plan to stay inside, cozy up by the fire and binge an entire list of new Netflix movies and tv shows that were just added to the streaming service.

Whether you like a good intellectual drama or a cheesy Christmas movie to get you in the holiday spirit, this list will have you covered.

All the shows and movies mentioned below are new and popular on Netflix and currently available for streaming. From Anya Taylor-Joy's excellent performance in The Queen's Gambit to the best new Christmas-themed TV series to hit the platform, we have options for every viewer.

Think of every cheesy Christmas movie set in New York City that you've ever loved. Now picture that favourite movie but stretched into a totally binge-able Netflix series. Two teenagers search for love by completing a series of scavenger hunts in NYC during the holidays. If you love over-the-top Christmas romances, then you need to watch Dash & Lily.

Right now, you can re-watch season three of The Crown on Netflix and get your fix of British dramas. Olivia Colman's performance as Queen Elizabeth II is worth your entire weekend. But be prepared, season four will drop on Sunday, November 15 and it will definitely keep you busy all day long!

If you love a good thriller and a captive cinematic experience, Rebecca is perfect for you. Lily James plays a lady's companion who's swept off her feet by Armie Hammer's character, Maxim de Winter. The seemingly romantic movie takes a chilling turn and is set in 1920's Monte Carlo. Every twist and turn will keep you guessing what will happen next.

Kat Graham stars in this totally predictable Christmas movie that just premiered on Netflix. If you need to get in the holiday spirit and you're dreaming of travelling to a sunnier destination, this movie is perfect for you. The perfect Saturday afternoon movie that you can throw on and only partly pay attention to.

The ultimate throwback is back! The iconic show that ran on multiple networks, including the Disney Channel, is back but this time it's on Netflix. Tia and Tamera Mowry play two twin sisters that were separated at birth and accidentally meet later 14 years later. If you're feeling nostalgic, check out all six seasons of Sister, Sister available now.

Netflix's newest hit series is creating a buzz as viewers are calling it the best new show of 2020. Anya Taylor-Joy gives an exquisite performance as the chess champion and tortured soul, Beth Harmon. The show is dramatic, seriously twisted and makes the game of chess exciting even if you don't know the difference between a pawn and a rook.

The Trial Of The Chicago 7