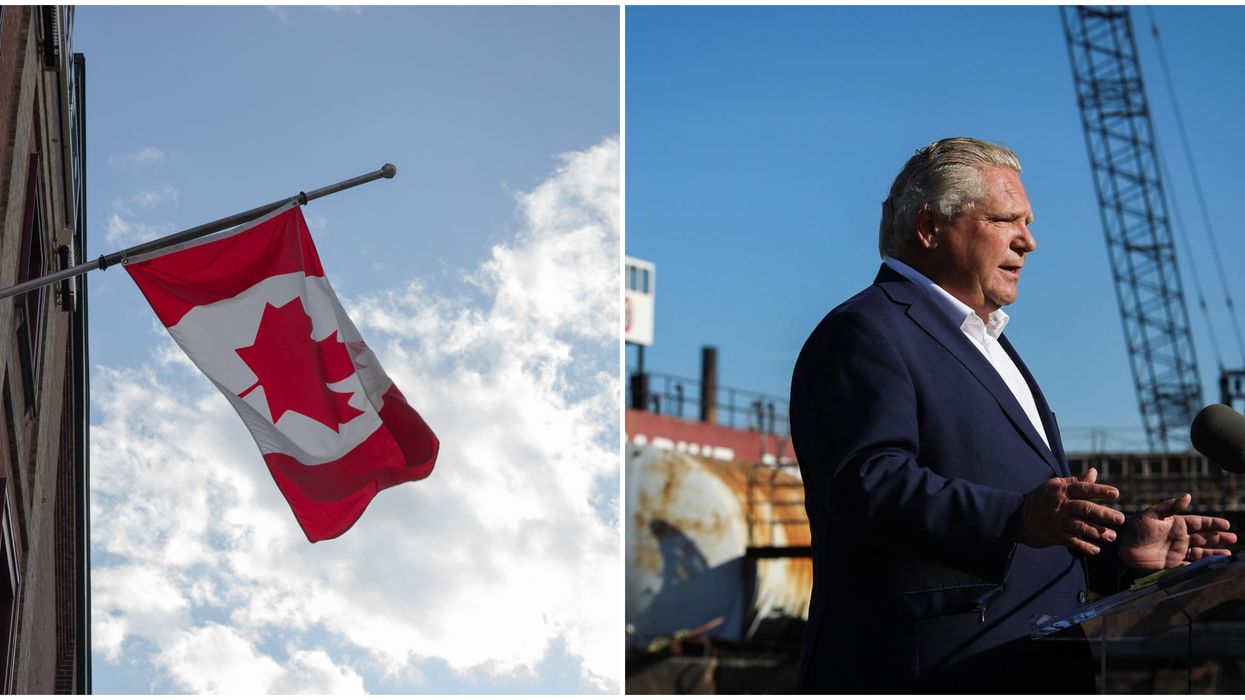 Anthony Riera I Unsplash I Fordnationdougford I Instagram
Osobe Waberi

Some regions in Ontario are facing new lockdown orders that will go into effect at the stroke of midnight on Monday morning, after seeing a wave of COVID-19 cases completely take over.

But contrary to how it might feel right now, Toronto and Peel's looming shutdowns are not even the country's strictest restriction to date.

In fact, other provinces in the country are either seeing some major clampdowns or have been on high alert for some time now.

Editor's Choice: Vaughan Mills Is Trending On Twitter As People Prepare For The Retail Lockdown Fallout

Which part of Canada is the strictest?

Today, one of the strictest provinces in Canada is Nunavut.

That's because, on Wednesday, the territory went into lockdown for two weeks with some heavy rules, according to Global News.

Currently, non-essential businesses are shut down and gatherings can only have up to five people. What's more, Nunavut has also closed down schools, something not yet seen in other provinces as of late.

Another province has also seen some of the strictest rules to date: Quebec.

The premier of the province, Francois Legault, said what was intended to be a short-term lockdown in many regions in the province might be extended through to Christmas, according to The Canadian Press via National Post.

Quebec had been on lockdown since October 1st, with closed bars, restaurant dining rooms, museums and many indoor and outdoor gatherings were banned.

Schools will also possibly be closed for a week or two after the holiday break the premier reportedly said.

Are any other provinces or territories on lockdown too?

Manitoba is also among the provinces on lockdown after seeing the highest number of cases per capita and going into code red restrictions, the report said.

So far the lockdown has seen the government close off restaurants, gyms and malls. However, schools have continued to remain open.

What's different with this province is that social gatherings are not only more reduced than that of Nunavut and Quebec, but they're strictly banned.

Some parts of Ontario will see some lockdown action soon enough.

The premier announced that inside gatherings are not allowed with anyone outside of your household and that outdoor gatherings can only see up to 10 people.

In addition, gyms, movie theatres, and personal services will be closed.

Non-essential services like malls are only allowed to stay open for pick-up and delivery. Schools are expected to remain open.

What else is being done?

Although not on lockdown, one Canadian territory has somehow managed to be known as one of the strictest regions in the country regarding some of its COVID-19 measures.

Northwest Territories is one of the most restricted places in Canada, according to CBC News.

It also is among the regions least affected by the pandemic. As of today, N.W.T has zero active COVID-19 cases.

The territory has cracked down on gatherings and self-isolation rules.

For example, personal home get-togethers have been capped at up 10 people, 25 people for indoor public events, and outdoors to 50 since June.

Also, visitors can't come into the territory without an okay from health officials and anyone entering the N.W.T. has to self-isolate for 14 days.

It's apparently so strict that business owners and health-care professionals are tired of it and question "why the restrictions remain so strict" the report said.