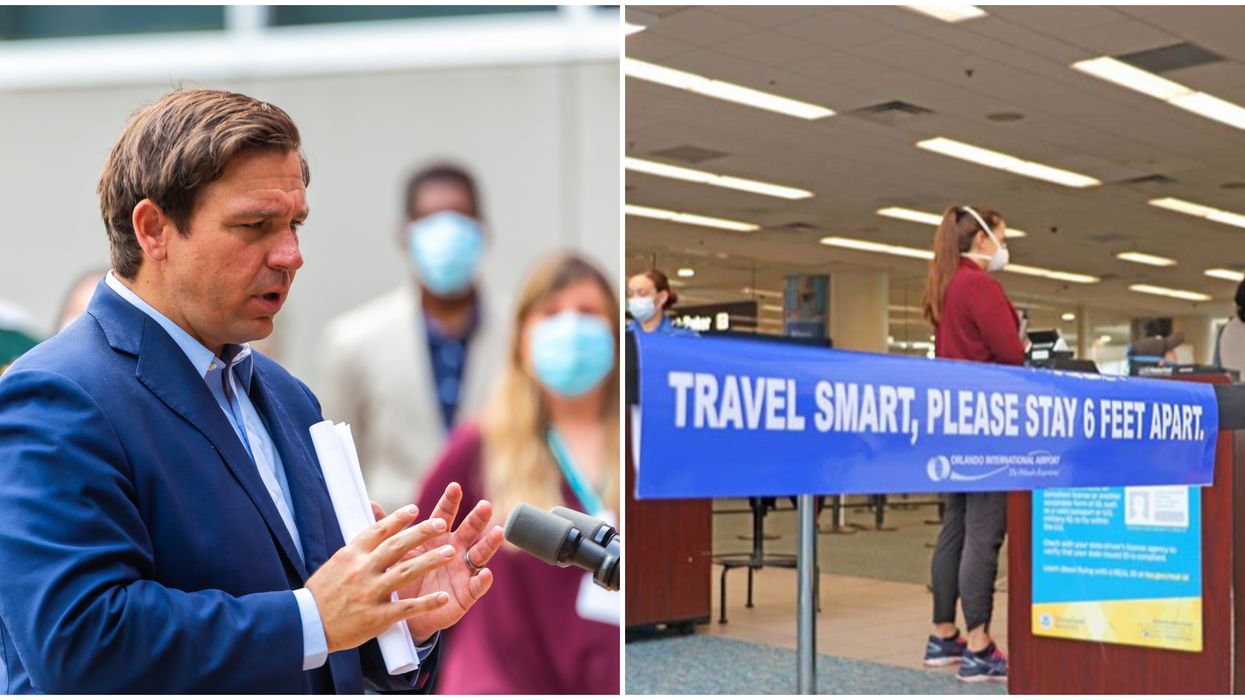 “An airport in Central Florida had a couple cases, they did the contact tracing; they looked over almost 500 workers, 260 people working close together, positive. 52% positivity rate on that one,” DeSantis said at the conference.

DeSantis' presentation of the numbers suggested that all 260 positive tests were from airport workers, but that was not the case. Phil Brown, the Greater Orlando Aviation Authority CEO, was quick to correct the statement.

Brown clarified that the Florida Department of Health conducted 500 tests at MCO over three days last week. However, only two of those tests during that period came back positive.

As for the 260 positive cases figure announced by DeSantis, Brown said that between March and June, 132 airport workers tested positive for COVID-19 out of Orlando International Airport's more-than 25,000 employees — this included airline and rental car employees, TSA workers, and airport authority staff.

The 132 positive employees coupled with an additional 128 positive tests from people who didn’t work at the airport come to the 260 total. The 128 positives were not employees but were linked by contract tracing to the positive airport workers.

“I hope this information clarifies what can be a confusing mix of data for the traveling public,” Brown said in a press release.

“We continue to work with all of our health department officials to ensure all is being done to keep the traveling public and our employees safe at Orlando International Airport.”

This mix-up follows back to back days of more than 2,000 new cases of the virus being reported in Florida, with the state total climbing to 82,719 according to Florida's COVID-19 Data and Surveillance Dashboard.

Whether you travel into the Sunshine State through Orlando International or choose another of Florida's airports, you may be required to self-isolate.

The executive order mandating a 14-day self-isolation by those traveling to Florida from the Tristate Area was recently extended through June 30.