Alberta's deputy commissioner had said that he doesn't believe it exists in Canadian policing. 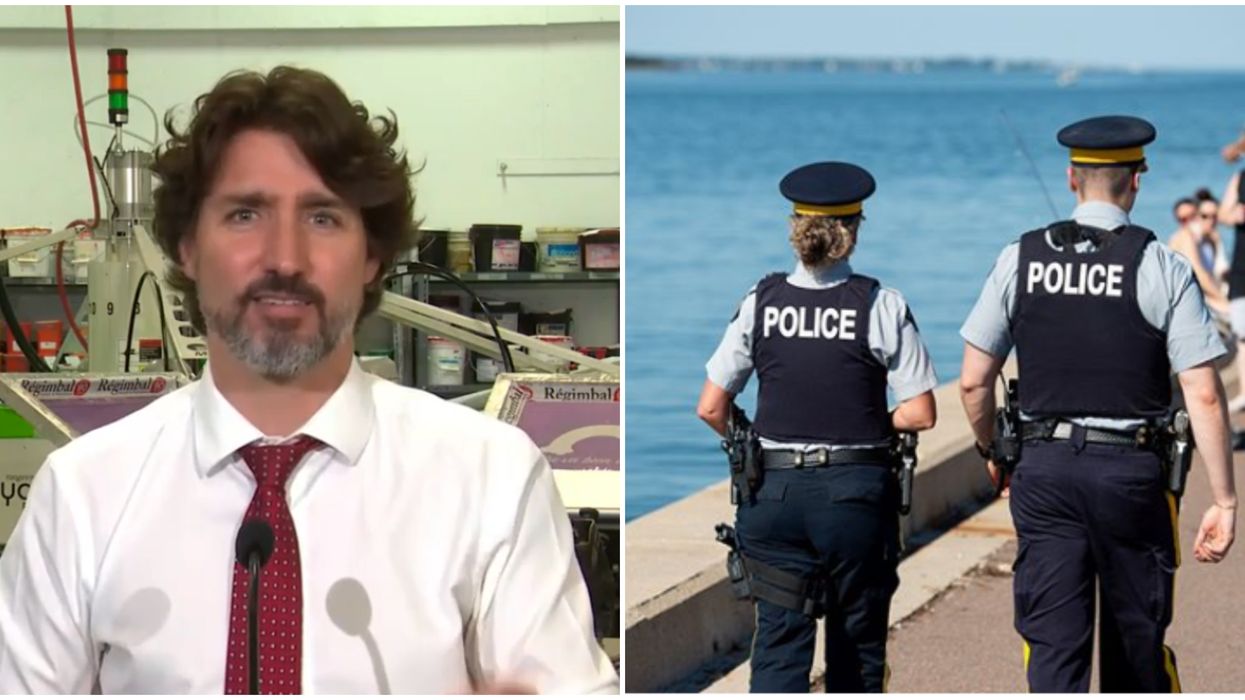 These are some differing opinions. Justin Trudeau's systemic racism comments go against what has been said by RCMP officials. He said that it exists in every police force in Canada, including the RCMP.

During a visit to an Ottawa business to talk about the COVID-19 pandemic, Trudeau also addressed comments from RCMP officials about the existence of systemic racism in policing.

He noted that in many cases it's not deliberate or intentional but that does happen.

The Prime Minister pointed out that the systems that have been created over generations in Canada haven't always treated racialized people fairly.

"That's why it's so difficult to address because it does require us to look at the very building blocks of institutions and of our country," he said.

Trudeau called it a difficult and uncomfortable conversation.

He also mentioned that when people hear this, they claim that it paints all of the country's institutions with a negative brush and that it's not being proud of Canada.

To that, the Prime Minister had a very simple response.

"As much as we admire and support the RCMP, we know we need to do better," Trudeau said.

For the Liberal leader, Canadian exceptionalism isn't about thinking that we're the best country in the world, it's about knowing that we could be.

Earlier in the week, RCMP Alberta's Deputy Commissioner Curtis Zablocki had commented on the presence of racism in police forces.

She noted that he misinterpreted the term and meant to say that he didn't believe racism runs rampant across the entire organization.

Multiple incidents with the RCMP have come to light recently including a man getting knocked down when an officer drove toward him with the car door open in Nunavut.

Athabasca Chipewyan First Nation Chief Allan Adam has brought forward allegations of racism and police brutality after he was injured during an interaction with RCMP officers.

Trudeau said that significant measures need to be taken rapidly to address issues within the force.