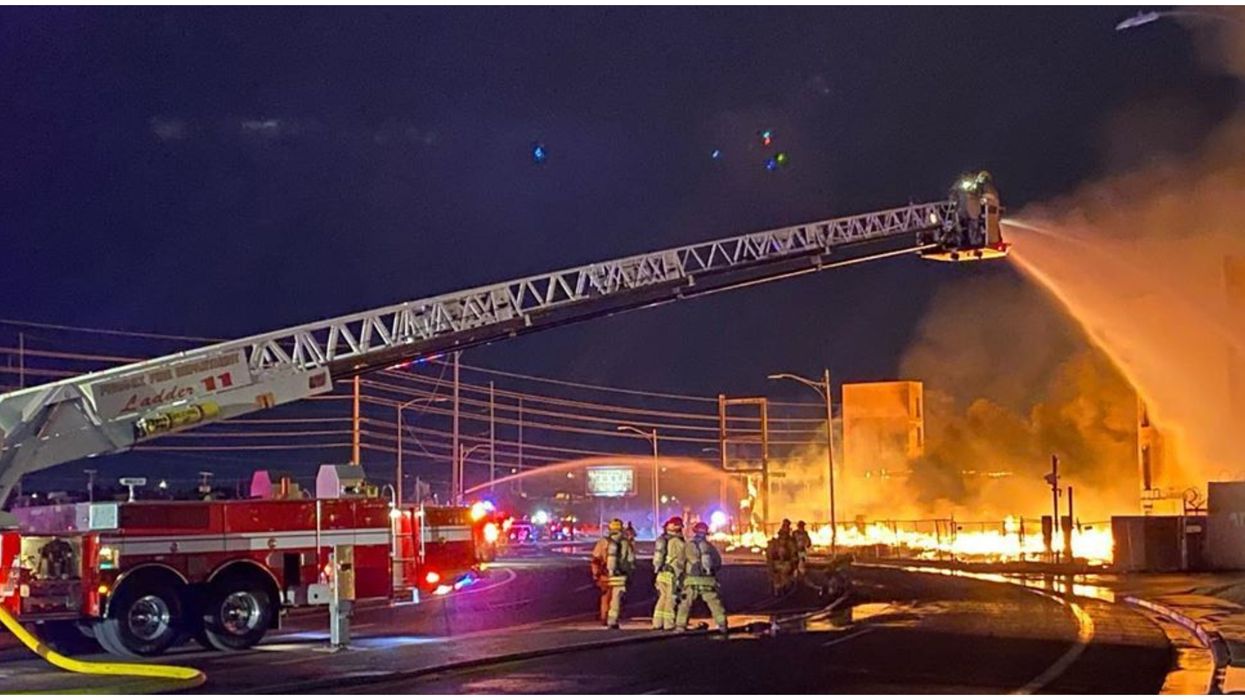 It was a tough night for firefighters last night. A massive Phoenix fire broke out at an apartment complex under construction at approximately 9:42 p.m. on Sunday. Fire department crews rushed to the scene to extinguish flames that engulfed the four-story building.

The Phoenix Fire Department responded to a structure fire off of 600 West Grant in the city last night.

According to PFD's Twitter post, the wood-framed complex was under construction when the fire broke out, and "Burning construction equipment (trucks, tractors, forklifts) and barrels on scene caused many of the explosions."

It took over 150 firefighters to battle the massive blaze.

Flames grew quicky as the PFD dealt with wind gusts causing the fire to move east towards other buildings and businesses.

Thankfully, crews were able to get ahead of the blaze before it caused damage to the surrounding areas.

The PFD wrote on an Instagram post that investigators arrived to determine how the fire started and no injuries were reported.

As of this morning, the Phoenix Fire Investigations Task Force is on-site, and the cause remains unclear.

The PFD's most recent Facebook post says that the complex was a multi-housing project in downtown that was 40% complete.

The Phoenix Police also reported that gunshots were heard during the fire: however, Fox 10 confirmed that no shooting took place.

"Arrests were made in connection to an argument between a group of people who were armed, but no shots were fired," reported Fox 10.

However, that's not the only incident that occurred Sunday night. Crews also responded to a "working house fire near 59th Ave and Granada Rd."

Residents of the area were safely evacuated as quick responses from crews and "big water" allowed for the fire to be extinguished with no injuries.

An investigation is in place to determine the cause of the fire that the PFD says, "that could be seen all around the valley."