The sheriff spoke out against people partaking in criminal acts. 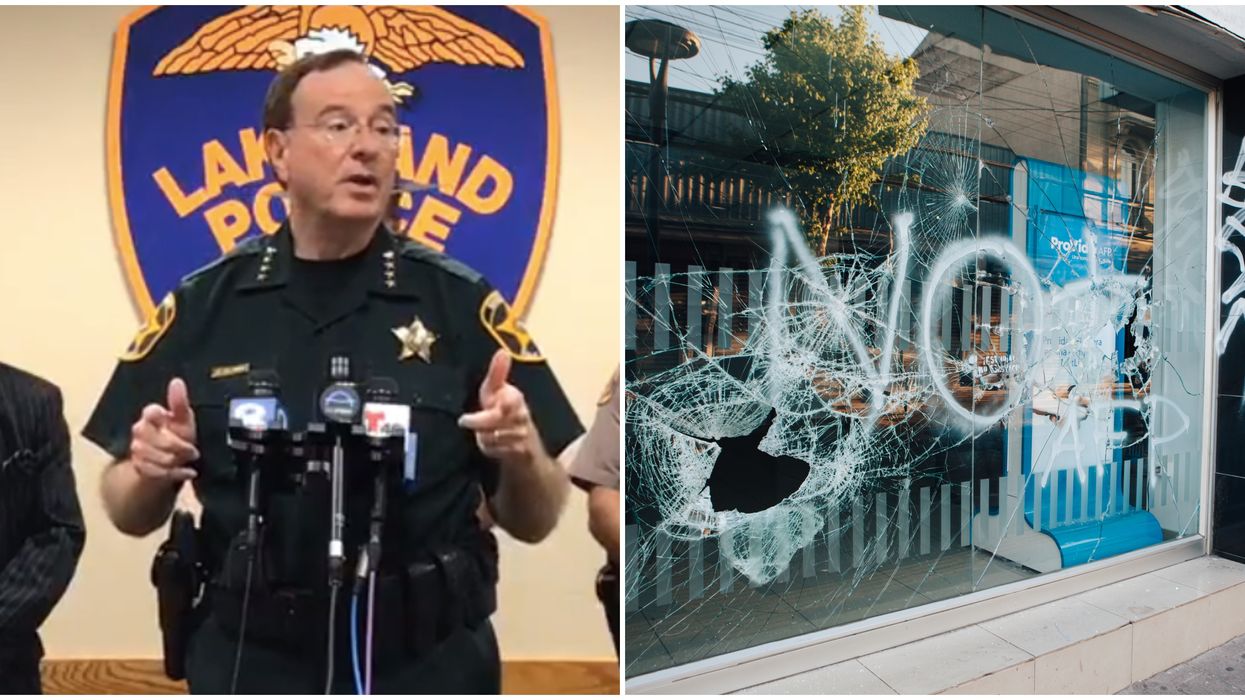 Streets across the country this past weekend were filled with thousands of protesters following the death of George Floyd in Minneapolis. As protests in Florida continued on Monday, Polk County's Sheriff held a briefing to discuss details surrounding protests and curfews. During the meeting, Sheriff Grady Judd said if individuals come to harm citizens, there could be dire consequences.

The meeting touched on the peaceful protests going on in Polk County, curfew, as well as addressed rumors circling around social media on Monday stating that riot activity might find its way into county neighborhoods.

“We have received information on social media that some of the criminals are going to take criminal conduct into neighborhoods; I would tell them if you value your life, you probably shouldn’t do that in Polk County,” said Sheriff Judd in the video posted on Facebook.

The sheriff also commented on the death of Floyd, saying that it was "outrageous," and if it happened here, "[the officer] would have been locked up in the county jail by sundown.”

Sheriff Judd didn't condone any rioting and looting in the county and extended the curfew that was in place from 8:00 p.m. last night until 5:00 a.m. on June 2.

In the announcement, Sheriff Judd also thanked those who have been peacefully assembling after a weekend of protests.

With nearly 3,000 comments, many were praising Judd for his efforts, while others weren't as thrilled with the sheriff and expressed disagreement.

One Facebook user stated, "We are beyond blessed to have a sheriff like you! Thank you for keeping our community safe! Get em Grady!"

While another user commented, "Anything to get on television, eh Grady?"

The curfew ended this morning, and as of publication, there hasn't been an announcement of an extension. However, the Polk County Sheriff's Office has been providing updates to the public on its Facebook page during this time.