Not your typical move. 🚚🏠 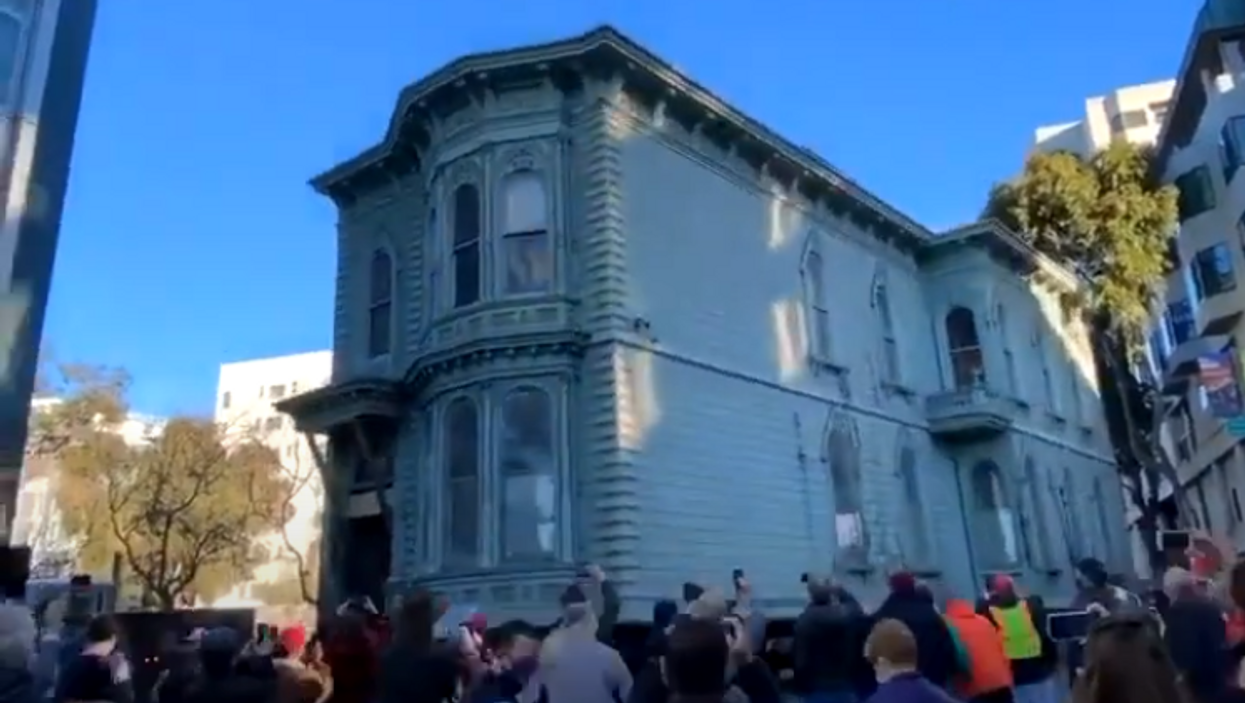 It's not often you see an entire historic house rolling through the streets on your morning walk.

The citizens of San Francisco were treated to this incredible sight, as a two-story Victorian house was moved to a new address after sitting still for over 139 years.

Editor's Choice: You Can Stay The Night In This Actual 1800s Victorian Mansion In North Texas

1 mile per hour Max speed of the moving truck

Crowds of locals gathered to see the house make its first, and probably last move, which had apparently been planned for years according to the San Francisco Chronicle.

The house mover, Phil Joy, told local media the move was especially tricky because the first part of it was downhill, leading to multiple parking meters being ripped and tree limbs being broken.

Tim Brown, the owner of the house, reportedly had to pay roughly $400,000 in fees and moving costs.

The house previously sat at 807 Franklin St, but it can now be found at 635 Fulton Street.

Just over one year since he and Meghan Markle made the move to America's west coast, Prince Harry has landed a new job.

The Duke of Sussex has now assumed the role of chief impact officer at a Silicon Valley startup known as BetterUp, which specializes in improving the mental health of employees at major corporations.

GoFundMe For 75-Year-Old Asian Woman Who Was Attacked Has Now Raised Over $600,000

She was assaulted on Market Street in San Francisco but fought back.
Sergiy Beketov | Dreamstime

On Wednesday, March 17, a 75-year-old Asian woman was attacked while shopping in San Francisco, but was able to fight off the attacker, according to CNN.

The woman, who has been identified as Xiao Zhen Xie, received "two serious black eyes" and a swollen wrist from the incident, and is no longer comfortable leaving her home, according to a GoFundMe page set up by her grandson, John Chen.

This whimsical work of art has its own story.
deepa__rao | Instagam marioncapel_ | Instagram

This secret staircase in San Francisco will lead you to breathtaking views of the city from above.

The 16th Avenue Tiled Steps are a gorgeously designed mosaic staircase in the Golden Gate Heights district of S.F.

You Can Discover This Whimsical Rainbow Staircase Hidden In California