One man was shot. 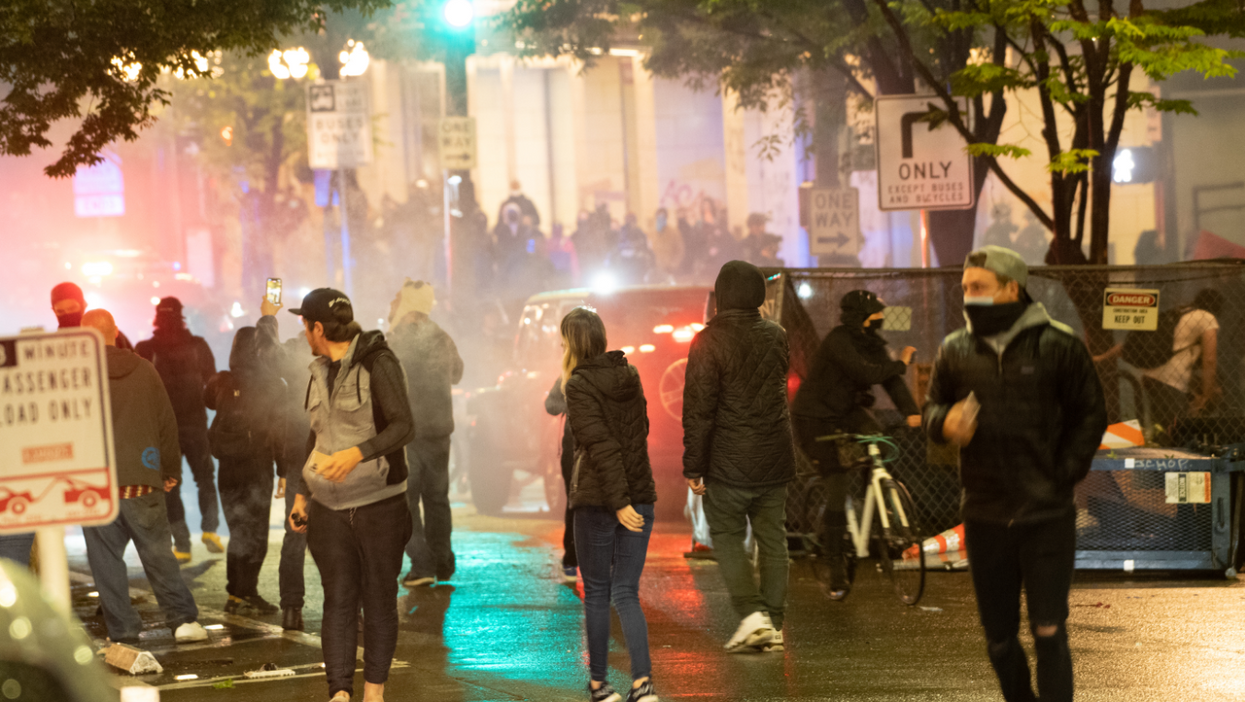 Protests escalated in the city on Sunday, resulting in dumpster fires, police force, and a shooting. Last night, an armed suspect drove into a crowd of Seattle protestors and shot a man in the shoulder. As he exited the car and headed into the group, the unidentified gunman was apprehended by the Seattle Police Department.

This article contains graphic content that might not be suitable for some readers. This article includes video footage featuring violence.

Videos from the incident circled the internet last night, showing the scene of a black sedan driving into demonstrators at 11th Avenue and Pine Street in Seattle’s Capitol Hill neighborhood.

In a video taken by a Seattle protester and Twitter user brooke_irelynd, the scene turns into chaos when the focus of the video turns towards the vehicle entering into the crowd and hitting a barricade.

Flocks of people rushed to the car to stop the driver until a gunshot is heard in the video.

The crowd around the car started to disperse, and you hear protestors warning others of a shooter in the area.

The victim, a 27-year-old male, approached the car and was later taken to the hospital for a gunshot injury. He was able to walk off the scene with the help of medics and was taken to Harborview Medical Center.

#seattleprotest in this video I took you see the man in the red and black sweater get shot by a driver in an attemp… https://t.co/V05CQOoa5L
— Brooke Irelynd (@Brooke Irelynd)1591588721.0

The shooter was taken into custody by the SPD, and the motivation for the shooting is still unclear.

Sunday night was the tenth daily demonstration in the city, with thousands of Washingtonians marching in the streets to protest police brutality following the death of George Floyd.

According to an article from KOMO News, “as the clock approached midnight, the protests broke down into dumpster fires, explosions, and chaos.”

The police reported that a National Guardsman was hit in the head with a bottle, which prompted the SPD to warn the crowds to push back, followed by explosions of flashbang, tear gas, and the use of less-lethal rubber baton rounds.

This follows breaking news last Friday that Police Chief Carmen Best had banned the use of tear gas by SPD for 30 days.