Get used to the sippy cup. 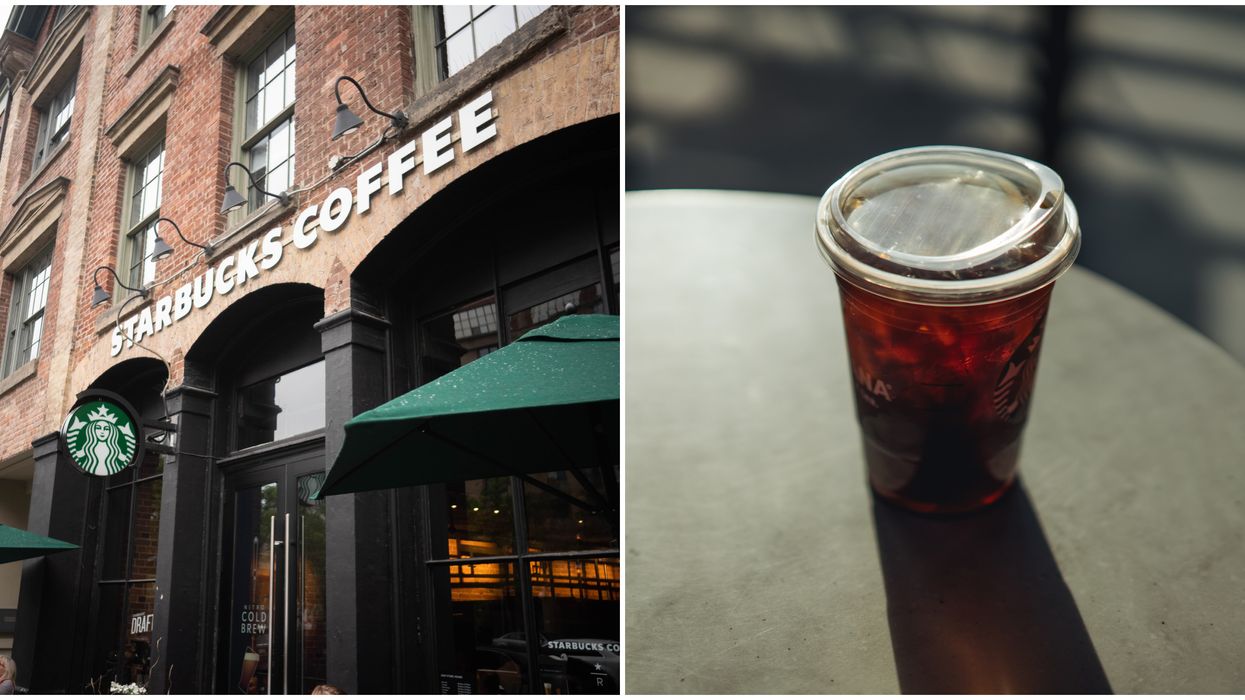 It's time to say goodbye. Starbucks Canada straws for iced drinks are officially gone across the country so there's a new way to sip now. However, there are still ways to get one if you really want to.

As of September 10, all iced beverages at Starbucks locations across Canada will come with a recyclable strawless lid.

That means no more straws for iced coffee, tea, espresso, and Starbucks Refreshers.

This has been tested in certain parts of the country over the last year but if you haven't already tried using the lids as part of the trial, it might take some getting used to.

They're pretty simple to use though because it's just like sippy cups for adults and they are modelled after the ones you get with hot drinks.

The new strawless lids will differ depending on the type of drink you order.

So nitro cold brews come with a wider tear-drop shaped opening while regular iced coffees have slightly smaller ones.

This is all part of the chain's plan to phase out plastic straws and eliminate one billion of them each year all over the world.

The new lids have about 9% less plastic than the flat one that comes with a straw.

They can be recycled in many parts of Canada because they're made from polypropylene which meets guidelines for recyclability.

Straws aren't gone from Starbucks for good though.

Frappuccinos and other drinks with whipped cream will come with a straw and the same domed lid made from recyclable plastic that we're all used to.

If for some reason you still want a straw for other iced beverages, they're available in stores.

You just have to ask for one.

The coffee company recently introduced its fall menu across the country with a new drink that's exclusive to Canada.

Now you can have some of the seasonal drinks with the new strawless lids.

Someone in Toronto set a delivery record with Uber Eats for ordering Starbucks 342 times in one year!