This person must love Starbucks a latte! 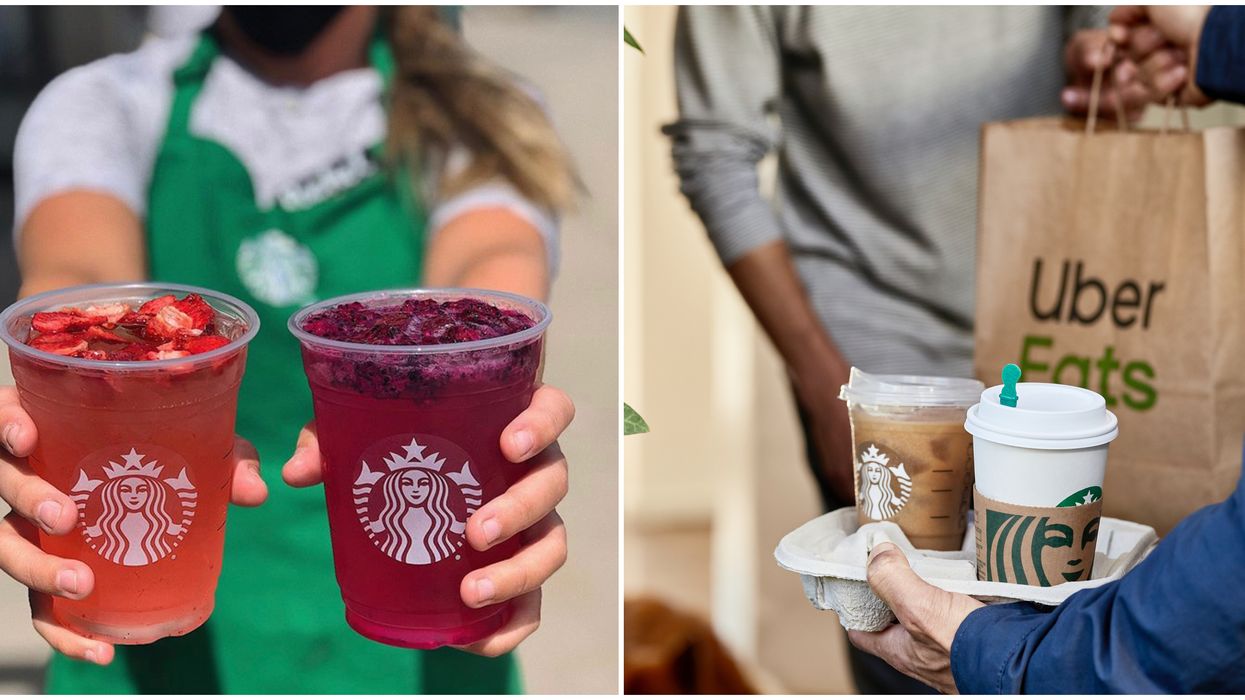 Is there such a thing as too much coffee? This person doesn't seem to think so. It looks like someone in Toronto has a venti-sized Starbucks addiction. The Uber Eats Starbucks delivery record was just set for the highest amount of orders in Canada, and someone from Toronto takes the prize.

Hold onto your mugs, because this news might make you drop your coffee.

Uber Eats has just celebrated its one year anniversary of Starbucks delivery in Canada.

Editor's Choice: Air Canada Is Having A Huge Sale & Flights To Literally Anywhere Are All 25% Off

The app shared some fun facts with Narcity, including the most amount of Starbucks delivery orders placed in the span of a year.

A Torontonian ordered Starbucks from Uber Eats a whopping 342 times in one year. That's nearly an order a day!

While it's unclear what the specific orders were, this person definitely deserves some extra whip on their next drink.

The largest Starbucks order placed through the app also took place in Toronto.

Despite these records, Ontario didn't even make the top three when it came to the province that ordered the most coffee.

British Columbia came in first as the most caffeinated province, followed by Alberta and Manitoba.

Sorry Pumpkin Spice Latte fans, but this iconic latte isn't what most Canadians are craving.

In the spring, Uber Eats revealed to Narcity the most ordered food in Canada between March 16 and May 10, 2020, and it wasn't even poutine.

Butter chicken was the most sought-after dish, but poutine still scored second on the list.

If you thought you had a coffee obsession, it looks like you're not the only one based on the Uber Eats Starbucks order trends!