The Premier urged Ontarians not to waste the app. 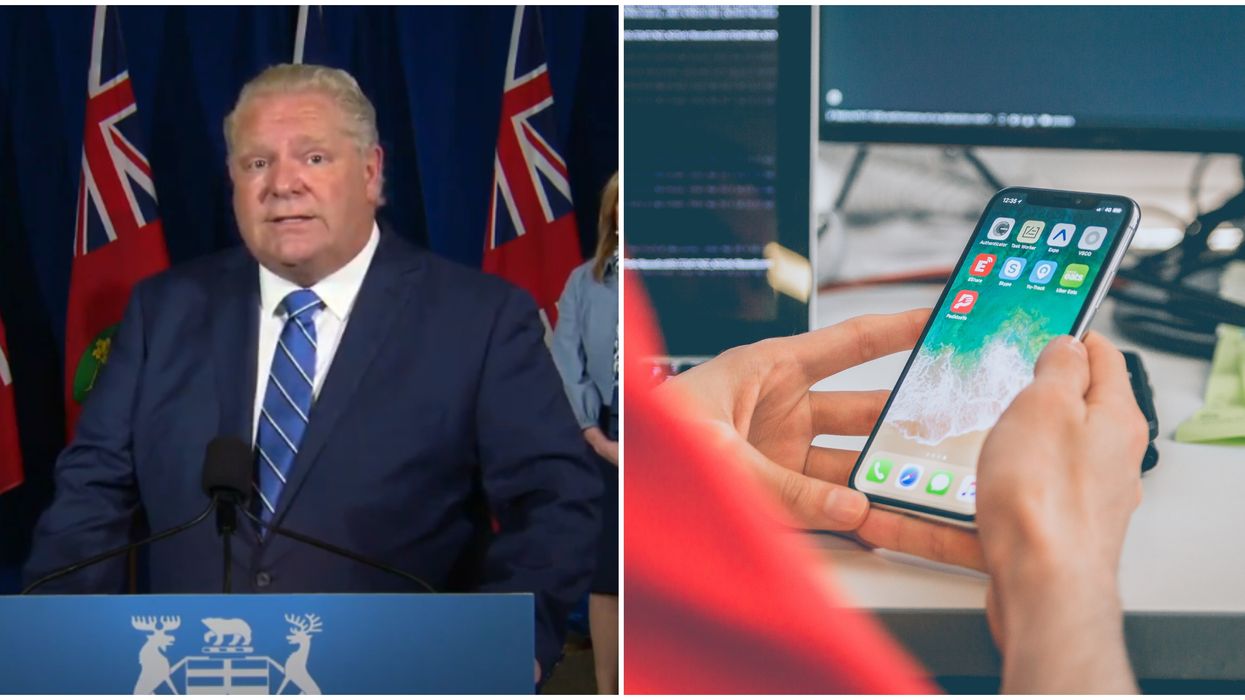 Better COVID-19 tracking is coming to Ontario in July. Premier Doug Ford and health staff said at his daily media briefing on June 18 that Canada's contact-tracing app will be ready to be used in the province on July 2. However, Ford stressed that the measure will only work well if everyone uses it.

Ontario staff offered more details later on Thursday in their own briefing.

The Canadian Press reports via Global News that the smartphone app will launch in Ontario only on July 2.

Per a provincial government release, it will be called COVID Alert.

And Ford's main message about the app was that, while it will remain entirely voluntary, as many people as possible need to use it for it to work well.

"It's really really critical that people download the app," he said.

Ford went on to stress that personal privacy for app users was "our number one priority."

The Ontario release details more about how the app will work.

Users will be notified anonymously if they have been exposed to someone who has tested positive for COVID-19 in the last 14 days.

It will also provide quick access to Ontario's public health resources, and recommend any necessary actions, such as symptom monitoring, self-isolation, or getting tested.

It also notes that the fact the app is national means that even Ontarians in other provinces will be notified.

The announcement about the app comes just 24 hours after Peel Region's Medical Officer of Health, Dr. Lawrence Loh, urged residents to keep a journal of who they see and touch and where they go to help with contact tracing.