But it's a "very small number of doses," the Premier says. 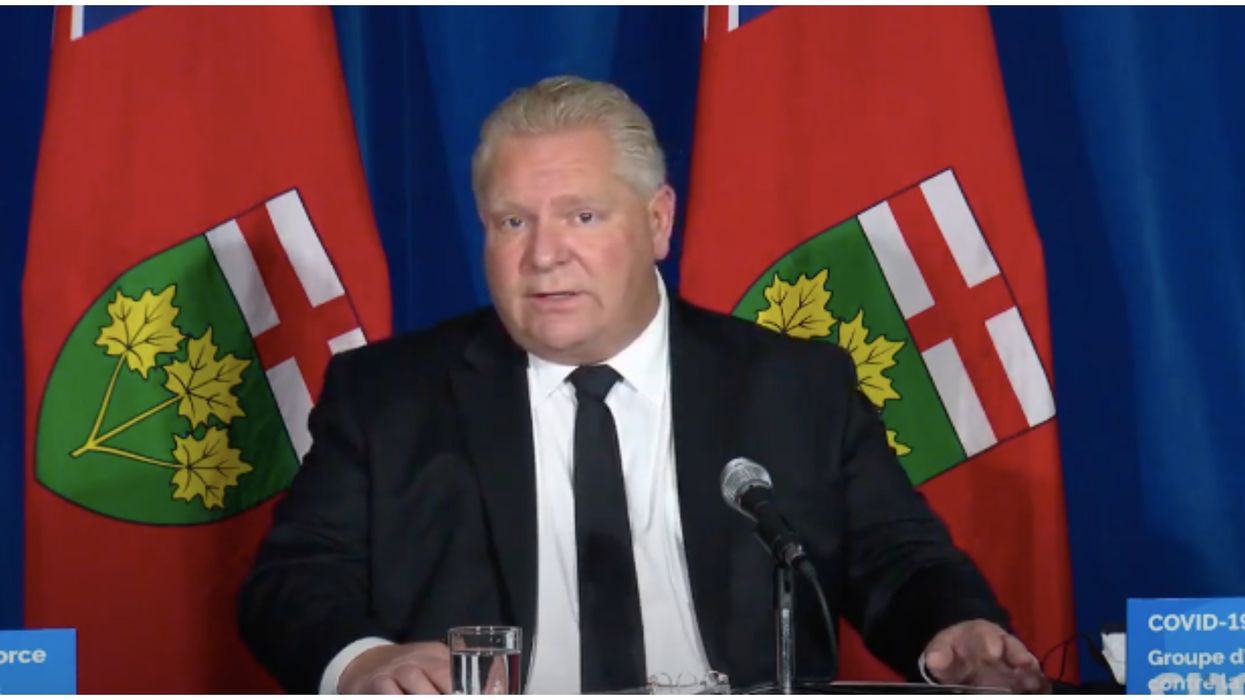 Ontario Premier Doug Ford announced today that Canada's COVID-19 vaccine could be distributed in Ontario as early as next week.

Speaking at a press conference on Monday, Ford said that the province is ready to distribute the "very small number" of vaccines once they do arrive.

But the premier said there was still a long way to go before everyone could get one.

"We're still very far — I gotta repeat that, very far — from having the millions of vaccines that we need for mass immunization," Ford said.

Editor's Choice: Trudeau Says Thousands Of Pfizer Vaccines Could Arrive In Canada By Next Week

Our first shipments of a very small number of doses could arrive as early as next week. Doug Ford

General Rick Hillier — the former Chief of Defence Staff for the Canadian Forces who was recently placed in charge of Ontario's vaccine distribution — said the province has a three-step plan for handing out vaccines.

Hillier said he anticipates Ontario will receive approximately 85,000 doses of the vaccine in the first shipment, which is enough for around 42,500 people.*

He said health workers and the province's most vulnerable populations will be prioritized in Phase 1, which will last approximately two or three months.

But he added he knows there will be more demand than vaccine availability in the short term.

At a press conference this morning, Prime Minister Justin Trudeau announced that Canada was getting its shipment of vaccines sooner than expected.

As many as 249,000 doses of the Pfizer/BioNTech vaccine are expected to arrive in the first shipment, which could touch ground in Canada as early as next week.