The glass bottles nearly hit officers as they were tossed onto the road. 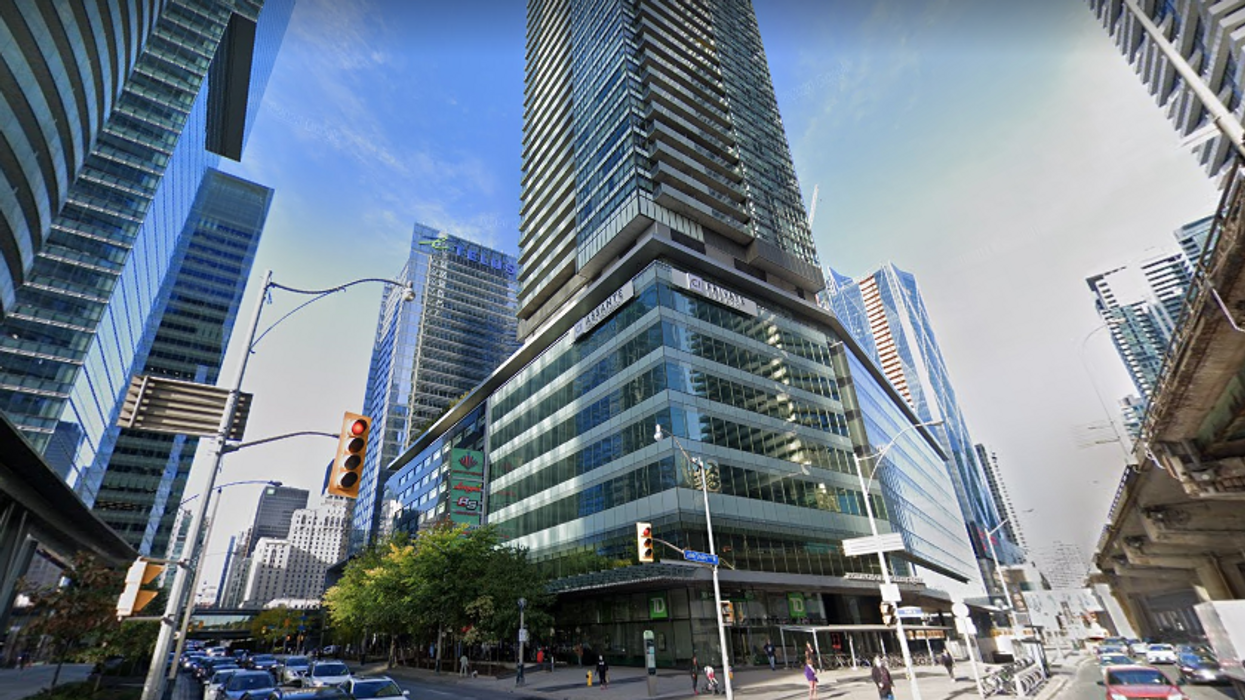 Four individuals have now been charged for allegedly throwing bottles off a Toronto condo balcony on Sunday afternoon.

Police had initially warned the public of the incident, saying that it posed a "significant danger" to pedestrians in the York Street and Lake Shore Boulevard area.

Editor's Choice: Google Has Over 70 Job Openings In Ontario Right Now & Some Of Them Are So Unique

Glass bottles were tossed off the balcony to the roadway below, narrowly missing and endangering officers on the ground. Toronto Police Service

Officers arrived at the 35th-floor condo, which they describe as a short-term rental unit. There, they discovered that a gathering of 14 people was taking place.

Police stated that seven people were charged for the gathering under the Reopening Ontario Act. Four were charged criminally for the alleged bottle-throwing.

These included mischief endangering life, which is the same charge that Toronto's Marcella Zoia faced for tossing a chair off a high-rise balcony.

"The police would like to thank the members of the public for providing video and photo images that assisted in the investigation," they said in the release.