It's giving Quebecers and Ontarians something to bond over. 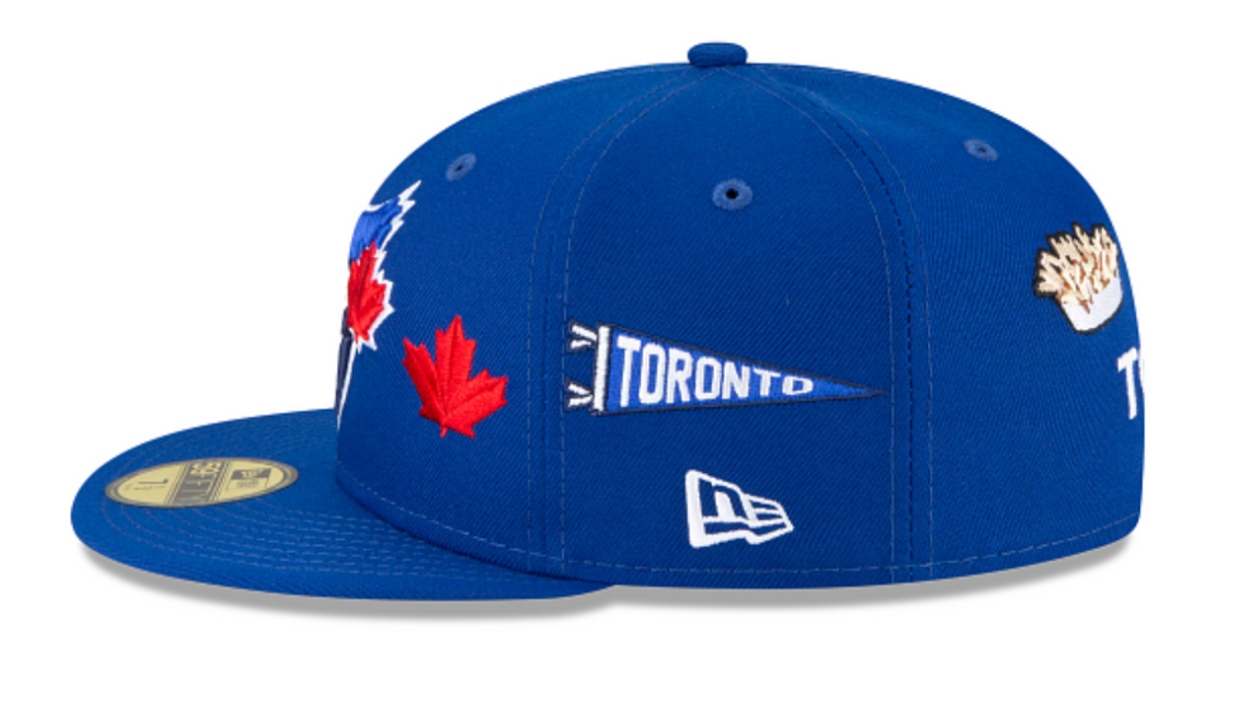 Ontario and Quebec may have a longstanding rivalry in every professional sport, but they have set aside their differences over this Toronto Blue Jays hat by New Era.

The cap, which was launched in November 2020 as part of the "Local Market" collection, features the team's logo and Toronto's 416 area code in the front and a poutine patch on the back. The hat has since been pulled from the store's website.

Dozens of Twitter users took aim at the cap's design, questioning the decision to include the Québécois dish as opposed to any other symbol of Toronto's culture.

"I'm super offended that they couldn't find anything distinctly Toronto, and messed up the area codes. Like, at least slap the CN Tower and a trash panda on there," one tweet reads. "Take our poutine off this [hideous] crap -Signed a Montréal Expos fan," says another.

A New Era media representative told Narcity that some of the caps from this collection were removed from the website, citing an issue with the area codes featured on them. "It recently came to our attention that a few caps omitted a relevant area code. In light of this, we removed the collection from our website so we could review the design accuracy of all the caps. We apologize for any unintentional design mistake with regard to this collection," they said.