Even Drake was making the comparison. 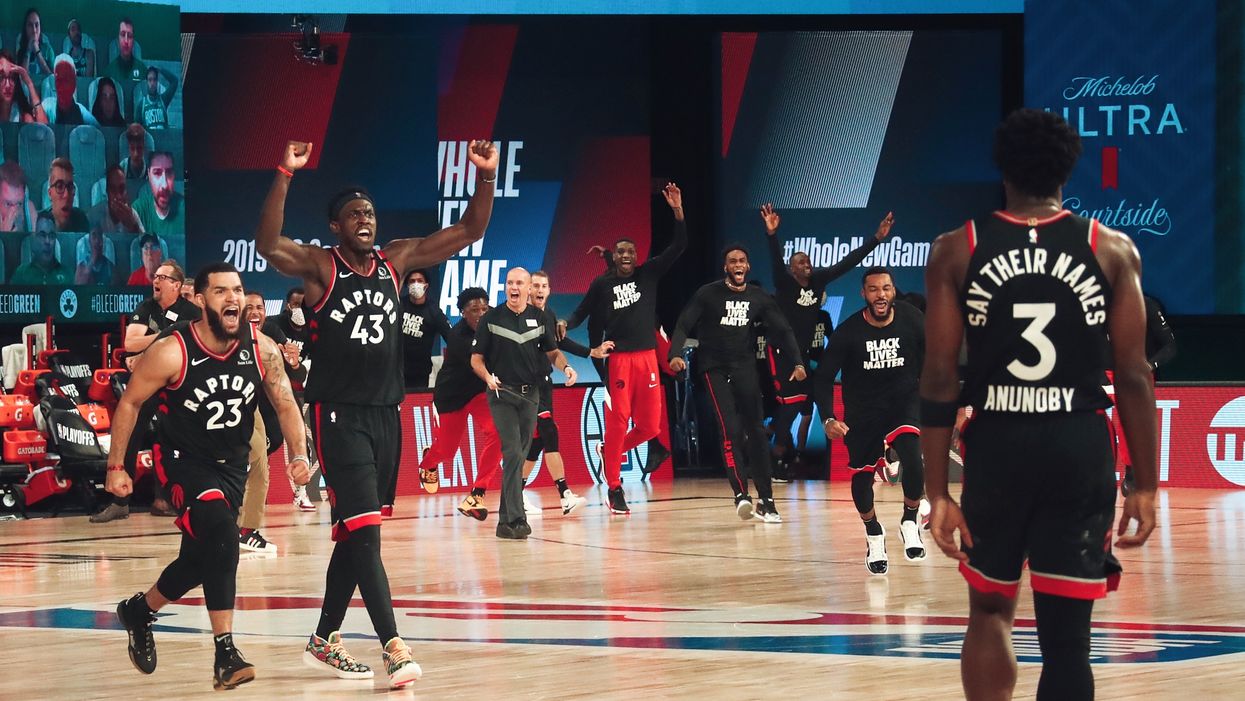 The Raptors are back in the game. OG Anunoby scored the team a last-minute win during the game's final moment and their reaction was priceless. The Raptors' buzzer shot against the Celtics has people comparing the moment to Kawhi.

It was a close call that scored the Raptors a win of 104-103 against the Boston Celtics on Thursday and the team was overjoyed.

Anunoby was caught shooting for the basket in the final seconds, a score that won the team the game.

Kyle Lowry's reaction stood out the most and his beaming smile after the win was infectious.

However, OG didn't seem as celebratory as the rest.

"That was my shot, I expected to make it. I don't shoot trying to miss. Every shot I shoot, I try to make it, so... I was not surprised."

Of course, this isn't the first notable buzzer-beater for the team and many are comparing it to Kawhi's famous shot from last year.

Some have even been posting photos of the Kawhi buzzer-beater shot, but with photos of Anunoby's face replacing the former Raptor's.

Even Drake was spotted making the comparison and posted his own meme with a photoshopped Anunoby on the Board Man's body.

After a rough start, with two losses to Boston, it was a welcome celebratory moment for the Raptors.

Nick Nurse kept his team encouraged after their rough week, saying "I think we should know we shouldn't give up. We know the next game is supercritical."

He was right, and what a win!

The Raptors have another game against the Celtics coming up on September 5, and here's hoping memories of this triumph will carry through to the next game.