She says their offer to compensate her with free lunch was "insulting." 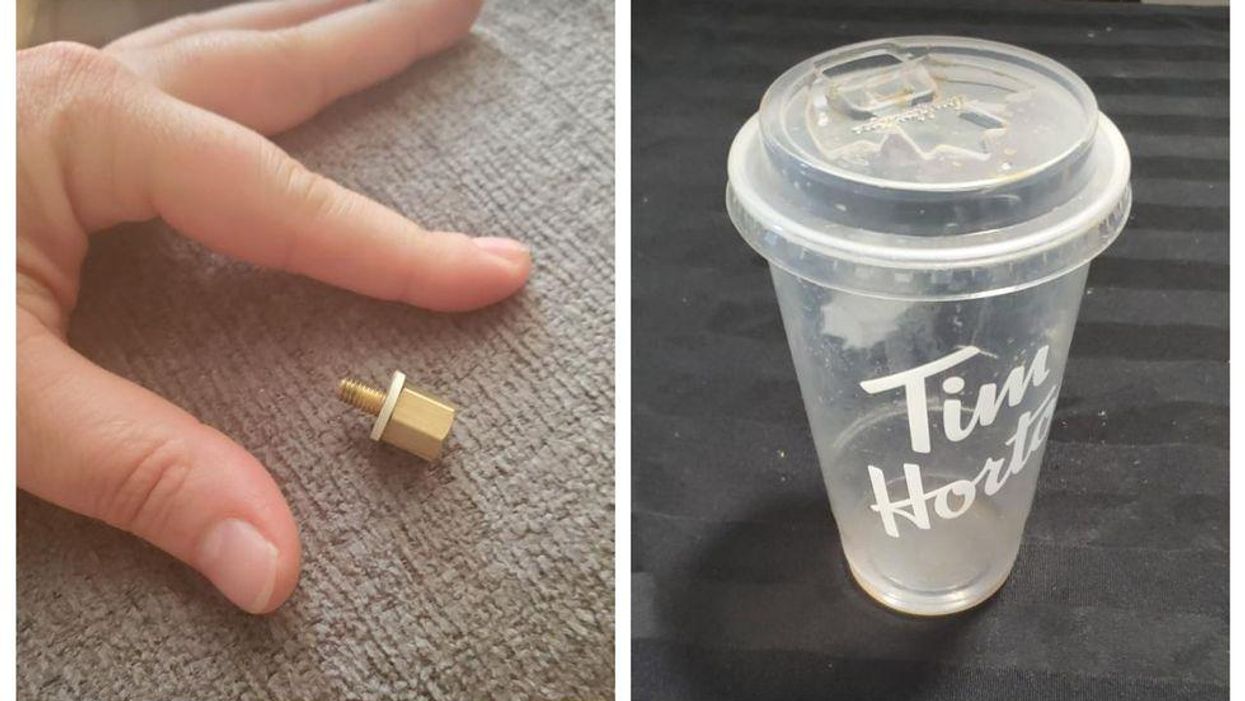 A woman from Port Colborne was left feeling shaken recently when she discovered a screw in her Tim Hortons coffee, moments after it became lodged in her throat.

Carolyn Wells told Narcity over the phone that her daughter had brought the coffees over to her house from a nearby Tim Hortons for them to enjoy in late April and was able to save her from choking by pounding on her back.

"I started choking, I couldn't breathe," said Carolyn Wells to Narcity, who had originally thought she was choking on an ice cube.

Wells immediately got in contact with the location and was told by an employee that the manager would call her the following day. When she was contacted, a manager told Wells that the screw "didn't come from their store" and "said that it must have fallen into [her] coffee from [her] daughter's car."

However, after filing an incident report, she was contacted by another manager, who said that the screw did in fact come from one of their machines.

Wells said that on May 12, the owner of the Tim Hortons store reached out to her and said that "the most she could do was apologize and give [her] a lunch" — she also said she could give her a $100 gift card but "didn't want it to feel like a bribe," Wells said.

"We were really sorry to hear about this guest's experience," said a Tim Hortons media representative in a statement to Narcity. "The restaurant owner and their team apologized after being contacted by the guest and conducted a thorough investigation to understand what happened. It was determined this concerning situation was an isolated incident at this restaurant."

"I felt that the whole thing wasn't taken seriously enough," said Wells. "If it wasn't for my daughter [...] I wouldn't be here to tell this story right now."